Anthony Davis led Los Angeles with 31 points and James finished with 23 in 32 minutes. They each had six rebounds and two assists.

James had missed eight games with an abdominal strain, and the Lakers went 3-5 while he was sidelined. They've lost their last four road games.

The teams who have accounted for nearly half of the NBA's championships with 17 apiece renewed their rivalry in front of a raucous TD Garden crowd that made it seem like a playoff atmosphere from the opening tip.

Hall of Famer Bill Russell — introduced as a "true Celtics legend" when he was welcomed back by the PA announcer and shown on the Jumbotron midway into the opening quarter — was seated courtside wearing a hat with the initials "KB" encircled in a yellow heart on the front for the late Lakers star Kobe Bryant.

The Lakers made nine of their initial 12 shots en route to a 38-30 lead after one quarter.

James' first basket came on a thundering dunk off a drive down the lane 2 ½ minutes into the game.

Boston erased a 14-point deficit in the second quarter and took the lead before James' fast-break layup gave the Lakers a 61-60 halftime edge.

The Celtics opened the second half with a 14-4 surge and led 93-82 entering the fourth. 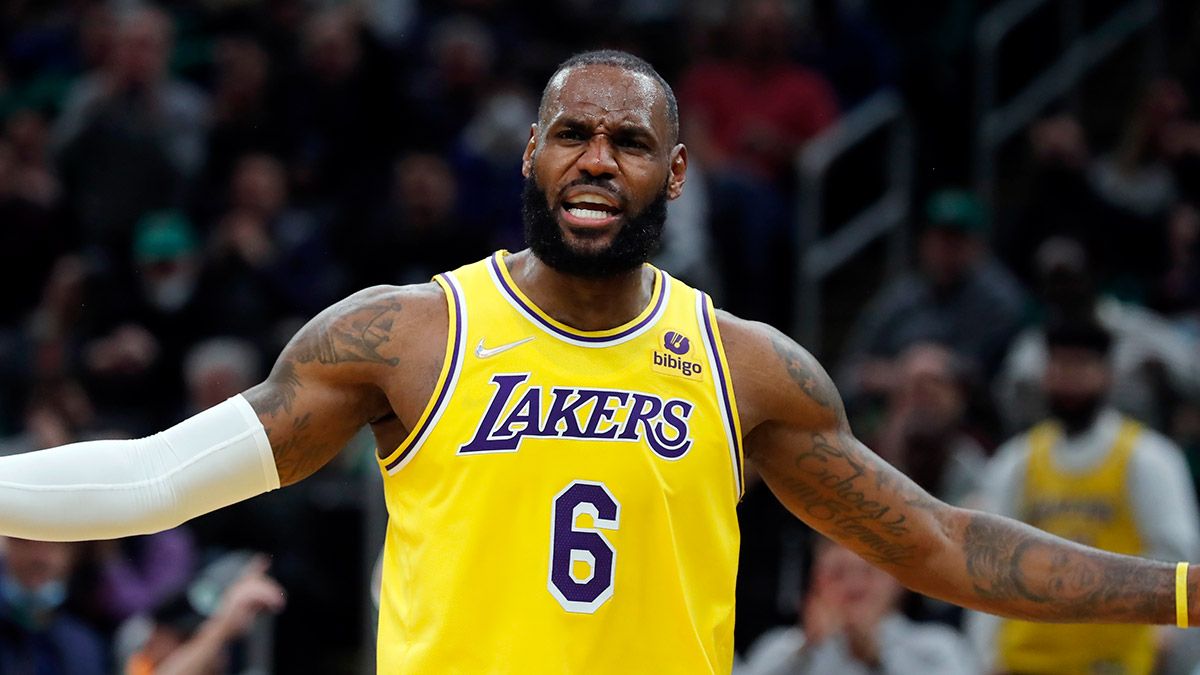 LeBron James has 23 points in 32 minutes of action after missing eight games.

Lakers: Davis had been listed as probable with a right thigh injury. … Asked before the game what the Lakers missed without James, coach Frank Vogel said: "Just quarterbacking it, and leading and running the team." … It was their second of a five-game road trip.

Celtics: Coach Ime Udoka said F Jaylen Brown is "close" to returning and "really wanted to play" on Friday. The team's leading scorer at 26.5 points per game missed his seventh straight with a right hamstring injury. … C Robert Williams III missed his second straight with a left knee injury. … Paul Pierce, who went into the Naismith Memorial Basketball Hall of Fame this year, was also courtside along with Patriots owner Robert Kraft and a few Pats players.

Udoka said that his boss, Brad Stevens, the former Celtics coach before becoming the team's president after last season, explained what the first-year coach was about to experience running his first game against the Lakers.

"He said: 'Buckle up,''' Udoka said. "The city is clamoring for this matchup all the time."

FROM THE OTHER SIDE

Vogel, in his third season with LA, has already been involved in the rivalry. He didn't hesitate when talking about the matchup before the game.

"It's the best in all of sports in my opinion,'' he said.

Vogel was also an assistant with the Celtics from 2001-04.

Lakers: At Detroit on Sunday.