Schroder steady in endgame as Celtics earn split with Cavs

Al Horford had 17 points and nine rebounds, and Schroder and Marcus Smart each scored 14 as Boston (7-7) won for the third time in four games. Tatum also had eight rebounds, five assists and two blocks.

On Saturday, Darius Garland made two free throws with 9.4 seconds left as Cleveland rallied from a 19-point deficit in a 91-89 win over Boston. Both teams played their third game in four nights.

Ricky Rubio scored 26 of his 28 points in the second half and Cedi Osman had 26 points and five assists off the bench for the Cavaliers (9-6), who have won six of eight.

Cleveland rookie Evan Mobley missed all 11 of his field goal attempts and finished with one point, nine rebounds and five assists before heading into the locker room for undisclosed reasons early in the fourth quarter.

The Cavaliers appeared to take a 90-88 lead with 1:51 left, but Denzel Valentine's back foot was out of bounds on a 3-pointer. Schroder made back-to-back baskets to extend Boston's advantage to 94-89, then tacked on two free throws to close out the scoring.

Mobley, the third overall draft selection from USC, started at center for the first time after top rebounder Jarrett Allen fell ill before the game.

Tatum scored 10 points in the third as Boston went ahead for the first time and held a 65-64 advantage. Rubio had 14 points in the period, which featured five lead changes and seven ties.

The Cavaliers went ahead by 11 in the first and second quarters before carrying a 39-37 lead into the break. Mobley had one point, five rebounds, four assists and three turnovers, while Grant Williams paced Boston with nine points.

Isaac Okoro scored nine points and Osman had seven in the first as Cleveland held a 22-19 advantage. Tatum had six points and Robert Williams III grabbed six boards before exiting with a sore left knee. 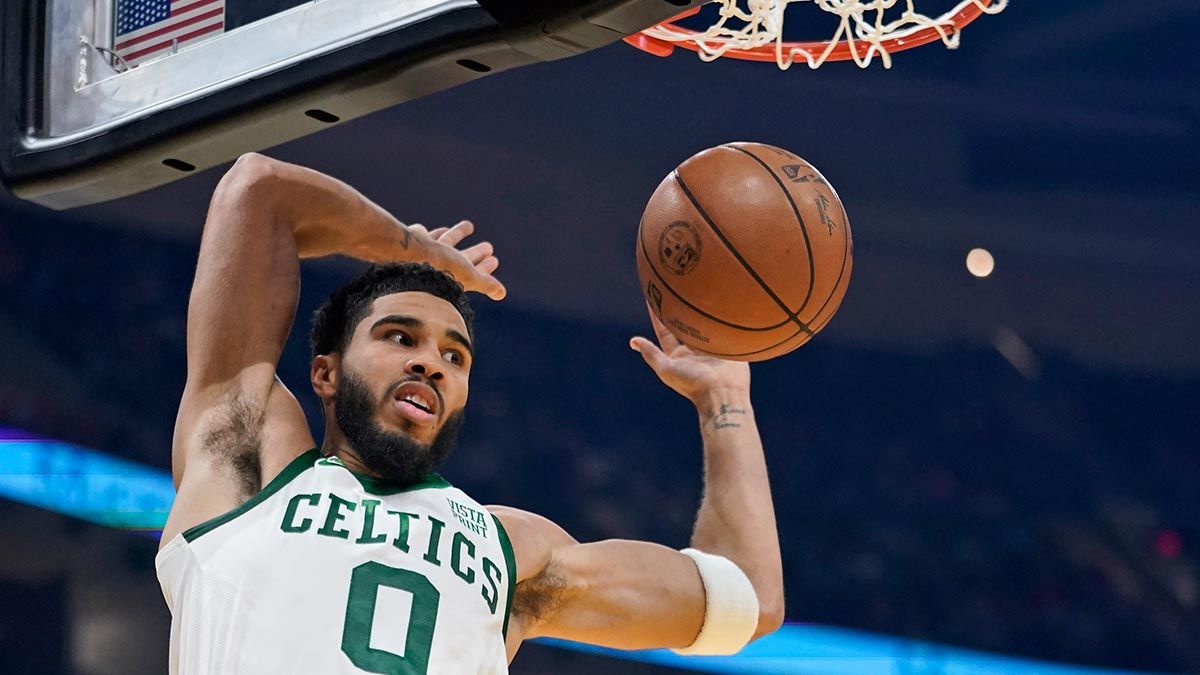 Schroder averaged 26.5 points in his first four starts filling in for injured G Jaylen Brown, but coach Ime Udoka said Schroder will return to a bench role once Brown returns. "We like our regular starting lineup," Udoka explained. "Dennis is a pseudo sixth starter for us, coming off the bench and finishing games." Brown missed his fifth game with a strained right hamstring, but went through some drills earlier in the day.

Celtics: C Enes Kanter only appeared in two of Boston's first 13 games — totaling 10 minutes — and tweeted a flip-card animation with the caption, "Keep limiting me on the court, I will expose you off the court." Udoka said he talked with the outspoken Kanter about the post, telling him playing time is awarded for basketball reasons only. … G Brodric Thomas (left shoulder sprain) has not played this season.

Cavaliers: F Lauri Markkanen is no longer in the NBA's health and safety protocols for COVID-19, but missed his seventh game in a row. Markkanen and F Kevin Love are both working on their conditioning before returning to game action. … F Lamar Stevens (right ankle sprain) was inactive for the second straight game, while G Collin Sexton (left meniscus tear) is out indefinitely. Sexton was hurt on Nov. 7 at New York.