Tatum, Horford score 30 each as Celtics down Bucks to tie series

The two teams have alternated victories in this best-of-seven series, which continues on Wednesday with Game Five in Boston.

Horford scored 16 points and Tatum 12 in the fourth quarter alone to help the Celtics outscore the defending NBA champion Bucks 43-28 in the final period. Horford's 30 points were a career playoff high for the 35-year-old veteran.

Tatum scored eight points and Horford had six during a 14-2 run that put the Celtics ahead for good and gave them a 106-96 advantage with 3:33 left. The Bucks wouldn't cut the margin below six the rest of the way.

Giannis Antetokounmpo had 34 points, 18 rebounds and five assists for the Bucks.

Tatum had 13 rebounds and five assists while bouncing back from a poor Game Three, when he had 10 points and shot 4 for 19. Jaylen Brown and Marcus Smart each added 18 points for the Celtics.

Horford sparked the rally after Boston trailed by 11 late in the third quarter.

The Celtics tied the game when Horford capped a 10-0 run by driving the baseline and dunking while drawing a foul on Antetokounmpo with 9:51 left. Horford, who normally isn't very expressive on the court, celebrated the dunk by screaming and pumping his fists.

As Horford landed after completing his dunk, his left arm hit Antetokounmpo's face, resulting in a technical foul. Jrue Holiday and Horford each sank free throws to make it 81-all.

Horford was just getting started.

After Milwaukee's Brook Lopez scored the game's next four points to put the Bucks back ahead, the Celtics responded with a 7-0 run and broke an 85-all tie on Horford's 3-pointer with 8:08 left. 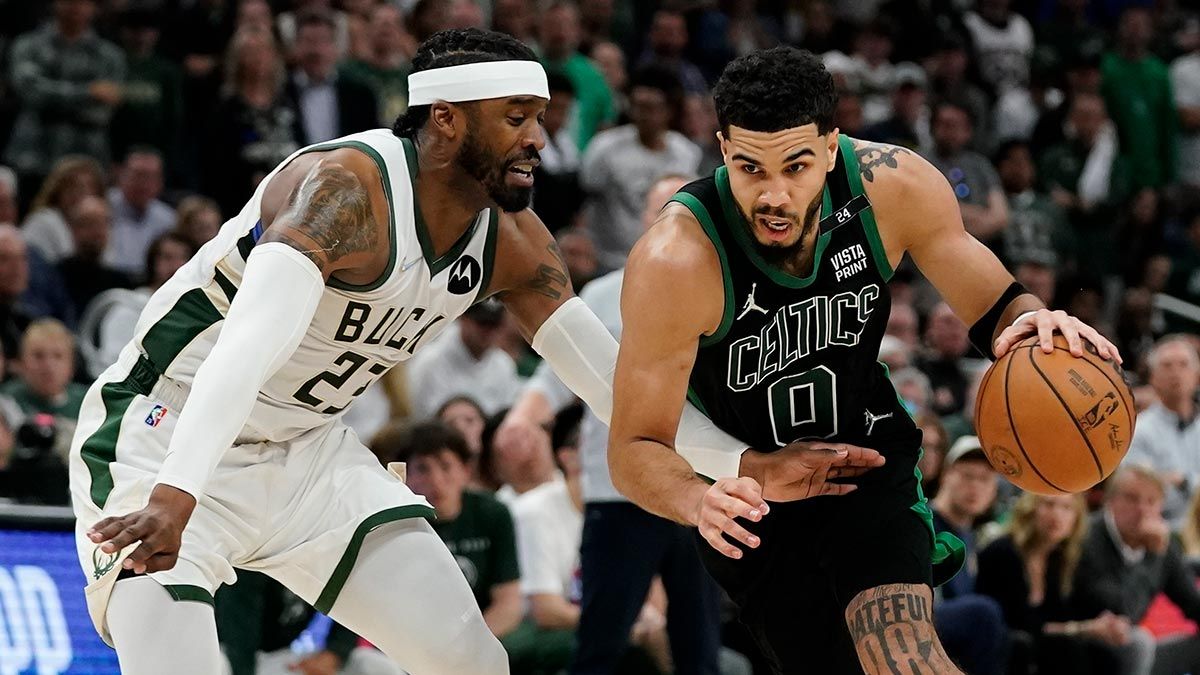 The Bucks regained the lead 94-92 when Antetokounmpo hit a driving layup and drew a foul on Horford with 6:02. But after Antetokounmpo missed the free throw, Horford started the 14-2 run that put the Celtics in control.

The Celtics were playing without post player Robert Williams because of soreness in his surgically repaired left knee. The Bucks played a seventh straight game without three-time All-Star forward Khris Middleton due to a sprained medial collateral ligament in his left knee.

Celtics coach Ime Udoka expressed optimism before Tuesday's game that Williams would be available for Game 4. The Bucks haven't given an indication on when Middleton might return.

Celtics: Grant Williams replaced Robert Williams in the lineup and made his first career playoff start.