The Celtics shot 57.3 percent from the floor and finished 19 of 40 from beyond the arc. They also hit all 11 of their free throws.

The Nuggets couldn't nearly keep up. They got 23 points from Nikola Jokic, shot 40.2% from the floor and hit 14 of 39 from long-range.

Tatum and Payton Pritchard each hit four 3-pointers before the break, sparking the Celtics on a 46-21 run to close out the first half. Boston scored its last 15 points of the second quarter on 3-pointers, and Tatum's half-court heave at the buzzer rimmed out.

Pritchard added a 3 in the closing minutes, finishing 5 of 5 from behind the arc before adding a late layup to finish with 17 points. Grant Williams added 13.

Jokic led the Nuggets in scoring, but the reigning MVP missed 14 shots in the first half and finished 8 of 23 from the floor.

Nuggets coach Michael Malone made a statement by starting the second half with his bench players on the court — Austin Rivers, Bones Hyland, DeMarcus Cousins, Davon Reed and JaMychal Green.

The Celtics called a timeout 1:17 into the third quarter when the Nuggets' backups started the second half on a 7-2 run. After a timeout, Boston settled in again, and the Celtics resumed their torrid shooting touch, pushing their lead to 90-62 late in the third quarter.

Denver trailed by 28 points, but the Nuggets used a 14-4 run to pull to 102-86 on Aaron Gordon's rim-rattling dunk following a steal by Jokic.

Aaron Gordon had 13 points for Denver. 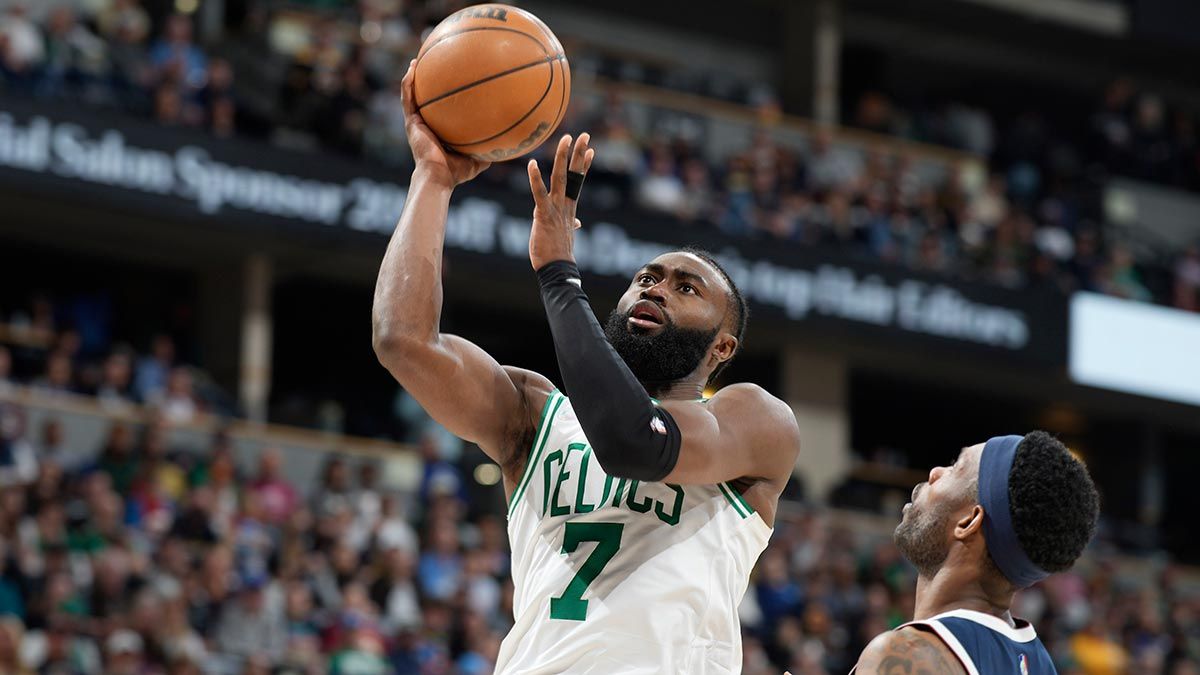 Celtics: F Aaron Nesmith sat out with a sprained right ankle. He hasn't played since March 3 vs. Memphis. ... Boston closed the first quarter on an 11-5 run with Jokic on the bench as Daniel Theis hit a jumper, a 3-pointer after saving an errant pass and an alley-oop dunk before Tatum closed the quarter with an uncontested 3.

Nuggets: Jokic led all scorers with a dozen points in the first quarter, but his tough night shooting the ball was already apparent as he went 3 for 8 from the floor. He got colder still in the second quarter, missing all but two of his 11 shots. He finished 8 for 23.

Jamal Murray showed up in the third quarter in street clothes. The Nuggets have no idea if their star point guard will suit up anytime soon. Murray recently practiced with the Grand Rapids Gold, their G League affiliate, as he continued his comeback from ACL surgery last spring. Coach Michael Malone said there's no roadmap for Murray's next steps, although returning to Grand Rapids is a possibility.

Malone said he doesn't know if Murray and/or F Michael Porter Jr. (back surgery) will be shut down until next season if they're not back on the court by a certain date.

"It's a valid question, one that I just don't have an answer to," Malone said.