EVEN the stars of the PBA can't wait to see the Miami Heat and the San Antonio slug it again in the NBA Finals.

On the eve of the rematch of last year's finals which the Heat won in an epic series that went the seven-game distance, San Mig superstar James Yap said he is rooting for the Miami Heat, which he said has been his favorite team the last few years.

“Heat ako kasi hot ako,” he said in between laughs.

Turning serious, the two-time PBA MVP cites the Heat’s firepower, younger legs, and hard-nosed defense as the reasons why he is picking the two-time champions coached by Fil-American coach Eric Spoelstra. 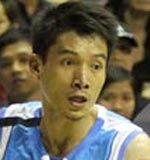 Air21 Express' prolific scorer Joseph Yeo said he is also rooting for the Heat, but believes his favorite team is bound to go through the wringer again because of one factor - the Spurs' homecourt advantage.

Asked how the Heat can pull it off, Yeo was unsure.

Rain or Shine's wide-bodied guard Paul Lee is another Heat fan, saying he is praying for another Miami championships so as to see Spoelstra achieve a piece of NBA history.

On the other hand, newly crowned PBA D-League MVP Kevin Louie Alas is all out in supporting his favorite Spurs, saying Tim Duncan and Co. have the edge in terms of hunger and experience. 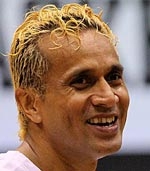 Air21 man mountain Asi Taulava is also praying for a San Antonio victory, and it's not only because he finds a certain kinship with the Spurs' evergreen forward Duncan.

“For me, I think San Antonio’s gonna pull this off, it’s a tiebreaker now. The Spurs gonna win this one. I don’t think Tim’s gonna let his team lose this time,” Taulava said.

“I am big fan of Tim Duncan, he missed that crucial shot at the end of (Game Seven) last season. And I think he is so determined and he’ll gonna come out there and finish them (Heat) off.

“I don’t think Chris Bosh can guard Tim Duncan or anybody they (Miami) put out there and try to guard him. Duncan will be the big difference here. Lebron (James) is going to be Lebron, but Tim Duncan … he’s got a chip on his shoulders now and he wants to win it all,” he added.

If there is one thing the PBA stars agree on, it's the finals going six or seven games.