PHOENIX — Chris Paul and his 36-year-old legs climbed onto the podium at the NBA Finals on Wednesday (Thursday, Manila time). He was asked to reminisce about things that have changed in his game during the past 16 years.

"I'm not as athletic as I was then," Paul said grinning.

But what he lacks in athleticism, he's made up for in other ways. He was fantastic in Game One, finishing with 32 points and nine assists to lead the Suns to a 118-105 victory over the Milwaukee Bucks.

CP3 is one of several 30-somethings in these playoffs proving that older legs and a little savvy can still carry teams a long way. Paul is looking to lead the way again in Game Two on Thursday night.

Paul is the oldest player on the Suns, but rotation players Jae Crowder and Torrey Craig are also in their 30s.

The veterans had mixed results in Game One.

Paul was the unquestioned star, shooting 12 of 19 from the field, including 4 of 7 from 3-point range. Lopez was solid for the Bucks, scoring 17 points and making three 3-pointers.

Others struggled: Crowder scored just one point on a free throw and was 0 of 8 from the field and missed all five of his 3-point attempts. Holiday hit just 4 of 14 shots.

Tucker was his usual self, providing valuable defense and toughness for the Bucks. He added seven points.

And with so much experience on that court, no one expects the upcoming games to be easy.

"It's going to be a very hard series," Crowder said. "These guys played very hard. They are a good team and they have very good players. I think the physicality and the way the game was played was high-level; you respect that." 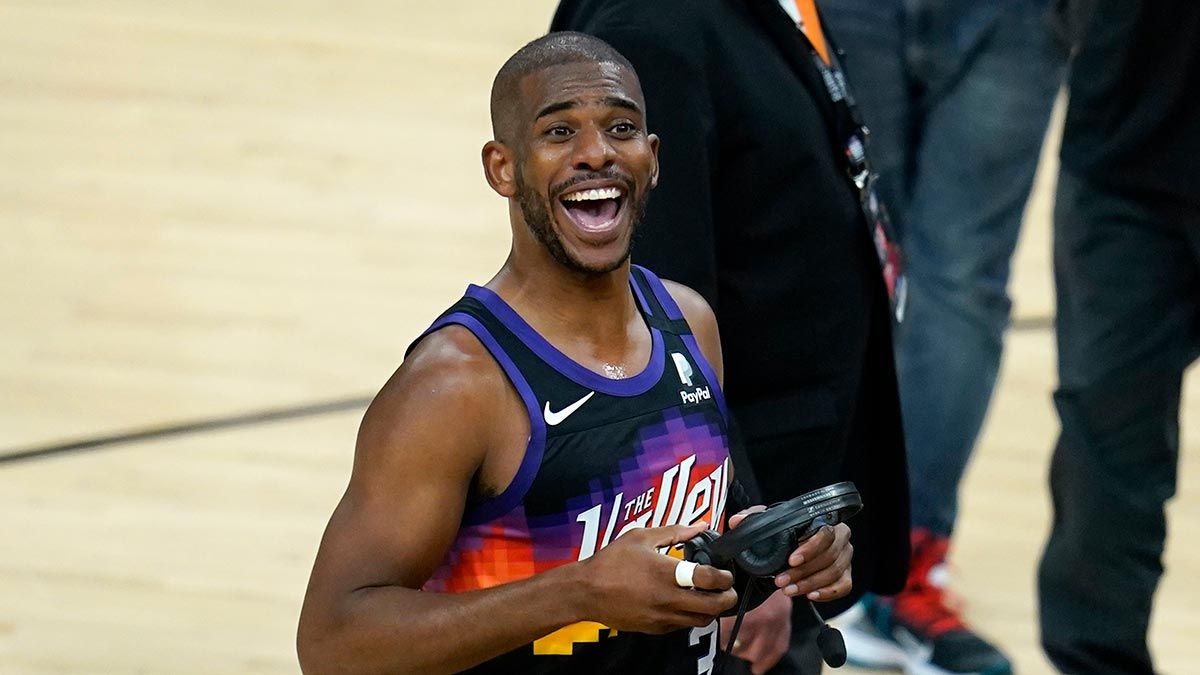 What he lacks in athleticism, CP3 has made up for in other ways.

It was absurdly loud from the moment Bucks forward Giannis Antetokounmpo stepped to the line for his first free throw attempt in Game One on Tuesday night.

It sounded like everyone of the 17,000 strong at Phoenix Suns Arena started counting — screaming out the seconds as Antetokounmpo went through his lengthy routine. By the end of the game, it was deafening and the crowd roared each time he missed.

It's hard to say if it had much of a direct effect; Antetokounmpo was 7 of 12 from the line. He's struggled shooting free throws the past two playoff series, making just 44 of 88 (50%) against the Nets and the Hawks. He's made 72 percent from free throw line in his career.

Antetokounmpo admits he couldn't help but hear the countdown. He also knows it will continue during games in Phoenix.

Suns guard Devin Booker has a message for the USA basketball team: "I'll be there."

"I've reached out to Coach Pop," Booker said of national team coach Gregg Popovich. "I reached out to (Jerry) Colangelo just recently and then I told them I saw all the guys reported to Vegas, and the only other place I would rather be is the finals. But I would love to be there with the guys and I'll be there soon."

The logistics of getting from the NBA Finals to Tokyo could be tight if the series goes all seven games. Game Seven is scheduled for July 22 and the first game for USA Basketball at the Olympics is July 25. Holiday and Middleton could be in the same situation for the Bucks.

But Booker made it clear he's looking forward to the experience.

"I think it's the most prestigious event that basketball can find," Booker said. "So to be a part of representing your country I think brings you to a whole other stratosphere. Just thinking of the guys that have come before us and represented our country, and I don't think there's anything better than winning a gold medal." 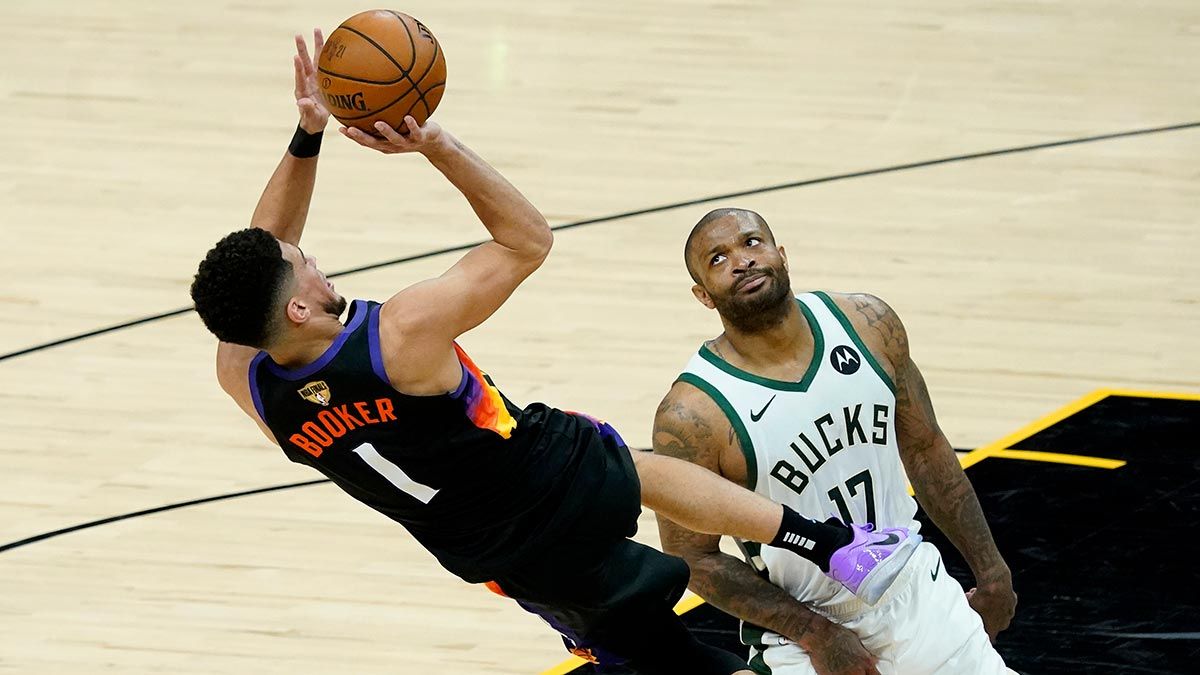 2 — Vintage shirts Booker has worn to NBA Finals news conferences. They're from the early 1990s, when the Suns had Charles Barkley, Dan Majerle, Kevin Johnson and Tom Chambers. The Suns last made the Finals in 1993.

96.2% — The Suns are usually a very good team at free throws and showed it in Game One, making 25 in row before Jae Crowder missed the final attempt of the night. It would have been a finals record had Crowder knocked down No. 26.