PHOENIX — Cam Johnson and Cameron Payne both scored 19 points to lead the Phoenix Suns to their franchise-record 18th win in a row, beating the Detroit Pistons 114-103 on Thursday night (Friday, Manila time).

Johnson and Payne sparked a stellar effort from the Suns bench, which finished with 48 points. Deandre Ayton had 17 points and 12 rebounds as Phoenix improved to 19-3 for the season. 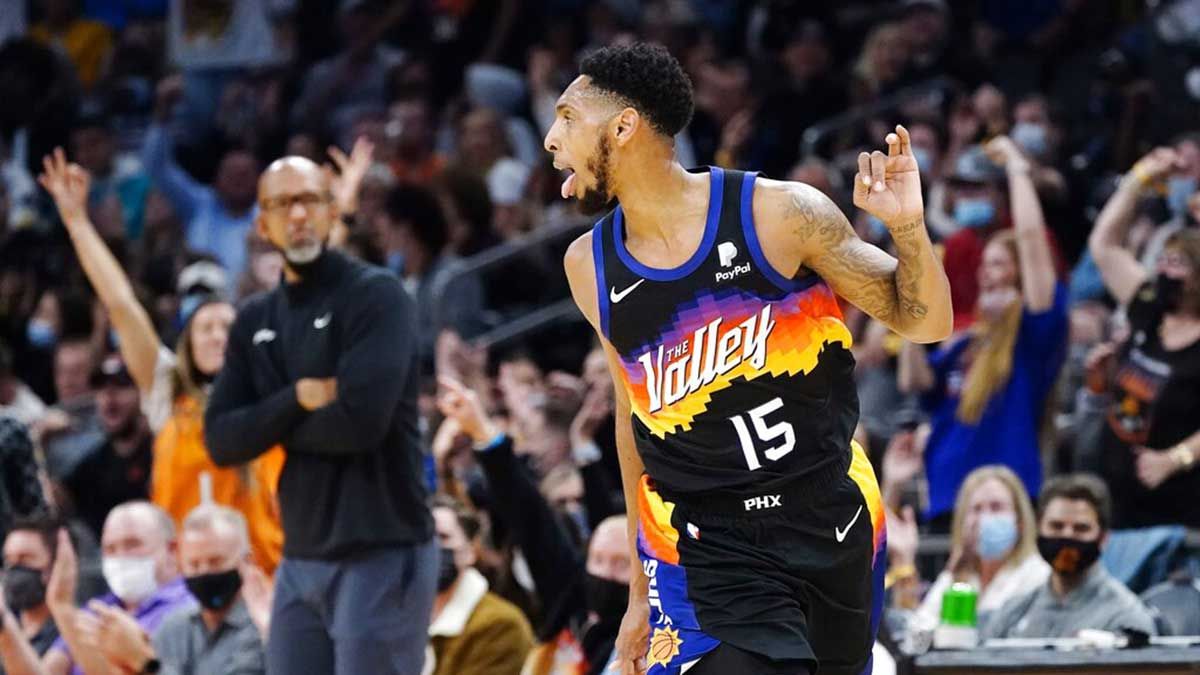 Phoenix won despite not having leading scorer Devin Booker for the first time this season. The two-time All-Star suffered a left hamstring injury in the second quarter of Tuesday's game against the Golden State Warriors.

The Pistons fought back in the third on a 17-0 run to get within 80-79 after a 3-pointer by rookie Cade Cunningham. It appeared that Detroit tied it at 82 moments later, but a 3-point shot by Hamidou Diallo was ruled to have come after the 24-second clock expired.

Phoenix stopped the rally when Payne hit two free throws and Landry Shamet made a 3, enabling Phoenix to take a six-point lead after three.

Detroit did get within five points in the fourth quarter a few times, the last with 2:57 remaining at 104-99 on Saddiq Bey's 3-pointer, but Jae Crowder connected from behind the arc to keep the Pistons chasing.

The Suns have not lost since Oct. 27, when Sacramento Kings forward Harrison Barnes hit a 3-pointer as time ran out for a 110-107 victory.

Suns: The Suns feel Booker's hamstring injury is minor, but they still expect him to miss a few games. Coach Monty Williams said they'll monitor him and see how he progresses. ... Shamet relaced Booker in the starting lineup and scored 14 points. ... F/C Frank Kaminsky (right knee), F Abdel Nader (right knee) and F Dario Saric (right knee) didn't play. ... Williams was named NBA coach of the month for November. The Suns were perfect for the month, winning all of their 16 games.

Pistons: Host the Thunder on Monday.