The Suns won despite losing star guard Devin Booker to a left hamstring injury in the second quarter. He had 10 points and two rebounds in 15 minutes. The 25-year-old appeared to get hurt when driving to the basket for a layup, grabbing at the back of his left leg before walking to the locker room a few minutes before halftime.

Even without Booker, the Suns led 56-54 at halftime and 80-78 going into the fourth quarter. The game stayed tight, and neither team led by double digits until Landry Shamet knocked down a 3-pointer — on an assist by Paul — with 54.4 seconds left.

It was a highly anticipated showdown, as Suns and Warriors have NBA's best records. It was also the first time in league history that two teams from the same division played each other with winning percentages of .850 or higher after at least 20 regular-season games, according to Elias Sports Bureau.

The game mostly lived up to the hype — at least until the Warriors, who had their seven-game winning streak snapped, went cold in the fourth quarter.

Jordan Poole led Golden State with 28 points. Stephen Curry — who came into the game averaging 28.6 points per game — had 12 points on 4 of 21 shooting, including 3 of 14 from 3-point range.

The Suns limited the Warriors to just 42 points in the second half.

The Suns and Warriors are now both 18-3. The only other time Phoenix has won 17 straight games was during the 2006-07 season. They'll go for their franchise record 18th win against the Pistons on Thursday.

The Suns hadn't lost since Oct. 27 when Harrison Barnes hit a game-winning 3 at the buzzer for the Sacramento Kings. 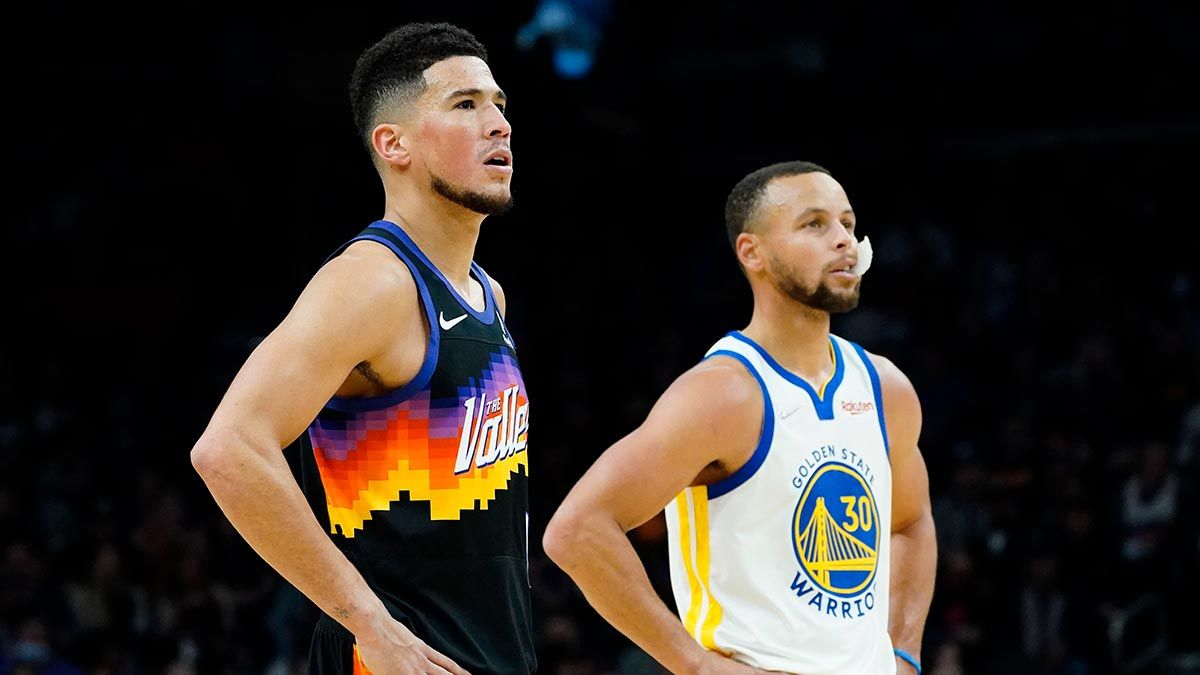 Devin Booker has 10 points on 4 of 9 shooting for Phoenix before leaving with an injury, as Stephen Curry shoots 4 for 21, finishing with 12 points for Golden State.

Warriors: Host the Suns on Saturday.