SACRAMENTO — Cameron Payne scored a season-high 24 points in 22 minutes off the bench and the Phoenix Suns got help from an overturned call to win their fifth straight game, beating the Sacramento Kings, 109-104, on Monday night (Tuesday, Manila time).

The Suns led by 21 early in the fourth quarter but the Kings made a late push over the final five minutes.

De'Aaron Fox hit a pair of free throws and Damian Jones scored on a putback dunk to pull the Kings to 107-102. After a Suns miss, Sacramento's Harrison Barnes scored on a layup and appeared to be fouled.

Phoenix coach Monty Williams challenged the play, and after a lengthy review, the call was overturned and Barnes was charged with an offensive foul.

After Barnes later dunked, Booker missed two free throws to keep the Suns' lead at 107-104. But the Kings turned the ball over on the ensuing inbounds play.

Barnes had 26 points and Fox scored 24 for Sacramento.

Playing without Deandre Ayton for the third time in four games, the Suns played well in the post and got big contributions from several reserves.

Payne led the charge off the bench while shooting 9 of 14 with four 3-pointers. Frank Kaminsky added 10 points and five rebounds.

The Suns built their big lead after scoring the first 14 points of the second half when the Kings missed eight straight shots and committed five turnovers. Paul had five points during the run and picked up a technical for arguing with an official after scoring on a layup following a steal. 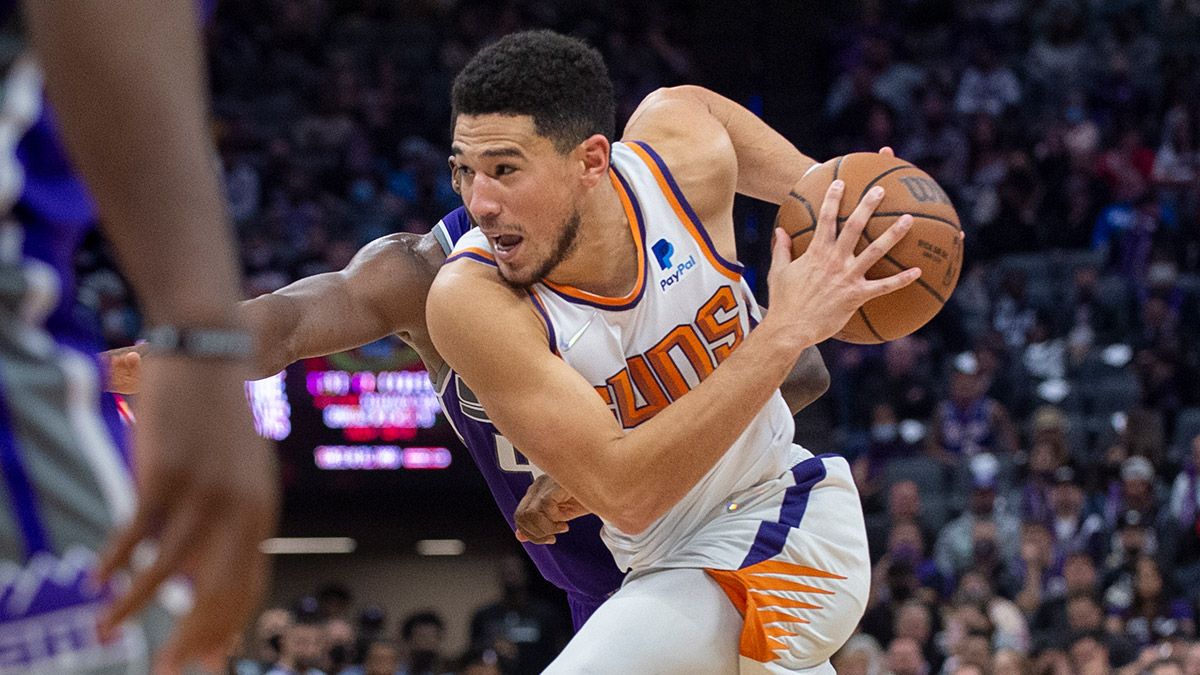 Suns: Paul was held under 10 assists for the second time this season. … The bench had 39 points in the first half and outscored Sacramento's reserves 48-33 overall. … Jae Crowder was called for a Flagrant 1 foul in the second quarter. … Ayton is dealing with a nagging right lower leg contusion.

Kings: Tyrese Haliburton was a late scratch because of lower back tightness. Buddy Hield started in Haliburton's place and scored 14 points.