THE ball was in Chris Paul's hands with 35 seconds left and his team needed a bucket to tie or take the lead in Game Four of the NBA Finals.

The Phoenix Suns — and the 11-time All-Star — wouldn't have wanted it any other way.

The point guard did one crossover dribble to shake Milwaukee's Jrue Holiday. Then he immediately did another to try and lose Giannis Antetokounmpo.

What happened next was not what the Suns or Paul expected. He just ... fell down. The ball bounced away and so did Phoenix's chances of taking a commanding lead in the series.

Holiday scooped up the free possession and the Bucks converted a 3-on-1 fastbreak when Khris Middleton scored a layup. Just like that, Milwaukee had taken control of a come-from-behind 109-103 victory on Wednesday night that evened these finals at 2-2.

Game Five is on Saturday in Phoenix.

The 36-year-old Paul — who has waited 16 seasons to play in the NBA Finals — didn't shy away from taking the blame.

"It was me, I had five of them," Paul said of the turnovers. "It was bad decision making. At the time, we're down two. I try to crossover right there, slip, turn it over. There were some bad passes in the first half. They got a significant amount of more shots than us, so for me, I've got to take care of the ball."

He wasn't the only one coughing up the basketball as the Suns finished with 17 turnovers. But there's little doubt the point guard's five turnovers on Wednesday night, including one in the game's most crucial moment, were some of the team's most unexpected.

They were part of the reason the Suns blew a seven-point, fourth-quarter lead and wasted an impressive performance by Booker, who scored 42 points and shot 17 of 28 from the field. 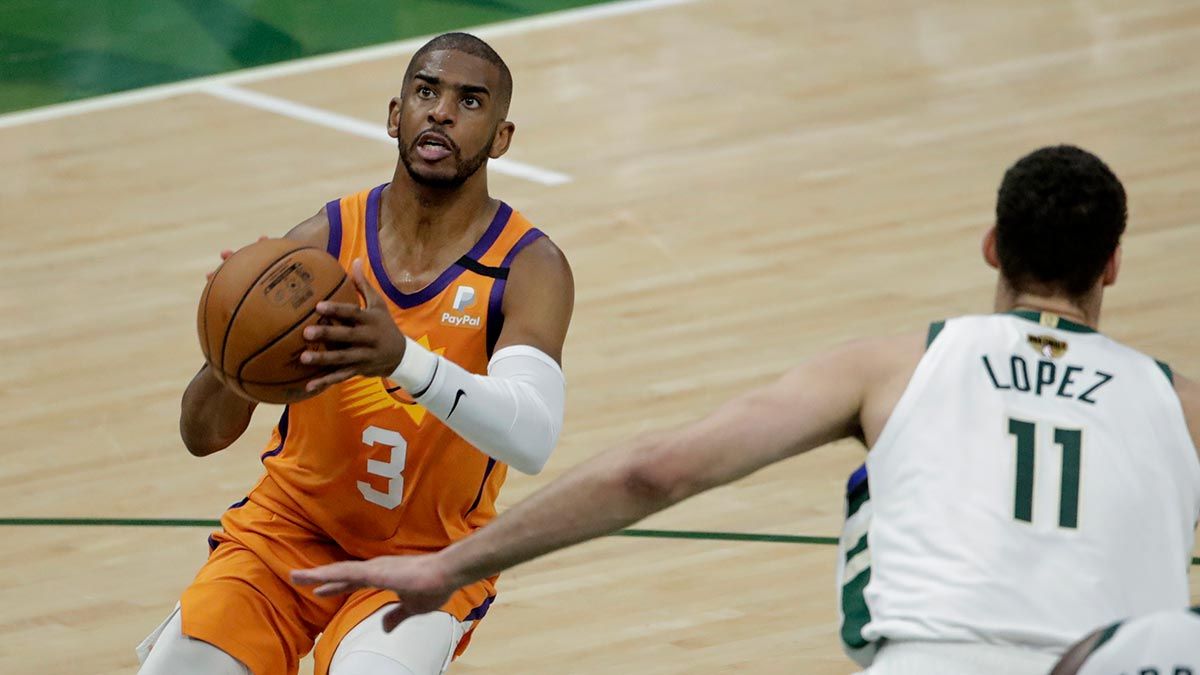 Paul finished with a series-low 10 points on 5-of-13 shooting and seven assists on Wednesday, but the real problem was the giveaways. The miscues have been part of a troubling trend: Paul's had 15 turnovers over his past three games and that's about twice as bad as his career rate of 2.4 turnovers per game.

Even so, his coach isn't concerned and said there is nothing physically wrong with Paul.

"He's fine," Williams said. "Great players have games like that."

Paul has given his coach reason to believe in him, overcoming considerable adversity in these playoffs. A shoulder injury limited Paul in the first round against the Lakers. He missed the first two games of the Western Conference finals against the Clippers in the league's COVID-19 health and safety protocol.

Each time, he came back to push the Suns forward. He was brilliant in a four-game sweep of the Denver Nuggets in the second round. He had 41 points against the Clippers in Game 6 to propel the Suns to their first NBA Finals since 1993.

Now he's got to bounce back against the Bucks.

"We know what we've got to do," Paul said, seemingly talking about himself more than the rest of the Suns. "Be better."