OKC Thunder look to move on from strange losing season

OKLAHOMA CITY — The Oklahoma City Thunder finally can move on from the strangest of seasons.

A franchise that had missed the playoffs just once in the previous 11 seasons finds itself in the draft lottery with a 22-50 record. It was the Thunder's worst finish since 2008-09, its first season after the move from Seattle.

It was a revolving door full of trades, G-League call-ups and late-season additions — which created quite a set of challenges for first-year coach Mark Daigneault. Chesapeake Energy Arena, known as one of the loudest venues in the league, did not allow fans because of the COVID-19 pandemic.

Daigneault said he didn't have set expectations going into the season — just an idea of what general manager Sam Presti wanted.

Oklahoma City should get a high pick in this year's draft. And through a dizzying series of moves in recent years, the Thunder have stockpiled 18 first-round draft picks and 16 second-round picks over the next seven years.

Gilgeous-Alexander led the team with 23.7 points and 5.9 assists per game. He shot 51 percent from the field and 42% on threes. He missed the last two months of the season with plantar fasciitis in his right foot. He said he feels better than he did a month ago, but he's not sure if he will help Canada qualify for the Olympics.

"If I'm a hundred percent healthy, yes, I do (plan to play for Canada)," he said.

Dort shed the label of being just a defensive stopper. In April, he averaged 24.4 points and 5.3 rebounds on 46% shooting from the field.

"Me being out and not being able to be on the floor with him for that period of time, I just tried to help him in any way I could," Gilgeous-Alexander said. "You guys saw what he did with it." 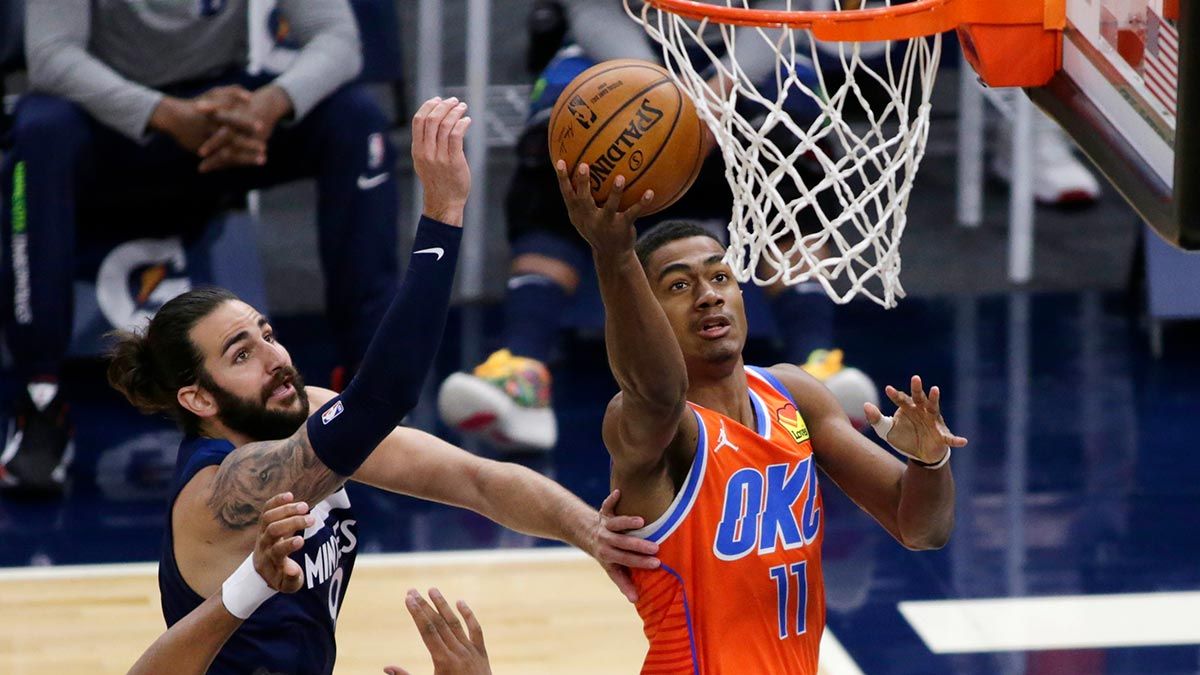 Al Horford's outlook is unclear. The 34-year-old center has two years left on his deal. Oklahoma City sat him at midseason so other players could develop. The Thunder went 19-25 before sitting Horford and 3-25 afterward. He averaged 14.2 points and 6.7 rebounds on 45% shooting in 28 games and showed that he still can help a team win.

He's not sure if a trade is in his future.

"I'm sure after all this — usually I get away for a few weeks and things like that — I'm sure that I'll be talking with the team and we'll figure out what's best," Horford said. 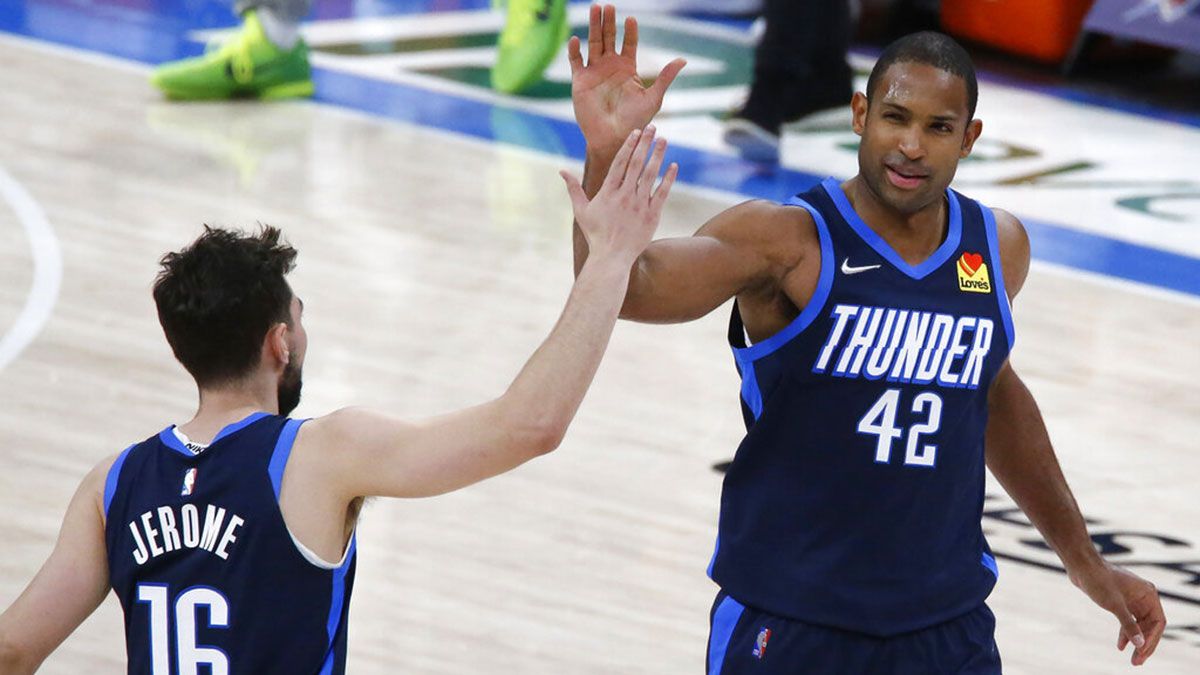 The Thunder saw enough potential in Moses Brown to award the former G-League player a multi-year deal. The 7-foot center averaged 8.6 points and 8.9 rebounds and tied a team record with 23 rebounds against the Boston Celtics earlier this season.

The Thunder struggled in Daigneault's first year, but the 35-year-old coach left an impression on Horford.

"I was very impressed with Mark right from the beginning — his poise as a person, as a coach, commanding the locker room, that respect right away, and just leading our group, keeping us on edge, pushing us the right way," Horford said.

Second-year forward Darius Bazley averaged 13.7 points and 7.2 rebounds and the 20-year-old said he's starting to find his way. He started all 55 games he played this season after mostly being a reserve last season.

"I feel like I've really grown a lot as a player and a person," he said.