SAN FRANCISCO — Stephen Curry is coming off a career season, and now he is ready to chase another championship with a cast that includes familiar faces and young newcomers.

After becoming NBA scoring champion for the second time, Curry wants to ride the momentum his Golden State Warriors had gained down the stretch before the season ended abruptly in a play-in game against Memphis.

"I know how we operate and we have a crop of amazingly talented, high-potential energetic young guys who have a lot to accomplish in this league and we hopefully can marry the two in terms of what we do on the floor every single night," said Curry, who averaged 32.0 points.

The Warriors will get going with everybody eagerly awaiting Klay Thompson's return after two years on the sidelines nursing a pair of major injuries — first, a torn ACL in his left knee suffered during Game 6 of the 2019 NBA Finals, then a torn right Achilles tendon that also needed an operation after he got injured in November before the start of training camp.

"Don't have a set date but I don't anticipate anything before 12 months. That's at least till late November, early December," Thompson said. "And then it's kind of just a feel thing, you know. It's a lot of conditioning that I have to do but there is an end point and that's what excites me."

For now, Curry is counting on his supporting cast of Draymond Green, Andrew Wiggins, emerging star Jordan Poole and veteran Andre Iguodala among others.

Curry has plenty of unfinished business. The two-time MVP completed a $215 million, four-year contract extension in August that takes him through the 2025-26 season when he will be 38. It is his second $200 million deal.

The Warriors open the season on the road against LeBron James and the Lakers next Tuesday night. 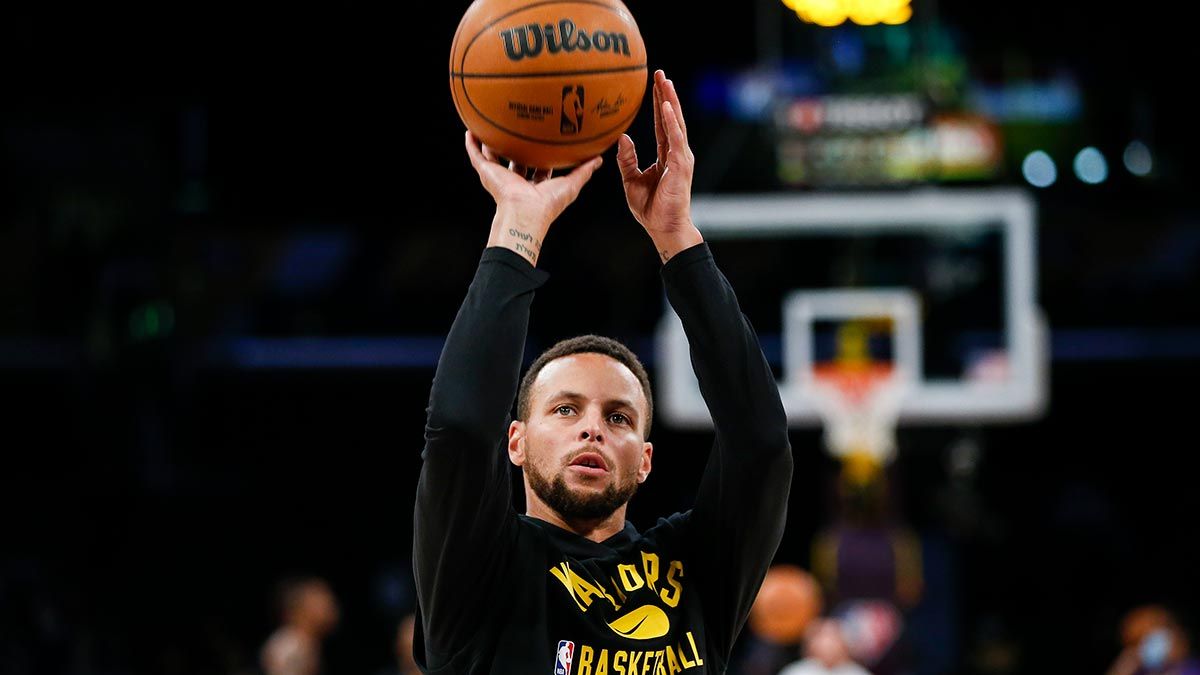 Thompson would like nothing more than to be on the court for opening night. He also wants to make sure he returns to his top form from 2019.

Thompson has appreciated gaining some perspective and learning to pace himself during the past two years and an exhausting rehabilitation process.

"Obviously, I've seen it just in how he's attacked this rehab versus the last one," Curry said. "I know there's circumstances you couldn't control with the pandemic and being away from staff and whatnot. But just his commitment to this process, understanding the sense of urgency of doing everything first class so that he gives himself the best chance to get back to 2019 Klay."

Until Thompson is ready, the Warriors know Poole will provide a talented option in the lineup.

If the Warriors take 80 3-pointers, coach Steve Kerr will accept that number if they are smart shots and the ball movement is efficient.

Golden State attempted 69 3s in its first preseason game at Portland and another 46 hosting the Nuggets — in fact, Kerr has even instructed Green to "let it fly" from long range if he's open.

Iguodala will be an invaluable veteran on Kerr's roster, almost a coach on the floor at this stage in his 18th season. He played for three championship Warriors teams during his first tenure here.

The 37-year-old 2015 NBA Finals MVP spent six seasons with Golden State before spending the last two in Miami, which declined his $15 million option. He landed back with the Warriors on a one-year contract for the veteran minimum of $2,642,000.

Playing 413 regular-season games with 84 starts for the Warriors, Iguodala has averaged 7.3 points, 3.9 rebounds, 3.4 assists and 1.08 steals in 26.7 minutes. He also has shined in 104 postseason games and has made the fourth-most playoff appearances in franchise history.

Wiggins initially became the talk of training camp when the veteran forward vowed to stick with his beliefs of not receiving the COVID-19 vaccine, then he changed his tune.

Had Wiggins not been inoculated, he would have forfeited being able to play in Golden State's home games at Chase Center given the San Francisco Health Department's vaccine mandate for indoor venues beginning Oct. 13.

THE GROWTH OF WISEMAN

Last year's No. 2 overall pick James Wiseman endured his ups and downs as a rookie, thrown into the action then at times used only sparingly — and others out injured.

The big man out of Memphis is still working back from right knee surgery in April to repair a torn meniscus. He has cherished his time rehabbing around Thompson as an opportunity to learn from a decorated veteran.