Curry had 10 assists and seven rebounds. The two-time MVP had at least 20 points and 10 rebounds in each of the Warriors' first two games.

Harrison Barnes scored 24 points for the Kings, and Richaun Holmes had 16 points and 11 rebounds. They are 1-2.

Playing in front of a Golden 1 Center crowd heavily mixed with Golden State fans, the Warriors came out cold and were shooting less than 36 percent midway through the second quarter before turning it around in the second half.

Golden State closed the third quarter on a 7-2 run, then pulled away for good early in the fourth. Otto Porter Jr.'s 3-pointer put the Warriors ahead, and Andrew Wiggins followed with one from the perimeter to make it 100-96.

Buddy Hield made consecutive 3s for Sacramento to cut it to 107-104, but Poole made two free throws and Green scored down low. 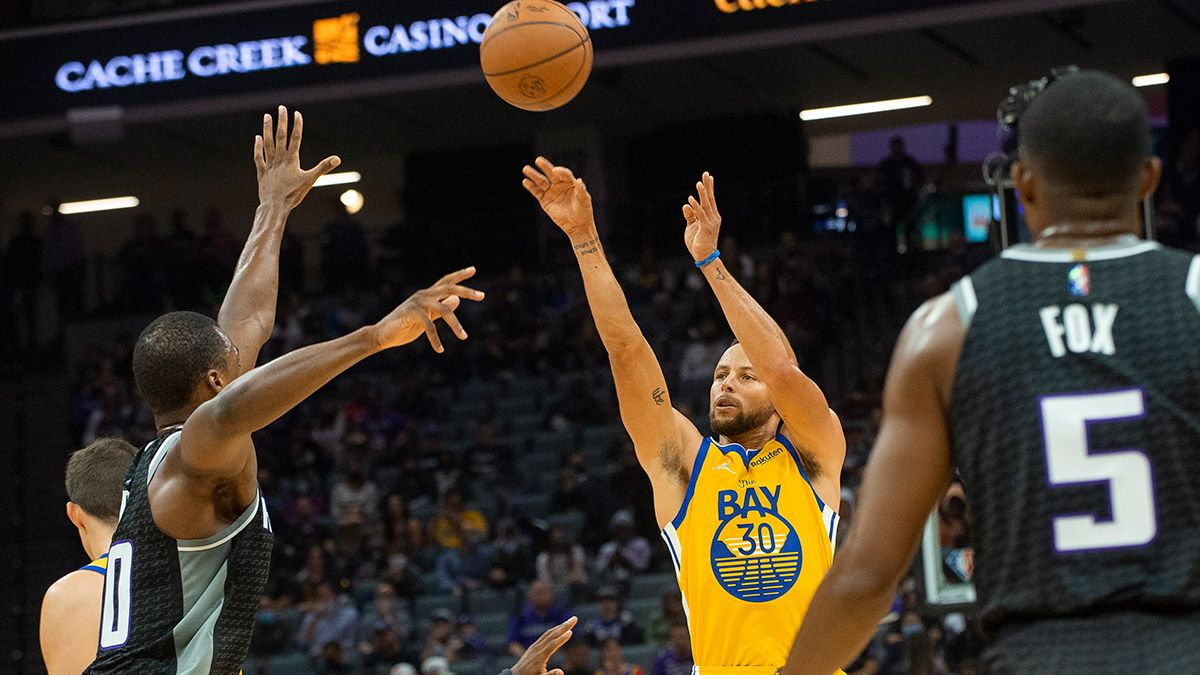 Steph Curry makes 9 of 23 field goal attempts, incuding 4 for 15 from beyond the arc.

Curry owns the two longest streaks in NBA history for consecutive games with at least one 3-pointer. Curry missed his first two attempts against the Kings before making one in the first quarter, extending his current streak to 128 games. He set the record of 157 from November 2014 to November 2016.

Warriors: Andre Iguodala was held out with a sore left hip. … First-round pick Jonathan Kuminga has been cleared to take part in full team practices. Kuminga, who has been out since straining his right patella tendon in a preseason game Oct. 6, will be reevaluated on Friday before the team decides what his next step will be.

Kings: Haliburton had eight points, nine assists and seven rebounds. … Moe Harkless started and scored eight points in 23 minutes after sitting out Friday night in a loss to Utah because of a sore left hip.

Kings: At Phoenix on Wednesday night.