Denver's Nikola Jokic blocked a potential game-tying shot by Jonathan Kuminga in the final seconds to preserve the win after his team nearly blew a 24-point halftime lead. The Warriors got one more chance to tie the game, but Andre Iguodala missed a 3-pointer at the buzzer.

Jokic had 22 points, 18 rebounds, five assists and four steals to lead the Nuggets, while Will Barton added 21 points.

Andrew Wiggins had 21 points and eight rebounds for Golden State in his first game back from the league's COVID-19 health and safety protocols. Curry, who scored 21 of his 23 points in the second half, made a corner 3-pointer late in the third quarter to give him 157 consecutive games with a 3-point field goal. It ties his own NBA record, which he set from 2014-16.

The Warriors trailed 60-36 at the half, but kept Denver down offensively while opening the third quarter on a 17-5 run to cut Denver's lead to 65-53. They pulled within five on a Curry step-back 3-pointer with 7:20 remaining in the fourth quarter before he made back-to-back 3-pointers to cut the Nuggets' lead to 84-82 with 2:08 left.

The Warriors tied the game at 84 on a dunk by Gary Payton II with 1:04 remaining. Barton put the Nuggets back in front 86-84 with a tip-in on the ensuing possession.

The Nuggets started the game on a 10-0 run and built a 31-16 lead after the first quarter. Curry remained scoreless deep into the first half, finally getting his first points with 2:08 remaining in the second quarter.

Golden State was hurt by free throws, shooting just 16 of 31 for the game. 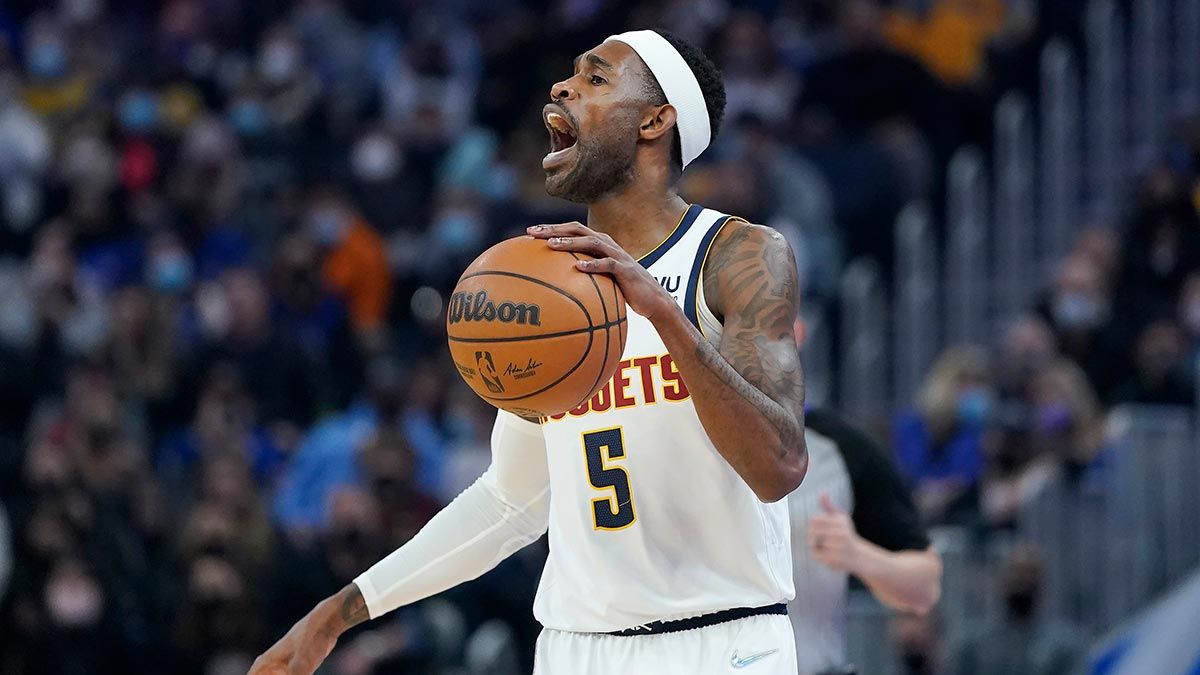 Before the game, the Chase Center held a moment of silence for John Madden. The longtime Raiders coach and NFL broadcaster died Tuesday morning at 85.

Nuggets: Host Golden State on Thursday to complete the home-and-home.

Warriors: At Denver on Thursday to begin a brief two-game road trip.