Green added nine points, nine rebounds and seven assists after coming into the game questionable with a bruised left thigh he injured in Wednesday's victory against the Timberwolves. Kevon Looney notched double-digit rebounds in back-to-back games for the third time in his career, grabbing 10 following a career-high 17 two nights earlier.

Andrew Wiggins added 15 points and seven rebounds and Jordan Poole had 14 points as Golden State (11-1) wrapped up an eight-game homestand that matched a franchise record. The Warriors' lone loss came in overtime to Memphis on Oct. 28.

Curry crossed over and blew right by Lonzo Ball for a short jumper in the second quarter and shot 15 for 24 in his 52nd career 40-point game.

Golden State beat the Bulls for the ninth straight time and seventh in a row at home. 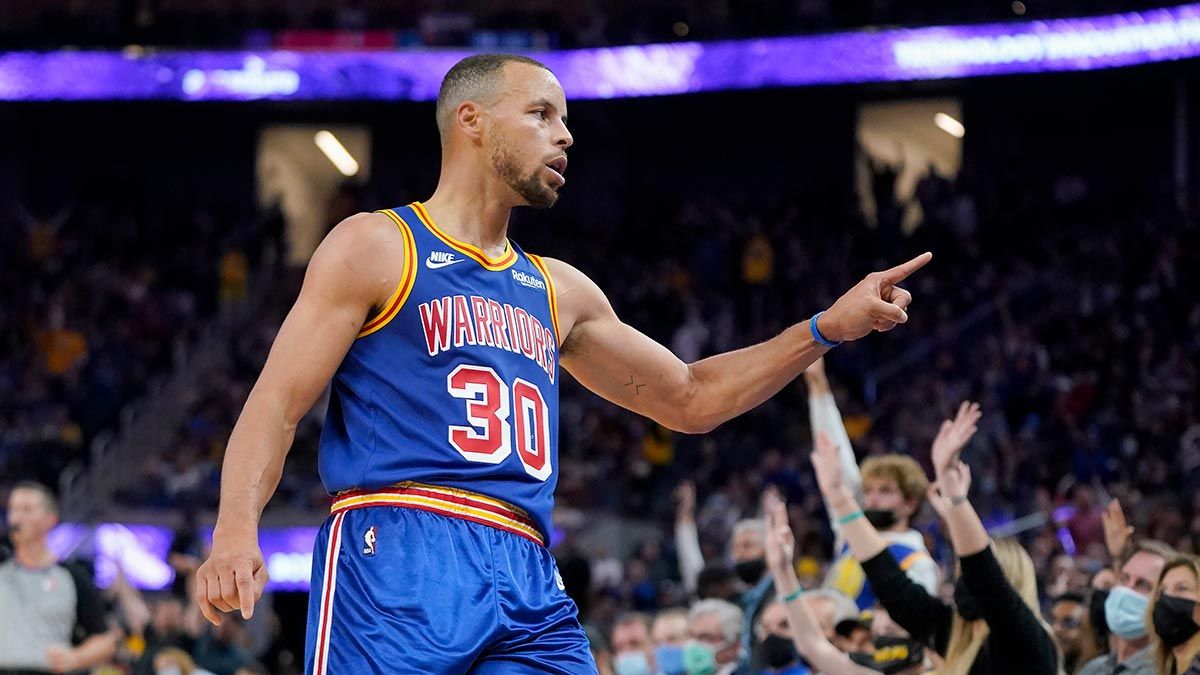 Steph Curry and the Warriors improve their league-best mark to 11-1.

Curry's college coach from Davidson, Bob McKillop, got to lead his team through a practice at the Warriors' facility ahead of Saturday's game at Chase Center against San Francisco.

That gave McKillop a chance to share his gratitude for all Curry and the Warriors do to help people. The biggest thing McKillop learned from the two-time MVP: "grace."

"I couldn't be more blessed to have him as a son in a different sense," McKillop said. "He's constantly in a quest to do things for people."

"You cannot believe how many people in our town stay up and watch West Coast games because Stephen Curry's playing in the game," McKillop said. "And they're up 'til 1 in the morning. You see people in the post office the next day, you see them in the coffee shop the next day and their eyes are droopy because, 'Oh, I was up last night watching Steph play.' What an affirmation and validation of the impact he has had on our community that people of all ages are doing that to this day."

Bulls: Chicago made nine of its initial 16 shots and led by as many as 10 in the first while forcing the Warriors into seven turnovers in the opening period. ... Chicago hadn't won on the Warriors home floor since a 113-111 overtime win on Jan. 27, 2015. ... This marked the Bulls' first road game against the Western Conference after beginning 3-1 away from home.

Warriors: Otto Porter Jr. limped to the locker room in the second but returned. ... Golden State has made 10 or more steals in six straight games. ... Damion Lee missed a second straight game with soreness in his left hip. "I don't think it's too serious, but not anything we want to mess around and get behind," coach Steve Kerr said. "Just trying to stay in front of it."

Bulls: At the Los Angeles Clippers on Sunday having lost the last five meetings on the road. Chicago began a five-game road stretch out West.

Warriors: Begin a four-game East Coast swing playing at Curry's former hometown of Charlotte on Sunday night. The Warriors beat the Hornets 114-92 on Nov. 3 at Chase Center but have lost the last two in Charlotte.