NEW ORLEANS — New Pelicans coach Stan Van Gundy sees a New Orleans roster brimming with young players who have obvious talent, but still have plenty to learn about the way basketball is played in the NBA.

Van Gundy has a track record of bridging that gap between knowledge and talent with younger players in his previous coaching stops. His eagerness to try again with a club headlined by 2019 first overall draft choice Zion Williamson played a role in his decision to pursue the Pelicans job.

"There is a lot of teaching to do to bring these guys along," Van Gundy said Tuesday (Wednesday, Manila time) during a formal introduction via video conference because of the coronavirus pandemic.

"The NBA game is different than the college game in some ways, and learning all of those things, there has to be more teaching, there has to be a real emphasis placed on their development," Van Gundy continued. "They are far from finished products at this point in their career no matter how good they are, and we have to keep that in mind."

The 61-year-old Van Gundy said he was enjoying working as an NBA analyst for Turner Sports, and that while he was starting to miss coaching, he didn't want to rush back into it unless "the right job" came along.

In the Pelicans, Van Gundy said, he saw ownership that had won a championship in a major professional sport, even if it was the NFL. He saw a top executive in David Griffin who had built a championship team in Cleveland. And, he saw a roster that has "a great mix — there's a lot of exciting young talent with the potential to really grow into something great, but alongside of them, you've got some very productive, high-character veterans. with great experience."

The veterans include Jrue Holiday and JJ Redick, the latter having played for Van Gundy in Orlando and given the coach credit for his development. 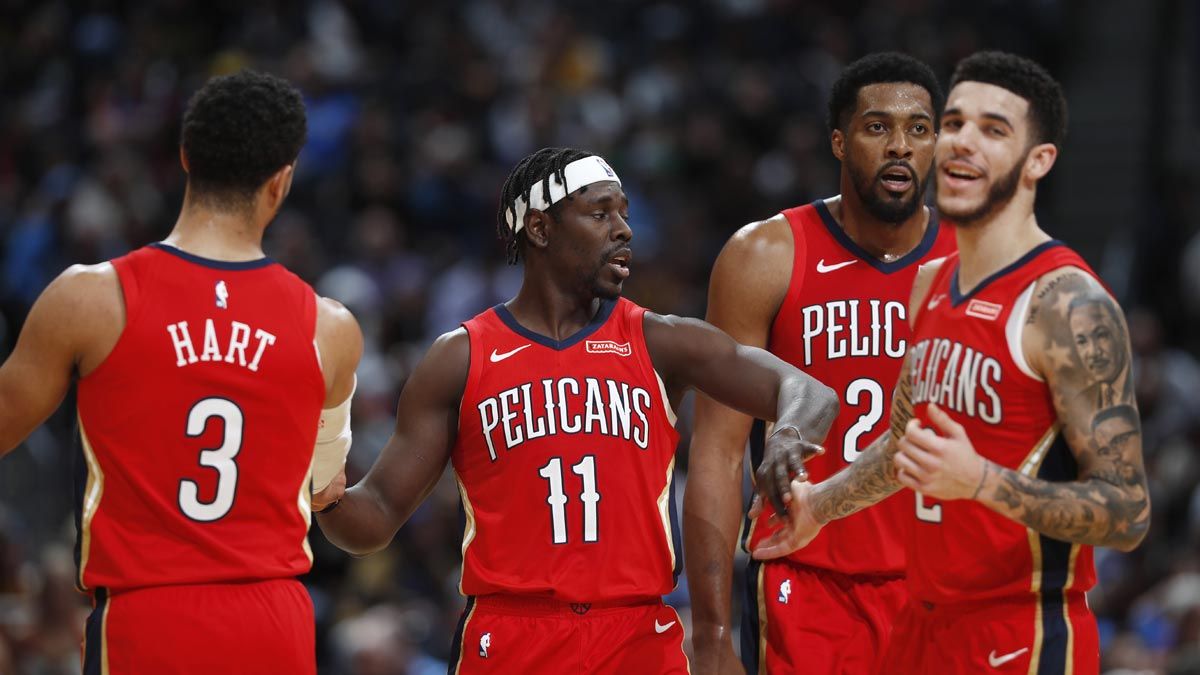 Van Gundy called Williamson and Ingram "two of the most unique young guys in the entire league."

"There's just a lot to build around there," he added.

The Pelicans' potential has been apparent at times, but they did not perform consistently well last season in going 30-42 and missing the playoffs, after which coach Alvin Gentry was fired.

Williamson, a former Duke star, thrived offensively in stints during his rookie campaign — averaging 22.5 points and 6.3 rebounds with 58% shooting. But he played in just 24 games, largely because of knee surgery the day before the regular season.

Of nine candidates interviewed to fill New Orleans' vacancy, Griffin said, Van Gundy stood out not only because of his career winning record, but also because of his personality.

"This is a proven winner and this is a coach that can win right now," Griffin said. "More importantly to us, it is a coach that is a teacher and a very sincere, authentic human being who is going to build long-lasting relationships with our team."

Van Gundy spent parts of 12 seasons coaching Miami, Orlando and Detroit, winning 58% of his games and going to the playoffs eight times.

Another common theme in Van Gundy's coaching career is solid defense. In eight of his seasons, his teams ranked in the top 10 defensively, including the 2008-09 Magic who first.

The Pelicans gave up 117.1 points per game, better than just three of the NBA's 30 teams.

"It's clear just by the numbers that where this team has to get better is at the defensive end of the floor," Van Gundy said. "We're going to have to make a real commitment at that end. From a coaching staff point of view, that commitment is to do a great deal of teaching.