SAN ANTONIO — Gregg Popovich is the winningest coach in NBA regular-season history, getting his 1,336th victory when the San Antonio Spurs rallied to beat the Utah Jazz, 104-102, on Friday night (Saturday, Manila time).

Popovich broke a tie with Don Nelson, the friend and mentor he served as an assistant under while with Golden State for two seasons beginning in 1992.

The milestone came in Popovich's 2,030th game and 26th season with the Spurs, the only franchise he has served as head coach for.

Unsurprisingly, the evening was met with zero fanfare.

Praise or celebration of any achievement is brusquely deflected or simply ignored by Popovich. To hear Popovich explain it, he simply shows up to work and rolls the ball onto the court.

Nothing could be further from the truth.

"Gregg Popovich's success with the Spurs is unprecedented in our league so it's only fitting that he now holds the record for most career wins," NBA Commissioner Adam Siler said in a statement.

"His leadership and unwavering commitment to the game are widely admired by generations of players and coaches alike. Congratulations to Coach Pop on this latest achievement in his legendary career." 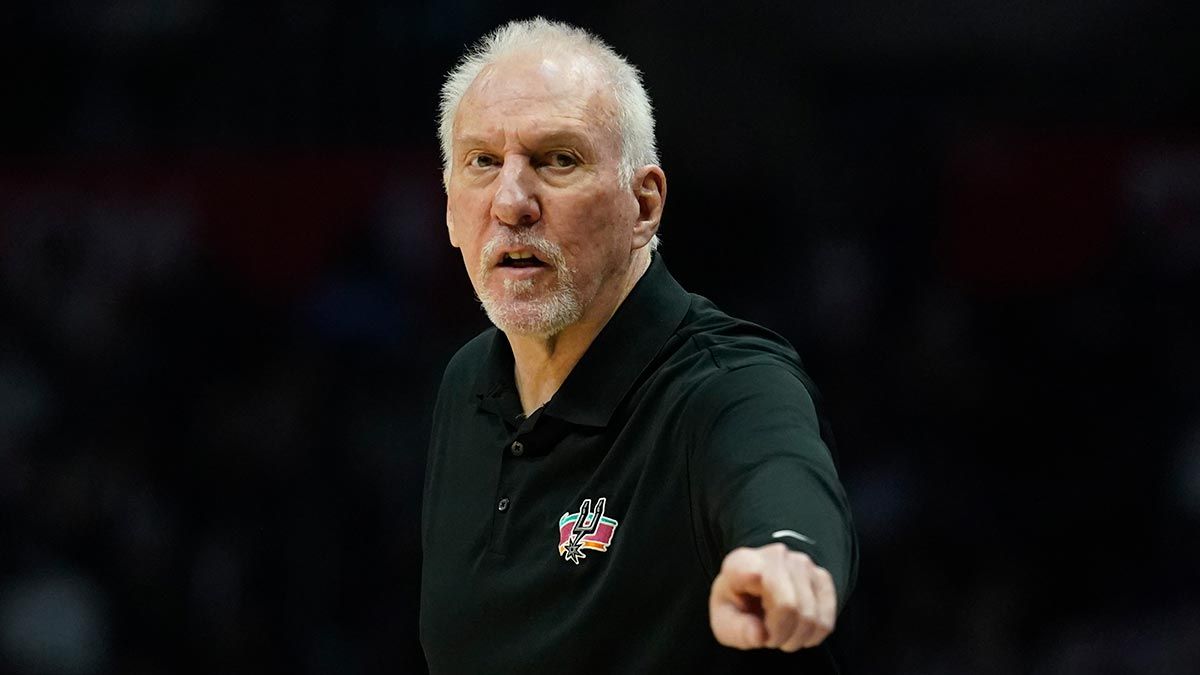 Gregg Popovich, 73, fights on with the Spurs.

The Spurs matched a league record with 22 straight playoff appearances but have missed two straight postseasons since their streak ended in 2017.

While the glory days seem distant, the 73-year-old Popovich continues plugging along.

Popovich joked that coaching Duncan, Parker and Ginobili had grown "boring" because they knew everything. The current roster is the antithesis of that.

This year's team is the youngest of Popovich's career. The Spurs have fully embraced a rebuild expedited by Kawhi Leonard's forced departure from San Antonio along with the retirement of the Big Three.

Dejounte Murray, who has emerged as the team's newest star, had 27 points and nine rebounds to lead the Spurs past the Jazz. Murray made two free throws with 4.8 seconds and 1 of 2 with a second remaining to seal the victory.

Donovan Mitchell had 24 points for Utah, and and Rudy Gobert added 13 points and 16 rebounds.