SAN ANTONIO — San Antonio couldn't match the intensity of the short-handed Houston Rockets for three quarters, yet a strong finish by the Spurs was enough to snap a four-game home losing streak.

"We played our best defense in the fourth quarter," Spurs coach Gregg Popovich said. "Which is a good idea."

After a lethargic effort in losing to Houston on Thursday, San Antonio crept along for three quarters in a rare afternoon start.

Murray had seven points in the fourth quarter, including a breakaway dunk that put San Antonio up 97-85 with 3:18 remaining after stripping Mason Jones of the ball at midcourt.

"We just fought hard," Murray said. "We came in with the same game plan, but I think we started off real slow. We picked it up. The effort was there in the fourth quarter. We just stuck with it and won the game." 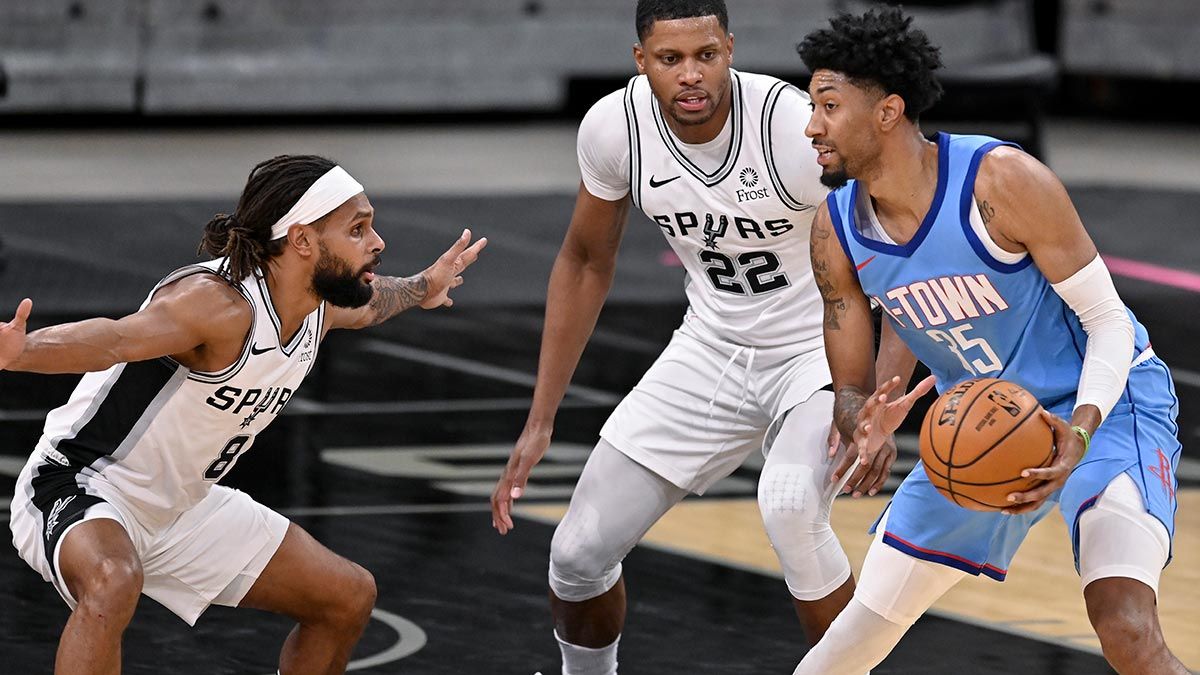 Playing just its second game since trading away disgruntled star James Harden, Houston was on the brink of not having eight players available as required by the league. The Rockets only had seven healthy players after Sterling Brown was ruled out due to a lower leg injury, but Rodions Kurucs became eligible an hour prior to tipoff when the NBA approved the blockbuster trade involving Harden. Houston acquired Kurucs, Victor Oladipo and Dante Exum, along with several draft picks and draft swaps for the disgruntled Harden on Wednesday. Oladipo and Exum were not with the team, and the Rockets were without John Wall, Eric Gordon, Demarcus Cousins, Brown and three others due to injuries.

Despite being short-handed, the Rockets had a 10-point lead in the first half. Houston built the advantage on 3-point shooting and finished 12 for 32 from long range.

"The effort from the beginning of the game was not what we would have liked or what we could have hoped for, especially after the last game," Mills said. "But lot of credit goes to them. Their intensity and ability to drive."

The Spurs were able to dominate the paint, with Jakob Poeltl finishing with 13 points and 11 rebounds.

"We just focused in the fourth quarter, we really locked in and didn't want them to get into the paint," Poeltl said. 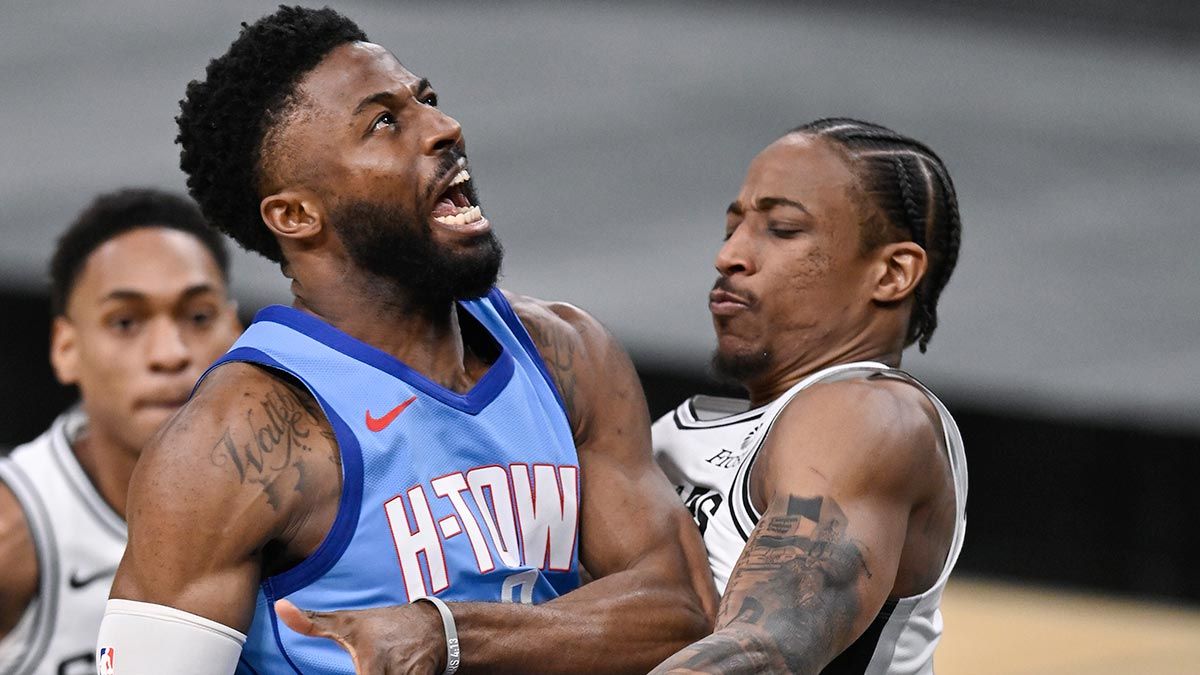 Rockets: Brown was ruled out about an hour prior to game time. He had 23 points, seven rebounds and three assists in 36 minutes during Houston's 109-103 victory on Thursday. … Wood entered the game averaging 23.1 points and 10.1 rebounds. He has had at least 20 points in nine of his past 10 games. … Kurucs' first attempt and basket came when he broke to the rim for a layup off a behind-the-back pass from Wood with 5:41 left in the first quarter.

Spurs: Spurs assistant coach Becky Hammon remains out, along with reserve center Drew Eubanks, due to the league's health and safety protocols. ... DeRozan was assessed a technical foul four minutes into the second quarter after punching the ball out of bounds after making a layup. DeRozan was upset no foul was called on Tucker, who defended him on the layup.

Rockets: Complete a three-game road trip against the Chicago Bulls on Monday.