Anthony Davis missed a wide-open 3-pointer at the buzzer that would have won it for the Lakers, whose four-game winning streak ended after an emotionally charged weekend. Los Angeles lost to a sub-.500 opponent in its first game after back-to-back victories over NBA-leading Milwaukee and the powerhouse Clippers.

Caris LeVert added 22 points as Brooklyn opened its four-game California road trip by knocking off the powerhouse Lakers, who lost for only the second time in 13 games. Vaughn's Nets unbeaten since he surprisingly replaced Kenny Atkinson last week.

LeBron James had 29 points, 12 rebounds and nine assists for the Lakers.

Davis scored 20 of his 26 points in the second half, and he hit a tying 3-pointer with 42.6 seconds left on a setup from James. But after Davis missed the potential winning 3 after another pass from James, the Lakers lost at home for the first time since Feb. 6. 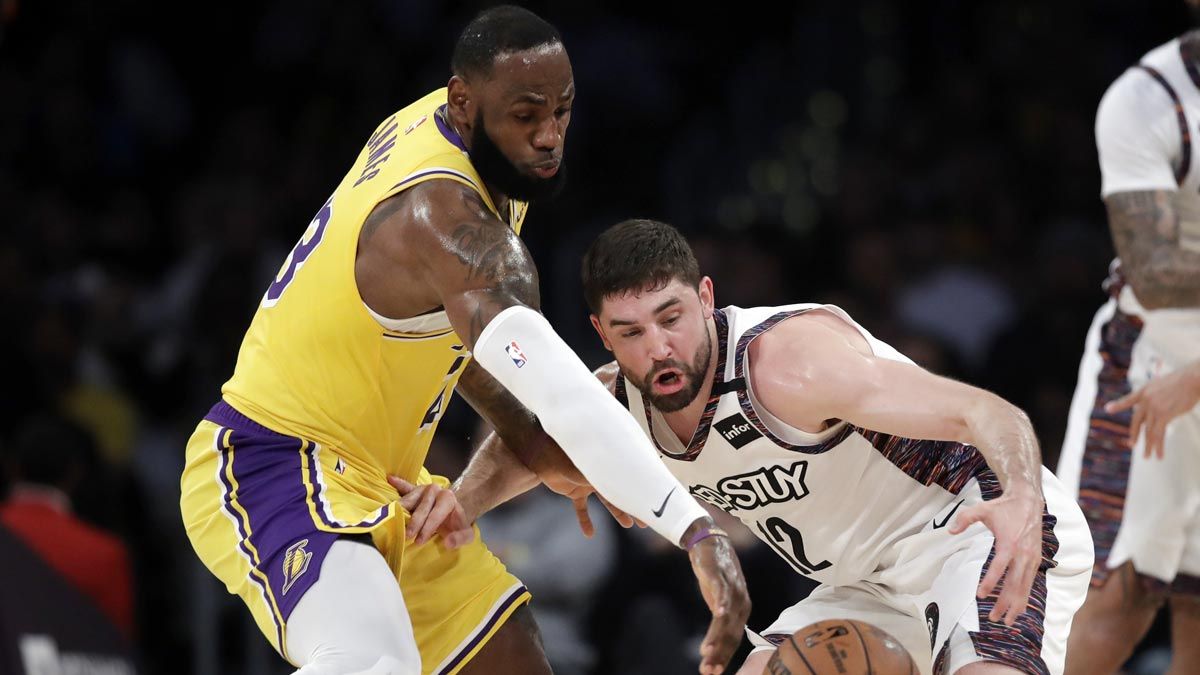 Brooklyn had a 97-88 lead with six minutes to play, but the Lakers ratcheted up their defense and cut it to 100-99 on James' driving layup with 1:47 to play. LeVert hit two free throws, but James drove and dished back to Davis for the tying 3-pointer.

Dinwiddie, a Los Angeles native who starred at Taft High School in the San Fernando Valley, calmly drilled his mid-range jumper for the Nets' first field goal in three minutes.

James drove the lane for a layup that somehow rimmed out with 9 seconds to play, but the Lakers got the ball back after the scramble. James again drove and dished to Davis — but the All-Star couldn't connect to secure the Lakers' 50th win of the season and a triple-double for James.

After their wildly successful weekend, the Lakers understandably seemed a bit less passionate in their return, particularly on defense. They led 58-56 at halftime despite committing nine turnovers and playing less-than-impressive defense.

Brooklyn took a seven-point lead into the fourth quarter after Timothé Luwawu-Cabarrot scored 11 quick points late in the third. 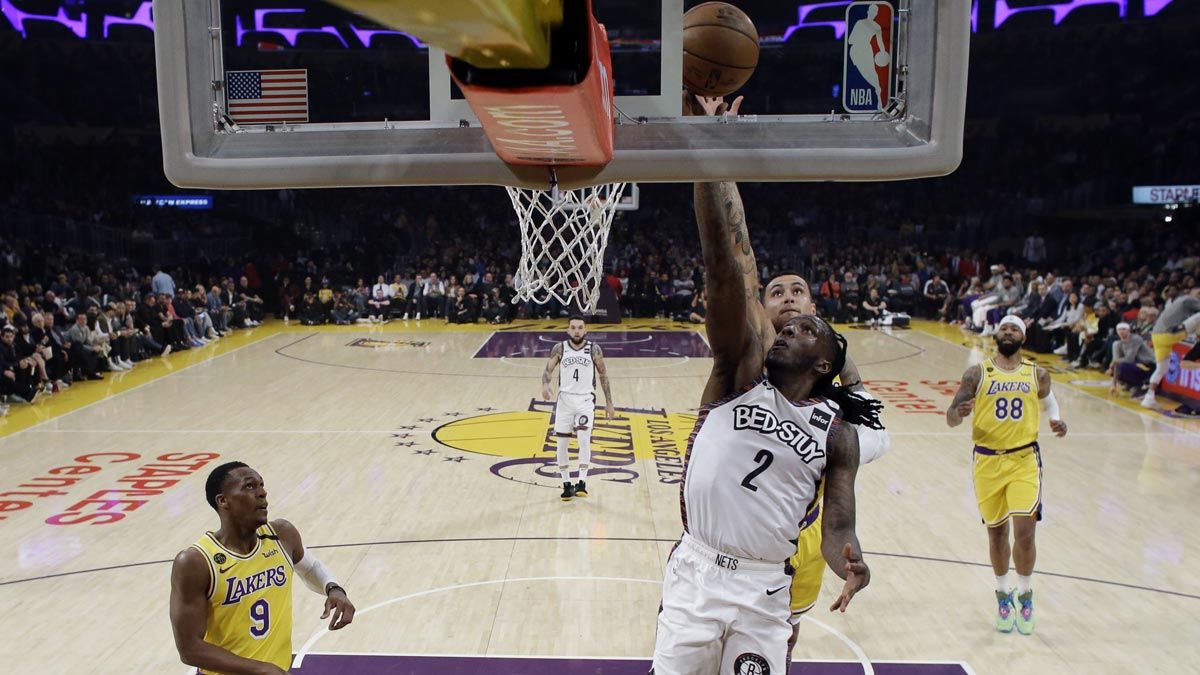 Nets: Vaughn said the Nets are taking all recommended safety and hygiene precautions during their trip to California. ... Garrett Temple missed his fourth straight game with a sprained left ankle.