CHICAGO - If he were living an ordinary life, 19-year old LaMelo Ball would have been in college right now pursuing whatever career path he chooses.

But LaMelo's world is anything but normal and college, if he ever detours there, can wait. He is busy in the NBA right now.

And with the way he's balling, this rangy 6-foot-6, 180-pound Hornet might just earn that coveted All-Star degree well ahead of schedule.

Last January 9, in Charlotte's 113-105 win over the Atlanta Hawks, Ball made NBA history by becoming the youngest player to record a triple-double with 22 points, 12 rebounds and 11 assists.

Markelle Fulz previously held the distinction before Ball eclipsed that feat by 177 days. 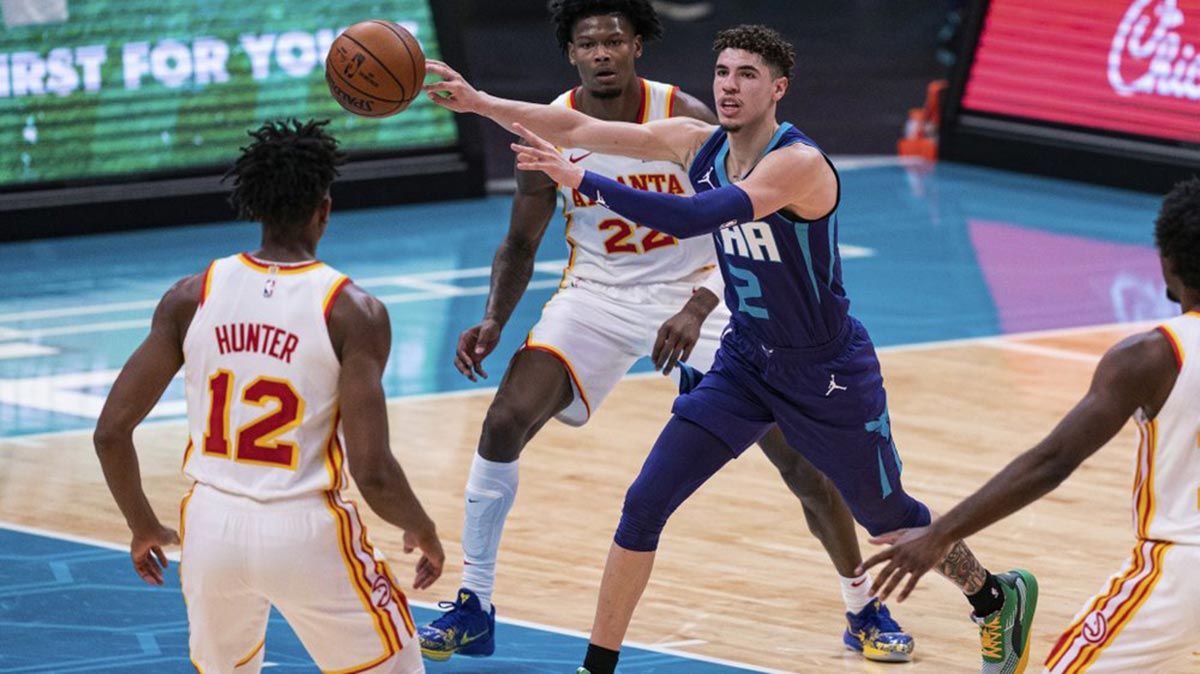 Early today, LaMelo leaked more of his incredible potential when he tallied 24 points,10 rebounds and seven assists in 32 minutes of action as the Hornets spanked the visiting Houston Rockets, 119-94, at the Spectrum Center.

Through 25 games in his rookie campaign thus far, the third overall pick is averaging 14.2 points, 5.9 rebounds and 6.2 assists an outing.

And just like any rook, Ball is going through some growing pains.

He is shooting just 43.3 percent from the field and 36.3 percent from 3. His defense, long known as a blemish in his game, has more holes than a golf course while his turnover rate is at an alarming 2.5 a contest. 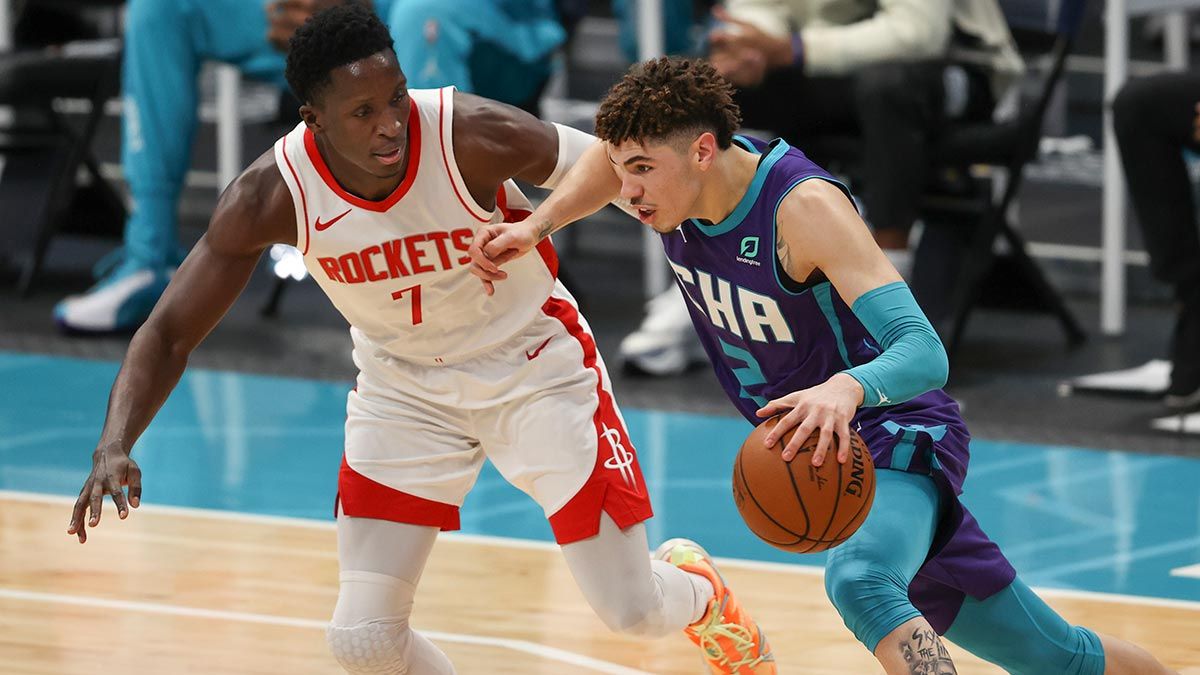 But those are flaws that can be rectified under the tutelage of head coach James Borrego and the guidance of veteran teammates such as Gordon Hayward, Terry Rozier and Bismack Biyombo.

Usually, the hardest adjustments a newbie has to make in the NBA is the physical play and the grinding schedule that includes a lot of travel and back-to-back games.

So far, none of these obstacles have bothered LaMelo.

Encouraged by his dad, LaVar, LaMelo has always been used to "playing up" and hooping with 16-year olds when he was only 9. And having an older brother, Lonzo, already in the NBA is a huge plus.

"I think it shaped me well. Seeing all that at a young age you already know what you're going into," he told The Charlotte Observer.

Playing in pro leagues in Lithuania and Australia, where he frolicked with grown-ups instead of pawing with teenagers in his age bracket in college, proved useful in his NBA leap.

"Helps with mentals," he said.

Already the best baller in the family, LaMelo, who is signed to a four-year $35.5 million deal through 2024, could get more bragging rights over his big bro by winning the Rookie of the Year plum.

OUT AGAIN Lauri Markkanen was due for a big raise this past offseason when he was eligible to get a contract extension with the Chicago Bulls. 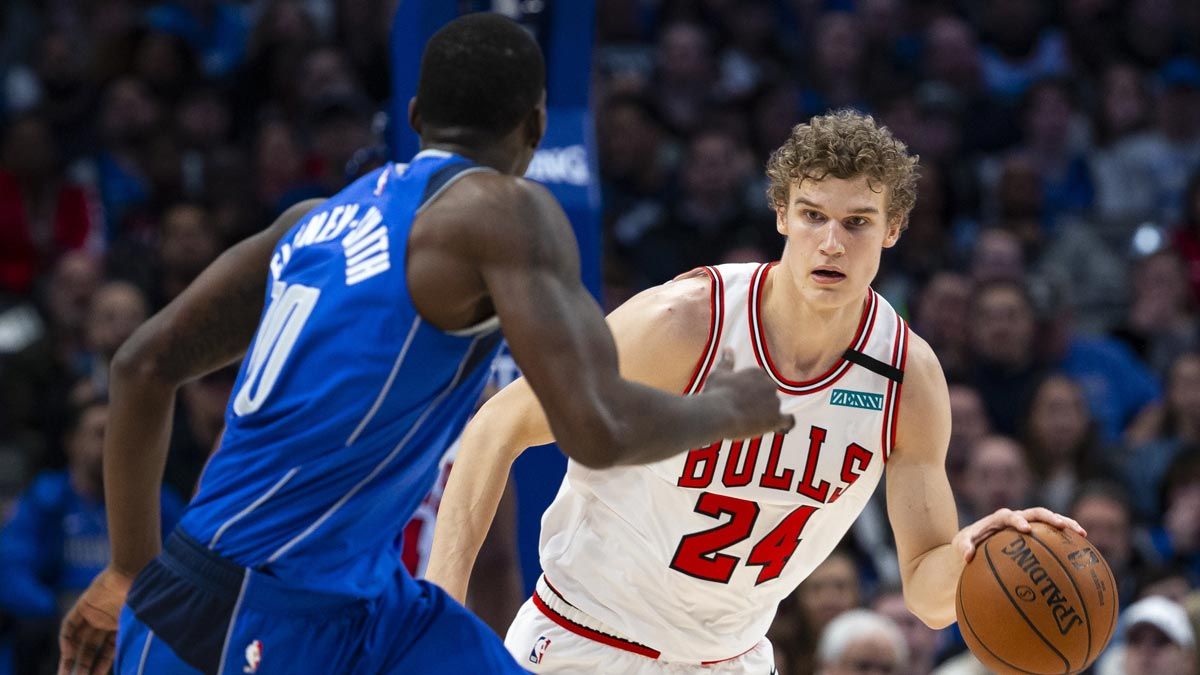 But nothing got done as the Bulls elected to let this season play out and allow the free market to set the price on the 7-foot, 240-pound forward.

But the news that the 23-year old Markannen will be out two to four weeks with a sprained shoulder brings to light his ability to consistently stay healthy.

Including this season, Markannen has already missed 45 out of a possible 229 games in four years.

So the question beckons: Are the Bulls or any other potential suitor willing to pay for a long-term deal worth at least $18 million per to a player who is missing games at a high 19 percent rate?