by aaron bracy, ap
3 days ago

PHILADELPHIA — Joel Embiid had 25 points and 13 rebounds and the Philadelphia 76ers used a dominating start to roll to a 111-99 victory over the Boston Celtics on Friday night (Saturday, Manila time).

Embiid finished five points shy of setting a franchise record with 30 or more points in nine straight games. He remains tied with Allen Iverson and Wilt Chamberlain for the club mark with eight in a row.

"I was aware of it but was really not chasing it," Embiid said. "Those are legends. I'm surprised Wilt didn't actually do it more than eight times. My main focus coming into tonight was getting the win. We got the win and that's what I'm happy about."

Tyrese Maxey scored 23 points, and Tobias Harris and Seth Curry each added 17 to help the Sixers win for the eighth time in nine games.

"Good energy, good defense, sharing the ball, we got stops and got them to take a bunch of tough shots," Curry said. "That was a good start for us."

Jaylen Brown scored 21 points and Jayson Tatum had 20 for Boston. The Celtics had won three in a row.

"The slow start doomed us," Boston coach Ime Udoka said. "I have to do a better job of getting our guys ready to play. They were coming off a loss and played a little harder than we did. It's on me."

With both teams playing the first half of a back-to-back, Udoka pulled his starters with 9:17 left and trailing 89-72.

"There wasn't much going there, so I wanted a spark from our younger guys and tomorrow's game played into it," Udoka said.

Philadelphia led by as many as 22 points in the first half, and the Celtics never cut the margin under double-digits after halftime.

Embiid has been on a tear since Dec. 26, upping his season average to 27.1 points per game entering Friday after a dominating eight-game stretch in which he averaged 32.6 points.

Things got heated with 28.8 seconds left in the quarter when Josh Richardson fouled Matisse Thybulle hard during Thybulle's breakaway try. The players came together, but no punches were thrown. Richardson, who played for the 76ers with Thybulle during the 2019-20 season, was assessed a Flagrant 1 foul and both Thybulle and Grant Williams were issued technicals.

Thybulle was in the middle of another Flagrant 1 with 7:35 left in the third quarter when Dennis Schroder pushed Thybulle from behind on his way to a fast-break dunk. Thybulle came down hard on his back but stayed in the game before being removed with 2:19 left in the third and not returning due to right shoulder soreness.

Embiid received a technical after scoring and getting fouled with 2:19 left in the third for an apparent elbow in the direction of Payton Pritchard. 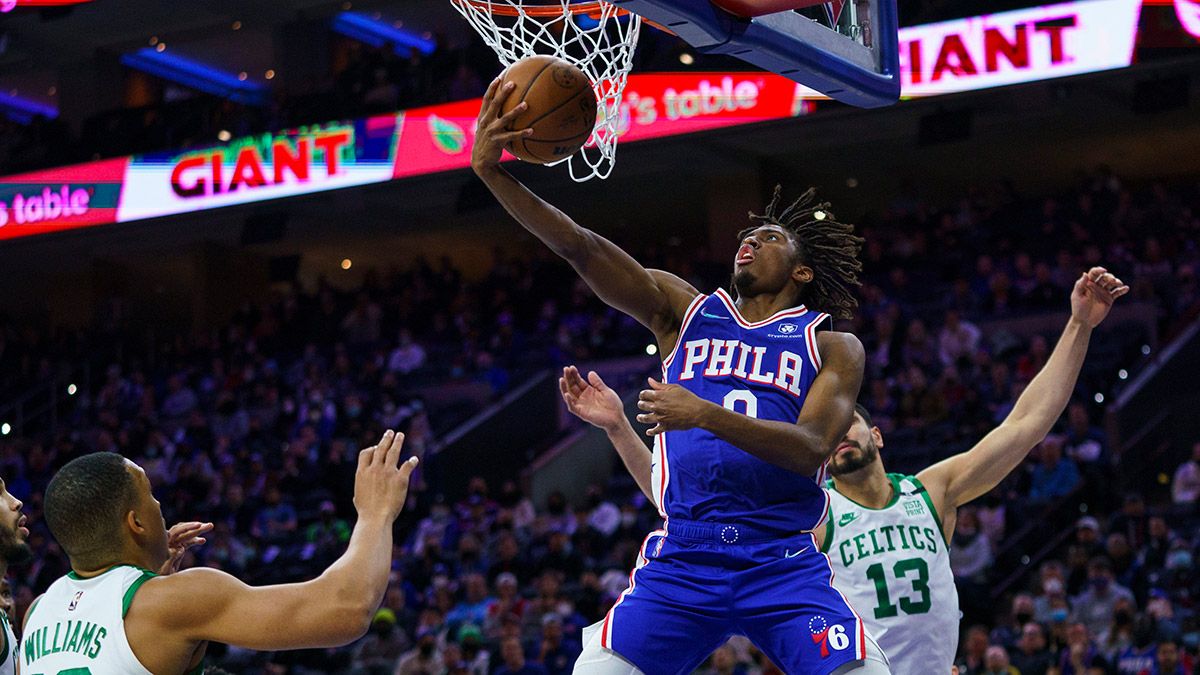 76ers: Danny Green (right hip) was out. It was his 12th missed game this season. "He's having one of those years," coach Doc Rivers said. … Shake Milton (back) sat for the fifth straight contest, and Rivers said he isn't close to returning.

76ers: At Miami on Saturday night.