Giannis flirts with triple-double as Bucks down Pacers

Coach Mike Budenholzer held out two injured starters — center Brook Lopez and guard Jrue Holiday — as well as key backup Bobby Portis. Yet they still had enough scoring punch to pull away from the Pacers, who have lost three of their first four games under new coach Rick Carlisle.

The Pacers were led by Malcolm Borgdon with 25 points and seven assists. Domantas Sabonis had 21 points, 13 rebounds and five assists

It was Middleton's four-point play to close the first-quarter scoring that changed the game. It broke a 30-30 tie, and Milwaukee never trailed again.

The Bucks extended the lead to as much as 57-46 midway through the second quarter, then saw Sabonis lead the Pacers back, cutting the margin to 60-57 with a spinning layup. But Milwaukee scored the final six points of the first half and used a 12-5 third-quarter run to take an 83-66 lead.

Indiana cut the deficit to 107-102 on Justin Holiday's 3-pointe with 6:21 left in the fourth but never got any closer. 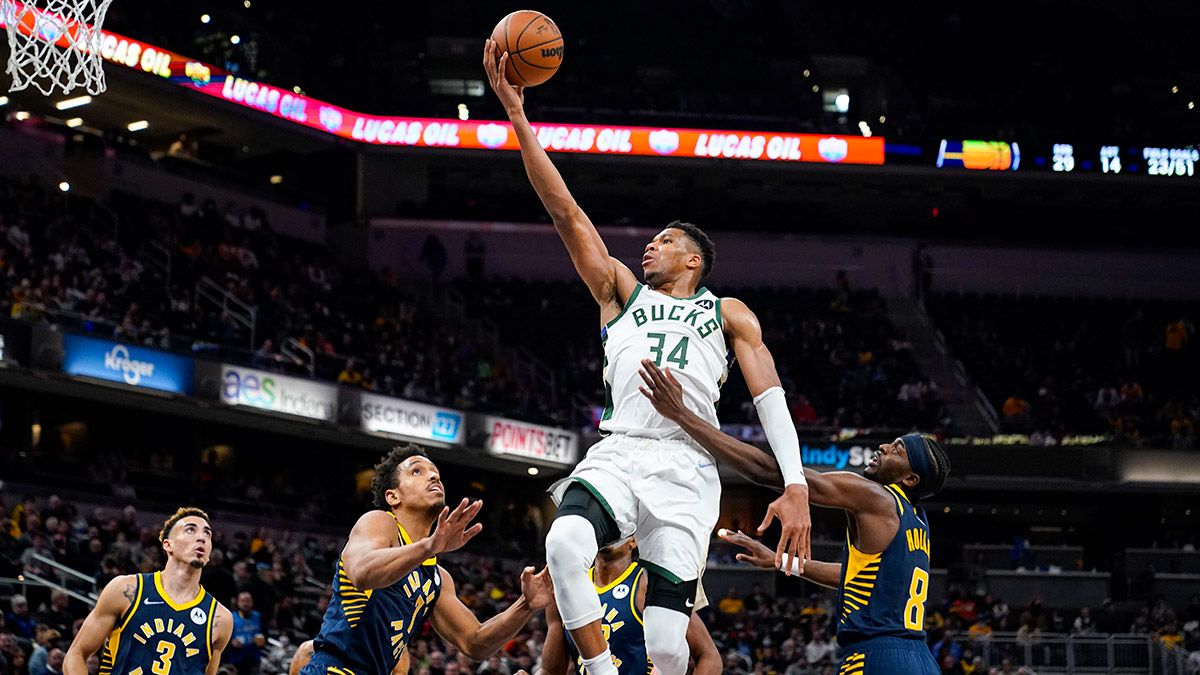 Giannis Antetokounmpo goes 10 for 18 in 36 minutes of action.

Pacers: Chris Duarte had 18 points, Justin Holiday finished with 12 and Jeremy Lamb scored 11. ... Myles Turner had five points and four rebounds but played only 14 minutes after getting into early foul trouble. ... The Pacers held a 47-42 rebounding advantage, giving up just seven offensive rebounds. But they had 19 turnovers and were 14 of 36 on 3-pointers. ... Carlisle still needs one win to tie Nate McMillan (183) for the third-most in the franchise's NBA history.

The game was marred by a brief shouting match midway through the fourth quarter, which occurred on a tie-up between Brogdon and Bucks guard George Hill underneath the Pacers basket. But the bigger issue came when Middleton and Goga Bitadze wound up on the court. Bitadze was pulled out of the pile by the seat of his pants. Hill and Bitadze were each given technical fouls following a replay review.

Turner wore custom-designed shoes as part of a contest sponsored by Mountain Dew. The shoes came in the Pacers team colors, blue and gold. One shoe came with an Indianapolis city flag while the other included Indiana's nickname and the Pacers team logo.

Pacers: In Toronto on Wednesday in the first of two matchups this week.