Shake Milton delivers as 76ers even series with Hawks

Embiid had 40 points and 13 rebounds and Milton buried a 32-footer and scored 14 points in an electrifying stretch off the bench to lead the 76ers past the Atlanta Hawks, 118-102, in Game Two on Tuesday night (Wednesday, Manila time) and even the Eastern Conference semifinal.

Game Three is on Friday in Atlanta.

Milton was a sixth man who then lost his spot in the rotation and scored only 17 points over spotty action in six playoff games this season. Coach Doc Rivers kept the faith and Shake rattled the Hawks and helped the Sixers roll to a 14-0 run that blew the game open and sent a packed house into a frenzy.

Milton did not play in the first half but buried a long-distance 3 at the horn to send the Sixers into the fourth quarter with a 91-84 lead. He kept it going with a jumper early in the fourth that made it 95-84.

Embiid hopped off the bench and went wild and was the first one to greet Milton heading into a timeout. Milton received a standing ovation not much later when he left the game with the Sixers up 114-97. His 14 minutes were the most valuable of Game Two.

Embiid proved his value all season.

He led a sensational Sixers stretch not long after he found out he was runner-up in NBA MVP voting. Embiid, Tobias Harris and Seth Curry steadied the top-seeded Sixers a game after they fell behind by 26 and were stunned in a Game 1 defeat.

The Sixers led by 18 early and Sixers fans — who only recently were allowed to pack the place — unleashed seemingly a season's worth of pandemonium from the opening tip.

Much like in Game 1, the 76ers reserves could not keep the game competitive. All five bench players used in the first half were minus in plus-minus (George Hill and Furkan Korkmaz were both at -11) and Atlanta came roaring back. Huerter and Gallinari hit consecutive 3s that helped the Hawks pull within 57-55 at halftime.

Young hit a pair of free throws in the third for Atlanta's first lead, 80-79.

Awful in the first round (3.4 points per game) against Washington, Milton buried a quick 3 to make it 82-80. Then came the 3 that rocked the arena and sent the Sixers on their way to Atlanta with new life following the Game 1 disaster.

Young, the breakout performer of the postseason, was held to 11 points in the half after scoring 25 in the first half of Game 1. The difference was defense. Simmons, an NBA defensive player of the year finalist, got the assignment in this one after Danny Green was overmatched in the opener. The Sixers were ready for Young: On one first-quarter possession, Young drove the lane and ran into Embiid. Young retreated beyond the 3-point line but was chased down and pressed by Embiid. Trapped along the sideline, Young threw a wild pass that was picked off by Green.

Late in the quarter, Young took one of his usual long, long distance 3s from closer to the 76ers logo than the 3-point line, but the 6-foot-10 Simmons used his outstretched right arm and deflected the 6-1 Young's shot straight into the air. Simmons snagged the ball. 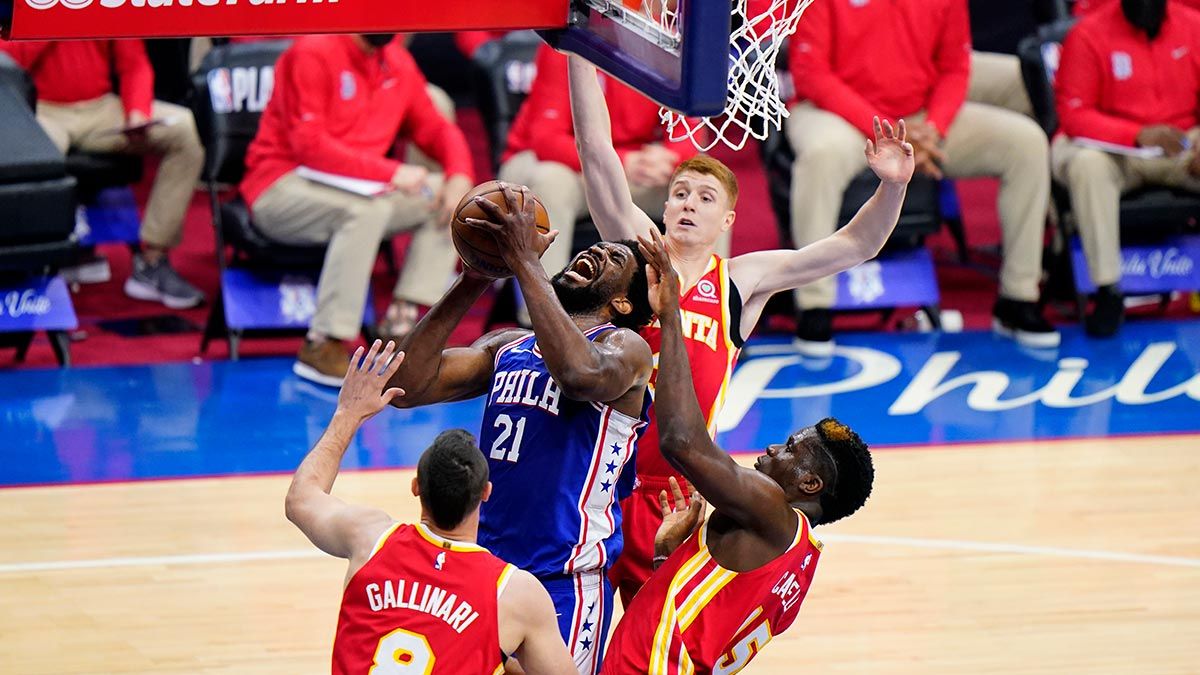 So why the big disparity in the voting? Jokic was the runaway winner, getting 91 of the 101 first-place ballots cast.

Jokic played all 72 games while injuries limited Embiid to 51.

"I think it was a two-man race," Rivers said. "Just so many great players in our league. I do think probably the deciding factor was games played. That played a role for sure. I was obviously hoping for our guy but you can't take anything away from Jokic."

Allen Iverson in 2001 is the last Sixer to win the MVP award. 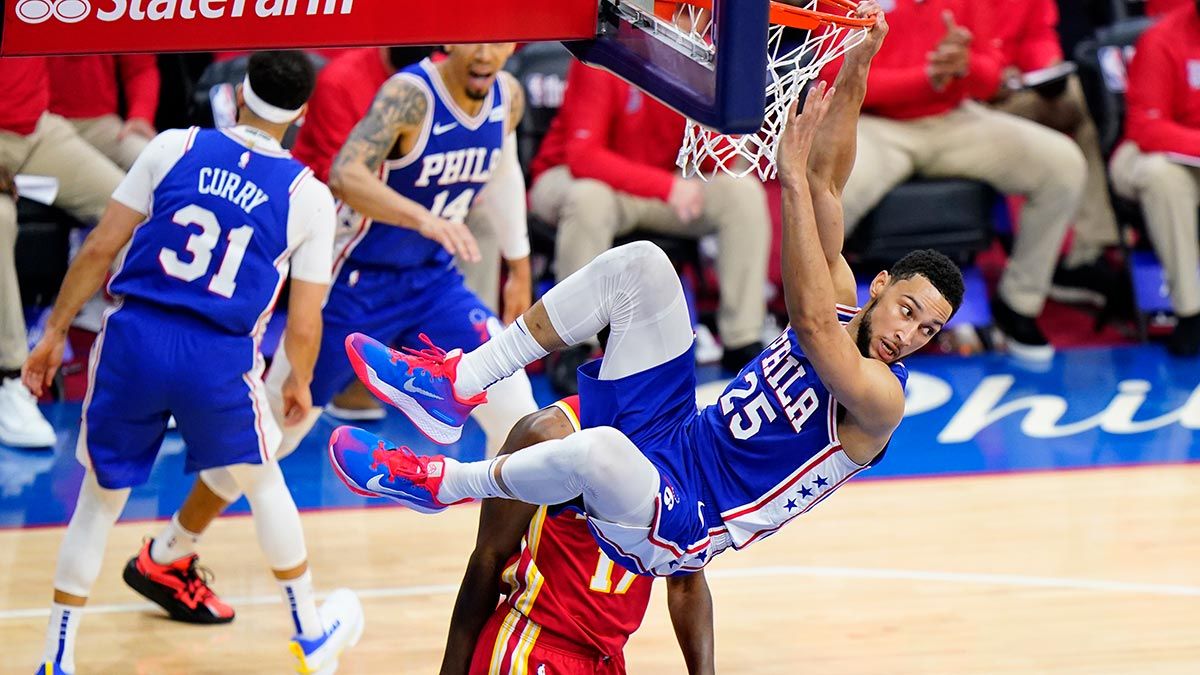 76ers: Julius Erving ran the ceremonial bell. ... Simmons arrived to the arena wearing an Iverson T-shirt. ... Embiid is the seventh Sixer with at least 10 career 30-plus point playoff games.