OKLAHOMA CITY — Shai Gilgeous-Alexander hit a 27-foot 3-pointer at the buzzer to give the Oklahoma City Thunder a 104-103 victory over the Los Angeles Clippers on Saturday night (Sunday, Manila time).

On Wednesday night, Gilgeous-Alexander hit a 30-footer with 1.4 seconds to tie the game against New Orleans, but Devonte Graham drained a 60-foot heave as time expired for the winner.

This time, Gilgeous-Alexander hit the game's last dramatic shot, and his teammates mobbed him as he ran downcourt.

The Thunder led 57-52 at halftime behind 15 points from Dort and 11 from rookie reserve Tre Mann. Oklahoma City shot 53% before the break. Kennard scored 15 points for the Clippers.

The Thunder led 81-79 at the end of the third quarter.

Gilgeous-Alexander was quiet as a scorer until the fourth quarter. He scored a layup and a 3-pointer to give the Thunder a 93-86 lead.

Oklahoma City led for most of the quarter, but the Clippers took the lead late. Los Angeles led 103-101 with Justise Winslow at the line in the closing seconds. Winslow missed both free throws and the Thunder rebounded and called timeout to set up their final play. 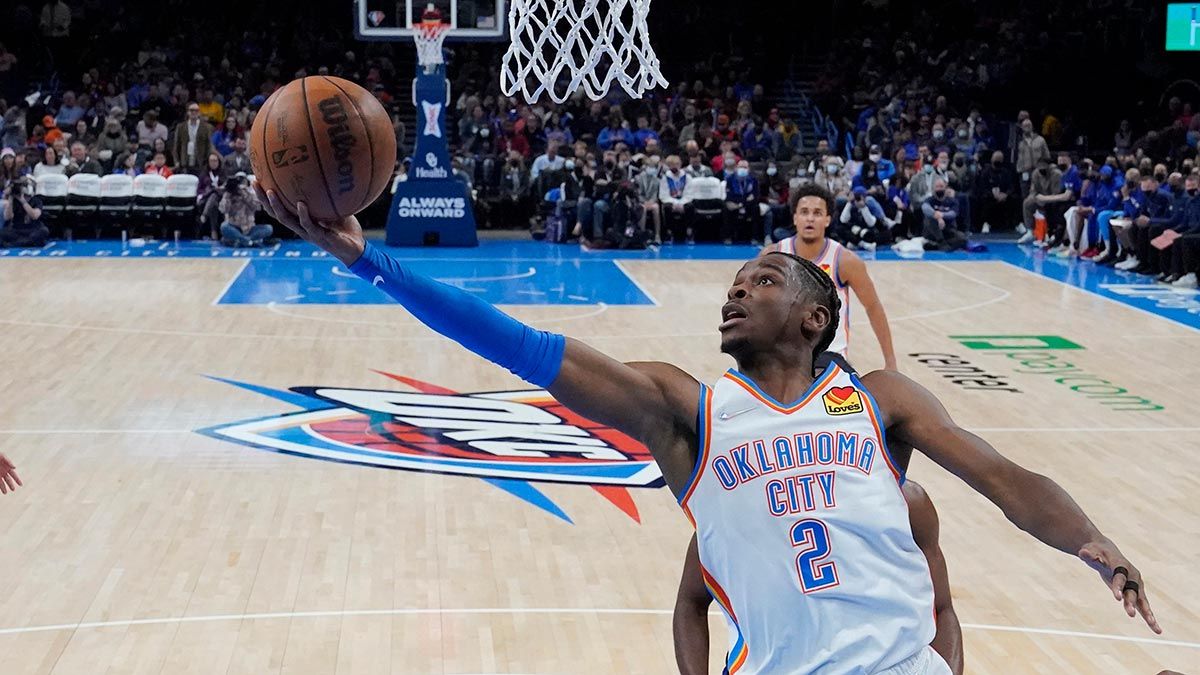 Shai Gilgeous-Alexander and the Thunder are 5-10 at home.

Clippers: Winslow got his first start of the season for the Clippers. He finished with nine points and nine rebounds. ... Nicolas Batum returned after missing three games because of a sprained right ankle. He scored 12 points.

Thunder: Rookie Aaron Wiggins started in place of Darius Bazley. Thunder coach Mark Daigneault said before the game that the situation was fluid and the team wanted to try different combinations to find out what works. Bazley scored 10 points in 24 minutes. Wiggins scored five points in 18 minutes.

Thunder: At Memphis on Monday night.