OKLAHOMA CITY — Shai Gilgeous-Alexander scored 27 points and the Oklahoma City Thunder rallied from 26 points down to beat the Los Angeles Lakers, 123-115, on Wednesday night (Thursday, Manila time) for their first win of the season.

Darius Bazley added 20 points and rookie Josh Giddey had 18 points and 10 assists for the Thunder, who opened the season with four losses.

The Lakers played without LeBron James, who sat out his second straight game with a sore right ankle.

Russell Westbrook, the former Thunder star, had yet another triple-double in Oklahoma City. He had 20 points, 14 rebounds and 13 assists for the 185th triple-double of his career before being ejected in the final seconds. He was cheered loudly during pregame introductions.

Anthony Davis scored 30 points for the Lakers, who fell to 2-3.

The Thunder led 118-115 with 9.7 seconds left when Carmelo Anthony intercepted an inbounds pass by Giddey. Anthony badly missed a 3-pointer that would have tied the game, and the Thunder rebounded.

Oklahoma City's Lu Dort was fouled with 4.7 seconds to play. His first free throw rolled in, and he made the second to put the Thunder up five.

Bazley intercepted the inbounds pass and dunked with 1.5 seconds left. Westbrook took exception to Bazley not running out the clock and was ejected for getting his second technical of the night. 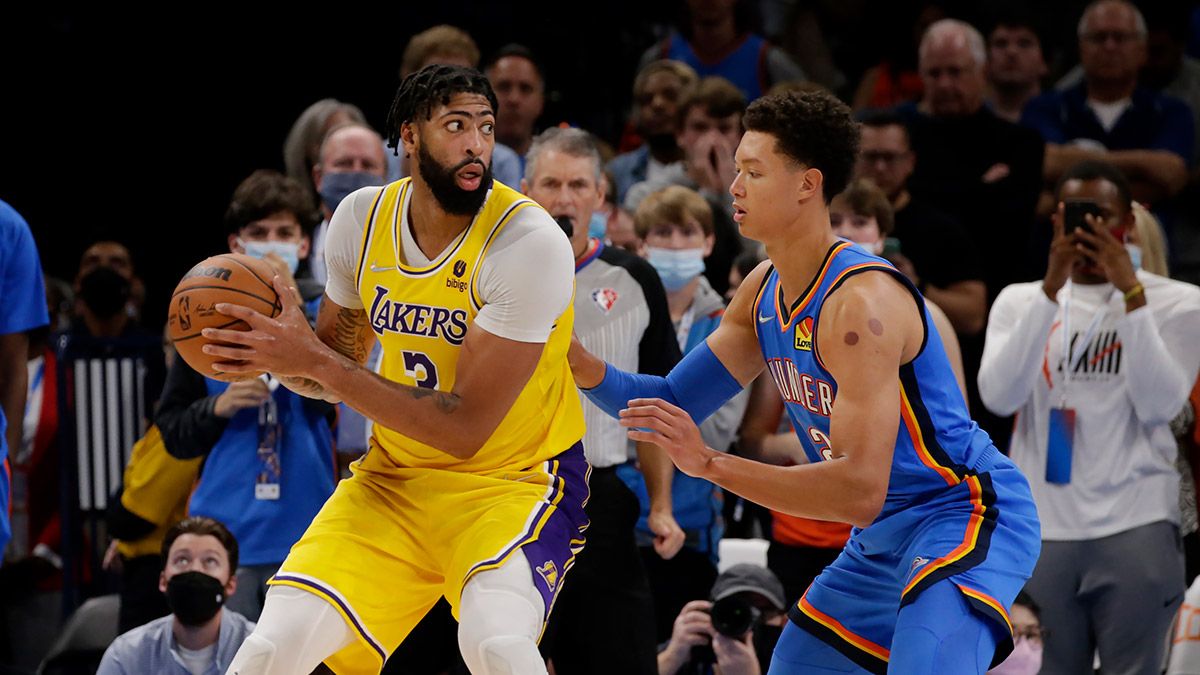 Westbrook was called for his first technical in the final minute of the third quarter with the Lakers up 95-91. Gilgeous-Alexander made all three free throws to cut the Lakers' lead to one.

Lakers: Malik Monk started in place of James. He finished with nine points. ... Anthony and Avery Bradley each scored 13 points.