Causes for the arrests included failure to disperse, vandalism and assault on a police officer.

Eight officers were treated for injuries and three members of the crowd were taken to hospitals after being injured by so-called less lethal munitions fired by officers, a police statement said. 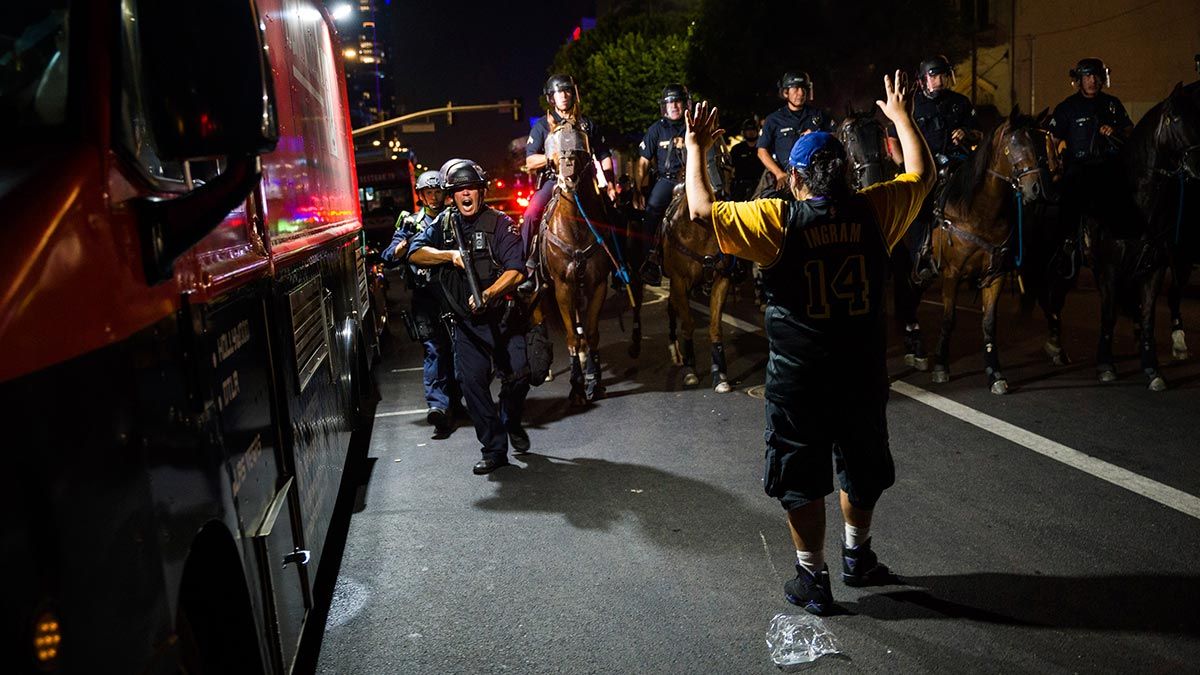 The celebration by about 1,000 people was initially largely peaceful but "unruly individuals" mixed into the crowd and threw glass, bottles, rocks and other projectiles at officers, police said.

The sounds of fireworks immediately reverberated across Los Angeles and fans headed to Staples Center, the Lakers' home court, to celebrate — despite admonitions to stay away. 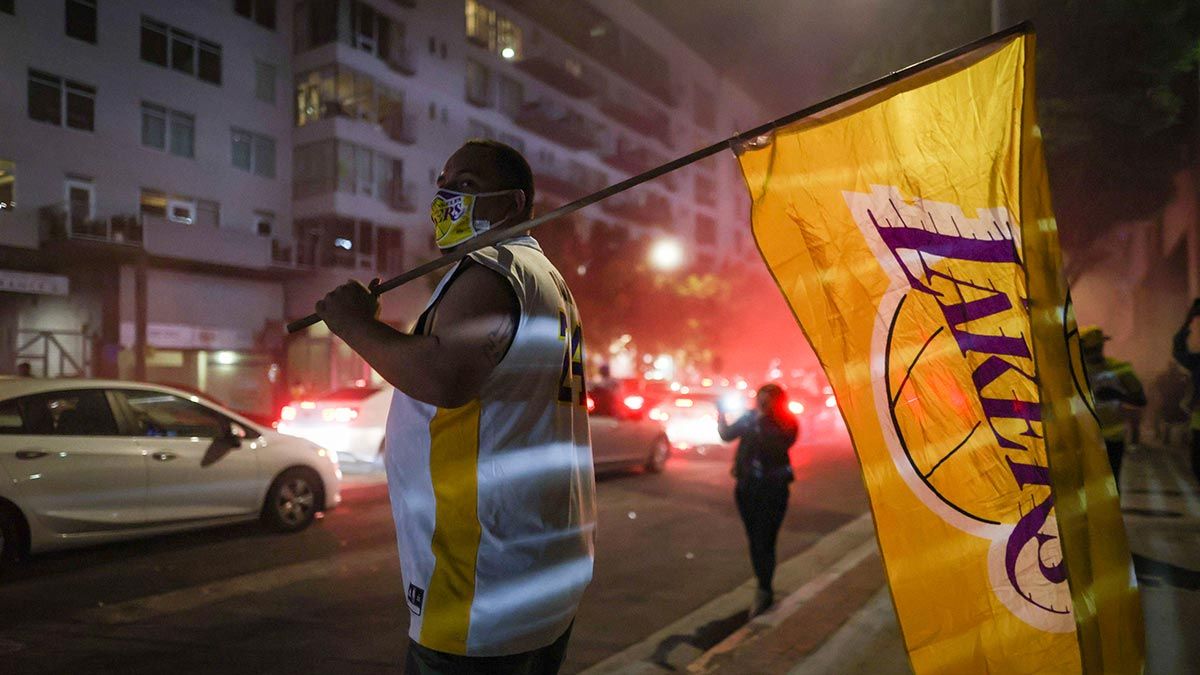 Celebrations were mostly peaceful but some rocks and bottles were thrown at officers, KABC-TV reported. Videos posted online also showed cars doing "doughnuts" and fireworks being set off in the street — which is illegal without a permit, KCAL-TV reported. Witnesses told the Los Angeles Times that officers fired "beanbag rounds" at one point, which sent some people running.

A few officers on horseback worked to push the crowd away from Staples Center. Later in the night, the large gathering fractured into several groups.

Los Angeles Mayor Eric Garcetti had discouraged public gatherings to celebrate the win, instead urging fans to cheer on the team from home. 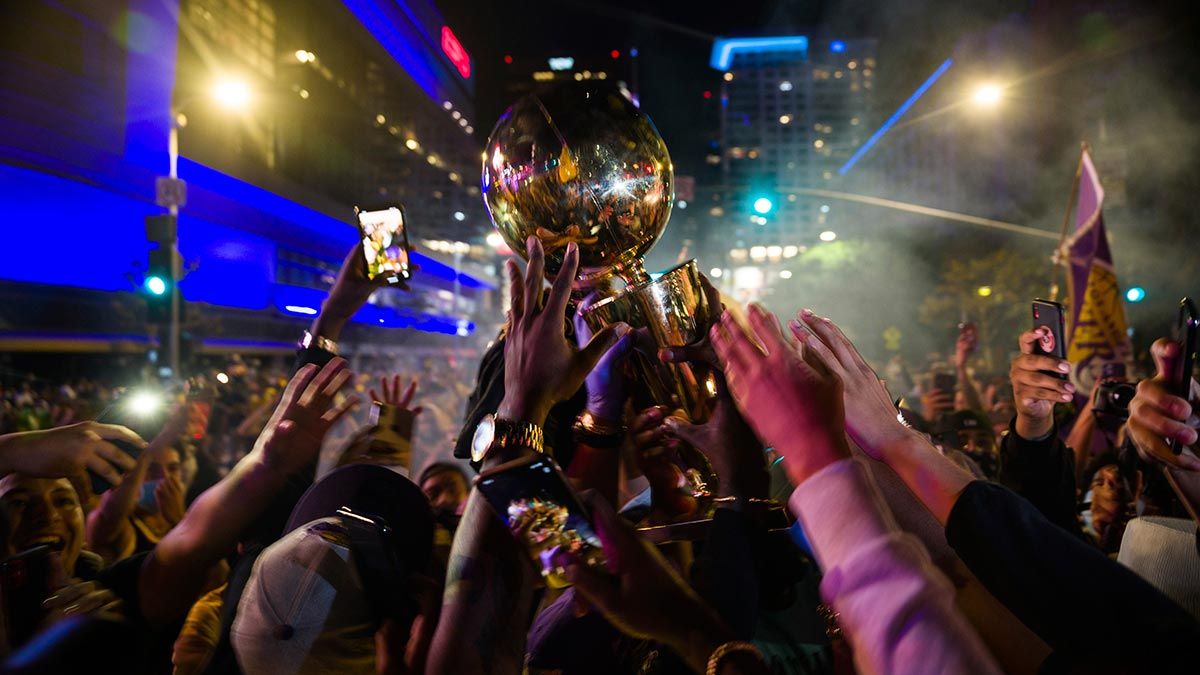 "As we cheer our @Lakers' 17th championship, please remember it's still not safe to gather in groups," the mayor tweeted, in reference to the coronavirus pandemic.