The guard scored 23 of his 28 points in the first quarter in the Philadelphia 76ers’ 115-103 victory over the Oklahoma City Thunder on Sunday night (Monday, Manila time).

Curry made 6 of 7 3-pointers in the opening period to help the 76ers take a 36-26 lead. After the quarter ended, a teammate waved a towel over him, perhaps concerned that he might burn up.

Curry’s older brother, Steph Curry of the Golden State Warriors is known for such streaks. Seth said this run was a bit different than the crazy ones Steph goes on.

Joel Embiid added 22 points and nine rebounds for Philadelphia. The 76ers are off to a 2-1 start as they work through issues with Ben Simmons, the point guard the team listed as out because of personal reasons.

Oklahoma City fell to 0-3, but the Thunder might have won over some fans with their scrappy play down the stretch.

“We just competed tonight, especially in the fourth,” Gilgeous-Alexander said. “We did everything we could to get the game. Obviously, it wasn’t enough, but we were going to put our hard-hats on and try to go get it for sure.”

The Thunder hung tough after Curry’s fast start. A deep step-back 3-pointer by Gilgeous-Alexander cut the 76ers’ lead to 59-51 at halftime. Philadelphia held an 87-78 lead at the end of the third quarter.

The 76ers had an 11-0 run early in the fourth quarter. Furkan Korkmaz, Matisse Thybulle and Georges Niang all hit 3-pointers in an 88-second span to put the 76ers up 98-80. 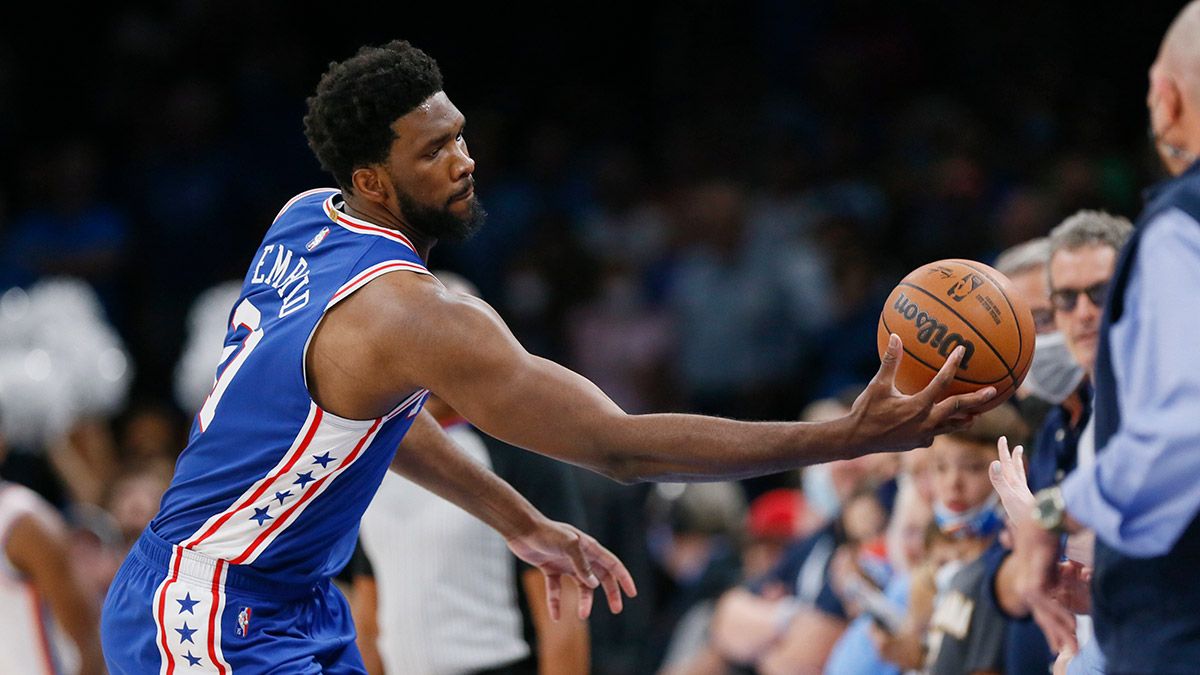 Giddey hit two free throws, then he got a steal and made a 3-pointer to cut Philadelphia’s lead to 110-102 with just over a minute to play. Curry then hit a 3-pointer for his first points since the first quarter to keep the 76ers in control.

“They were on a big run,” Curry said. “It got kind of loud in there for a second. ... we needed to kind of stop the run. Once we broke the press, Tobias (Harris) found me in the corner and I just took my time, set my feet and shot it like any other shot. Just one of those that you step into with confidence, and it was a big shot to kind of close the game out.”

76ers: Embiid was a game-time decision with a right knee injury. Even minutes before tip-off, he had the knee iced. ... Center Andre Drummond sat out with a sprained right ankle. ... Seth Curry made six 3-pointers in the first quarter. He had only made more than six threes once in a game in his entire career.

Thunder: Fans stood until Oklahoma City scored. It took a while, but Derrick Favors scored the first regular-season points for the Thunder in front of fans since the 2019-20 season was interrupted because of the COVID-19 pandemic. ... Former Thunder players Thabo Sefolosha and Nick Collison attended the game. Collison is the only Thunder player with his jersey in the rafters.

Connor O’Malley, a 21-year-old from Tulsa, hit a half-court shot during a break in the action to win $20,000 from MidFirst Bank. The Southwestern Christian University student’s shot hit the backboard, bounced up from the front inside part of the rim and hit the backboard again before rattling in.

76ers coach Doc Rivers on Embiid, who had three blocks: “He’s been absolutely wonderful. Not just with his play, but verbally on the floor. And he’s in great shape too. The blocks that he’s having … we’ve got a 7-foot-1 guy doing Eurosteps. It’s incredible watching him play.”