Ojeleye, Pritchard on target as Celtics roll past Raptors to snap skid

BOSTON — Semi Ojeleye had a career-high 24 points and six 3-pointers, and the Boston Celtics rolled to a 120-106 win over the Toronto Raptors on Thursday night (Friday, Manila time).

The Celtics never trailed and led by as many as 19, thanks in part to a season-high 20 3-pointers. 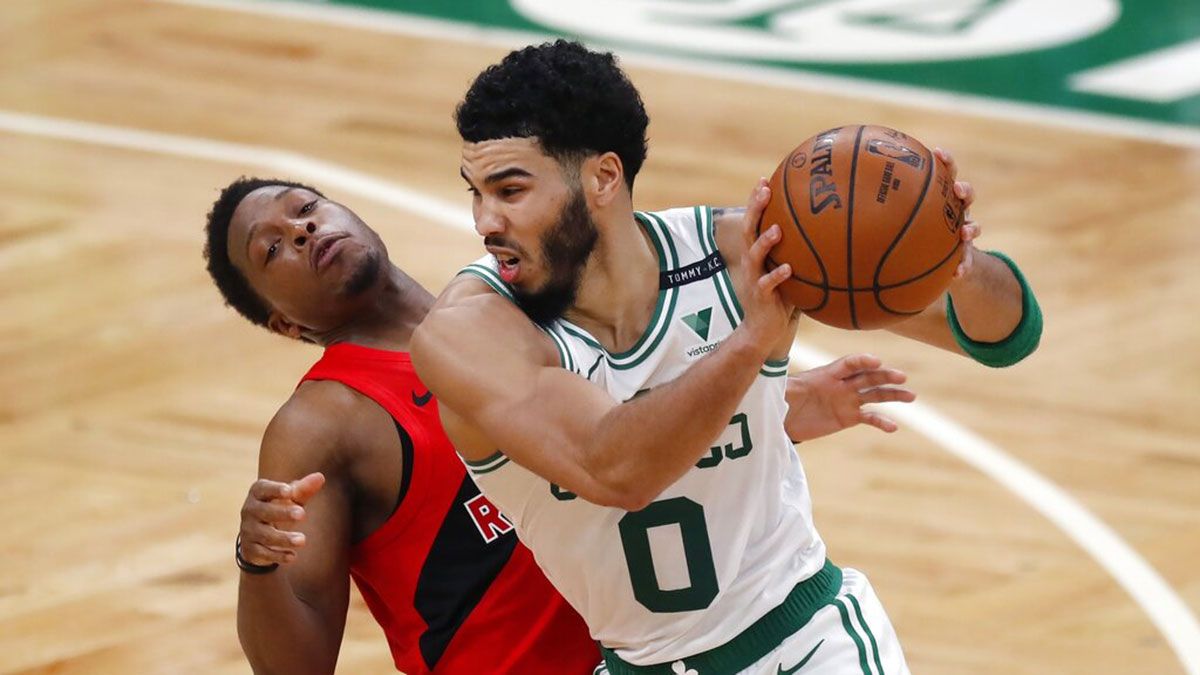 Kyle Lowry led the Raptors with 24 points and six assists. Pascal Siakam finished with 23 points for Toronto, which was coming off a win at Washington a night earlier.

The Raptors played without OG Anunoby (left calf strain) for the ninth straight game but still managed to dominate in the paint, where they outscored the Celtics 58-32.

But Boston's second unit was strong throughout and, led by Pritchard, outscored its bench counterparts 38-31.

Toronto cut an early 11-point deficit to a point early in the second quarter but struggled to keep pace with Boston's 3-point shooting. The Celtics connected on 12 of 20 attempts from beyond the arc in the half.

Tatum and Brown combined for just two points in the first quarter. They remained active in the offense, though, assisting on eight of Boston's 12 field goals in the period. That helped the Celtics sprint out to a 15-4 lead and take a 34-29 edge into the second quarter.

Celtics: Ojeleye and Pritchard are the first pair in Celtics franchise history to make at least six 3-pointers in the same game. ... Marcus Smart missed his sixth straight game with a left calf tear.

Raptors: Host Minnesota on Sunday in Tampa, Florida, where Toronto will play its home games for the rest of the season.