Sean Chambers on Ray Parks' NBA dream: 'He definitely has a chance'

FORMER Alaska resident import Sean Chambers said Bobby Ray Parks needs to be patient, but believes the Fil-Am guard is taking the right path in his bid to make it to the NBA.

The 50-year-old former Best Import added Parks’ decision to play in the NBA D-League first was a perfect choice if he is to realize his dream to play in the world’s biggest basketball stage.

“I’m really rooting for Bobby Ray to make it. If he’s gonna make it to the NBA, this is the direction he has to go. He has to go to the D-League,” said Chambers, who is a close friend of Parks’ late father, legendary import Bobby Parks.

Bobby Ray was recently picked by the Texas Legends – an affiliate of the Dallas Mavericks - in the second round of the D-League draft.

He played his first game for the team coached by former Laker Nick Van Exel on Saturday (Manila time) in an uneventful debut as he went scoreless in 10 minutes of play of a 106-81 rout at the hands of the Austin Spurs.

But Chambers said Parks just have to keep on playing.

“He has a chance. He definitely has a chance,” stressed the native of Los Angeles, California, who never got to play in the NBA.

Chambers arrived in the country at the start of the week to grace the 30th anniversary celebration of the Alaska franchise, where he also was named as part of the organization’s 30 Greatest Players in history.

And he said it’s the first time he came back here without the late Parks to hang around with.

“It’s kind of different for me,” he said with a tinge of sadness, recalling the friendship he had developed with the seven-time Best Import awardee despite being opponents on the court during their playing days in the PBA.

“Bobby and I are close. I would always have dinner or hang out with Bobby whenever I come back to Manila.” 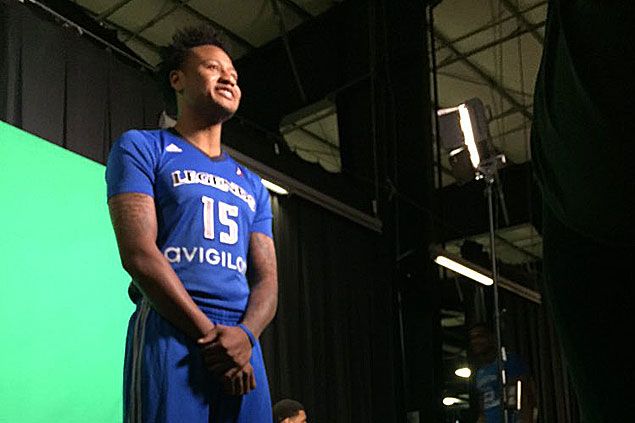 It was during one of those visits that he came to see Bobby Ray played for the first time as a 14-year-old kid, who he said already has the potential to become a great player.

“He did a phenomenal job when he played here in the UAAP,” said Chambers of the young Parks, a two-time MVP in the UAAP for National University.

If there’s one thing Ray Parks has to improve, Chambers said it’s the need to be adept at playing both the ‘1’ and ‘2’ spots.

“He has to be a combo guard at that level because he sometimes just play the ‘1’," said Chambers, who suited up for the Aces from 1989-2001 and is one of only two recipients of the 100 percent performer award after another former great import in Norman Black.

“What he has to do there is do everything, the pace and quickness of the game he has to pick it right away,” he added. “It’s a different game over there from what he did here when he was dominating the college level.”

Chambers is leaving for the US on Sunday, but said if Ray Parks needed a hand, he’s just a call away from him.

“I’m really rooting for Ray and I wish his dad is here to witness this all,” he said.