Scott Brooks out as Wizards coach after five seasons

WASHINGTON — Russell Westbrook, Bradley Beal and the Wizards will have another coach next season after general manager Tommy Sheppard decided the organization is better off moving on from coach Scott Brooks.

Washington made the playoffs three times under Brooks but has just one series victory to show for his five-year tenure. That postseason success came in his first season in 2016-17 with the Wizards.

"I wouldn't say it didn't work out — I just think it's time to move on," Sheppard said in a video news conference Wednesday (Thursday, Manila time). "It's about the future and where we can go and kind of looking at where the areas are that we struggled in the past with and what we're prepared to do to get better in those areas."

The Wizards were eliminated in five games in the first round by Eastern Conference top-seeded Philadelphia. They went 183-207 overall during the regular season with Brooks as coach and struggled defensively.

Washington allowed the most points in the NBA last season and the second-most in the previous two years. They never ranked better than 15th in the league defensively under Brooks.

"You've got to take a good hard look at the defensive end," said Sheppard, who inherited Brooks from predecessor Ernie Grunfeld when he took over as GM two years ago. "You've got to look to see efficiency-wise can we be better offensively, defensively and that's kind of what we're going to be leaning towards and looking at very hard." 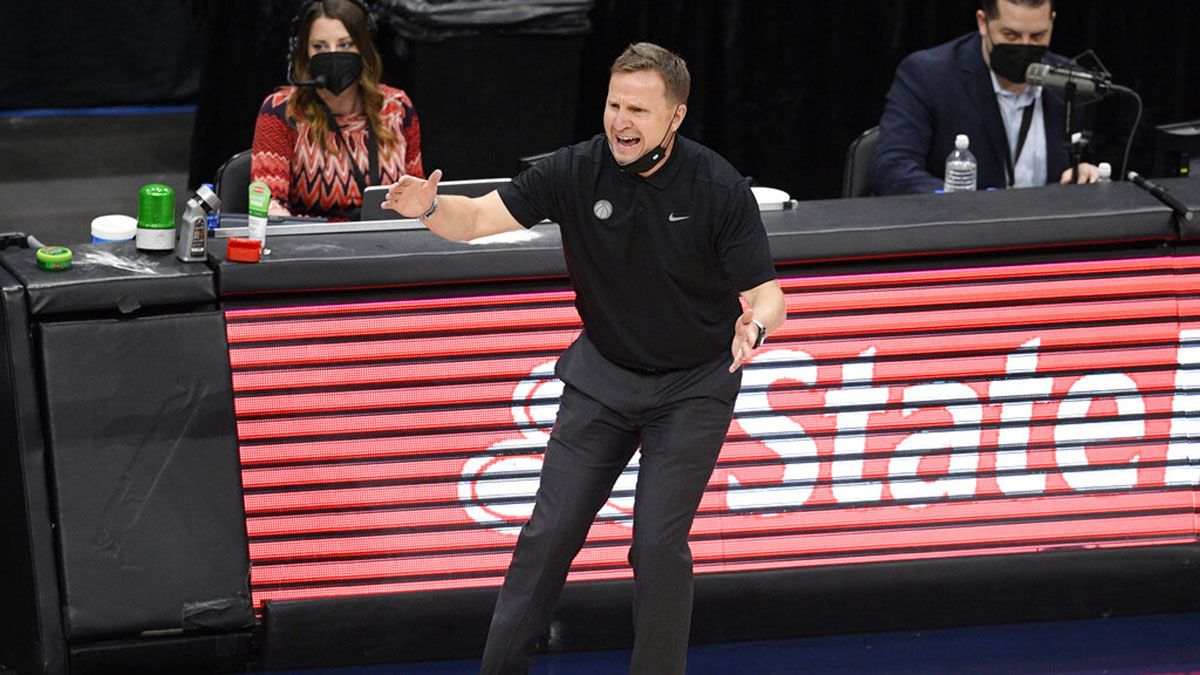 Grunfeld brought in Brooks five years ago in hopes of luring Washington area native Kevin Durant home to play for the Wizards. Since then, John Wall missed time with injuries and was traded to Houston for Russell Westbrook, and Beal emerged as Washington's top scorer, but that didn't amount to much postseason success.

Washington is now one of six teams with the coaching job open in the NBA, joining Orlando, Portland, Boston, Indiana and New Orleans. The Pelicans, like the Wizards, had their job come open Wednesday when it was revealed that Stan Van Gundy was out in New Orleans after one season.

Sheppard said he was "getting bombarded" with messages about coaches interested in joining Washington, despite the franchise not making it past the second round in more than 40 years.

"I'm not worried about people that are interested in working as the head coach of the Washington Wizards," he said. "Certainly we have our criteria and the process that we're going to go through. It's going to be a very thorough, very diverse, very robust search."

Many of the potential candidates for the now half-dozen openings will be crossovers: Chauncey Billups and David Vanterpool are on several of the lists, as are past head coaches like Terry Stotts (who left Portland) and current Brooklyn assistant Mike D'Antoni.

Lawson has a connection to the Wizards after serving as a television analyst for them.

Brooks had been the seventh longest-tenured coach in his current job. He was hired in 2016; only San Antonio's Gregg Popovich, Miami's Erik Spoelstra, Dallas' Rick Carlisle, Golden State's Steve Kerr, Utah's Quin Snyder and Denver's Michael Malone have had their current jobs longer.

Sheppard praised Brooks for "keeping this team together through some of the most difficult, dark moments probably in franchise history." He wasn't the only one supportive of Brooks' performance as a lame-duck coach.

"He did a job that I'm pretty sure people didn't think he was able to do," said Westbrook, who previously was coached by Brooks with the Oklahoma City Thunder. "He kept us together. He kept us encouraged. He kept us fighting."

Brooks said at the time he "wouldn't want to move on" from the Wizards, who are now looking for their sixth coach since 2009. It was not his call.

"The decision was mine to move forward that we were not going to renew contracts," Sheppard said. "In terms of where we are and where we need to be, it was a decision I made."