WASHINGTON — The first topic raised with Washington Wizards general manager Tommy Sheppard the day after the team's season ended was the topic that will hang over the offseason until a decision is announced: Will coach Scott Brooks be back?

"We're not doing anything about that today," Sheppard replied during a video conference with reporters on Thursday (Friday, Manila time), before praising Brooks for "keeping this team together through some of the most difficult, dark moments probably in franchise history."

Not surprisingly, Brooks said he wants to return; his five-year, $35 million contract is expiring.

It was, to be sure, a trying season for the Wizards, who started 0-5 along the way to 17-32 in early April. They dealt with a COVID-19 outbreak that put them on a two-week hiatus without games or practices plus had to find replacements after season-ending injuries to starting center Thomas Bryant and first-round draft pick Deni Avdija.

And then, with Bradley Beal and Russell Westbrook leading the way on the court, Washington turned into a winning team. It went 17-6 down the stretch to finish with the eighth-best record in the Eastern Conference (34-38) and a play-in berth, then qualified for the playoffs, where they were eliminated in five games by the No. 1 seed Philadelphia 76ers.

"We got to the playoffs. That was a great experience. But now that's no longer acceptable," Sheppard said. "We have to be much better next season, and we will."

During his tenure, Washington is 183-207 in the regular season, a .469 winning percentage, and won one playoff series. But he was praised by Sheppard and his players alike for steering the team through this season. "He did a job that I'm pretty sure people didn't think he was able to do," said Westbrook, who previously was coached by Brooks with the Oklahoma City Thunder. "He kept us together. He kept us encouraged. He kept us fighting." 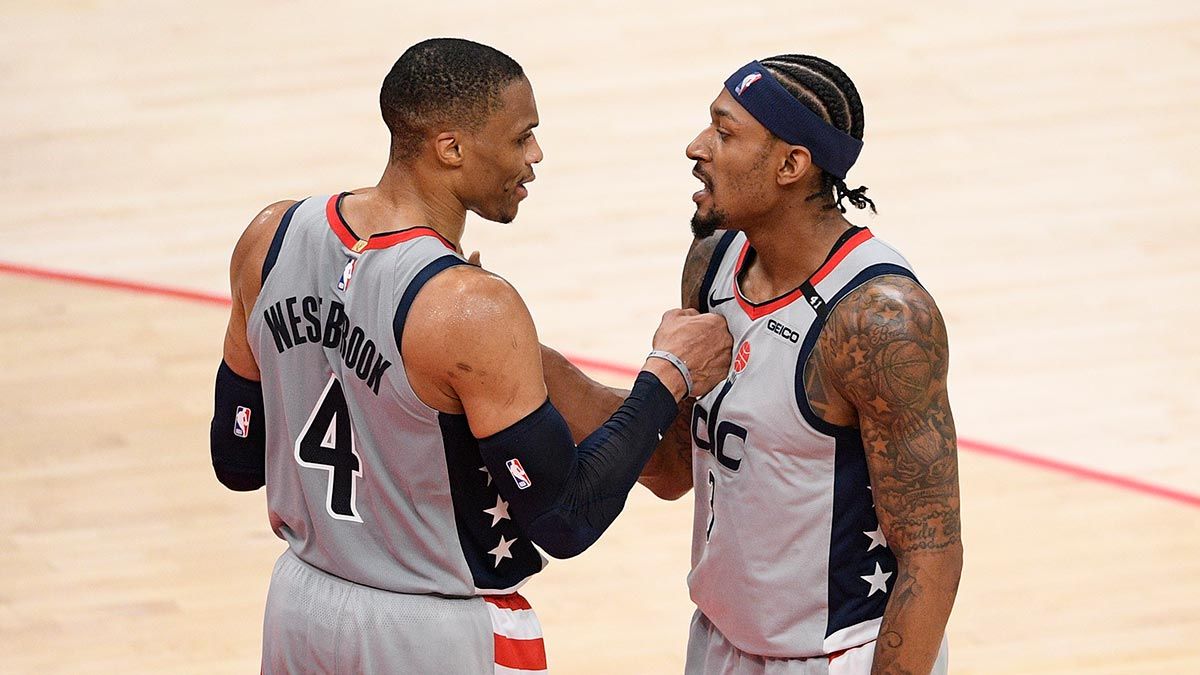 Beal is only the sixth player since the ABA-NBA merger to average at least 30 points in two consecutive seasons; he was the runner-up in the league scoring race each of the past two years. "Eventually," he said, "I want to be an MVP-caliber player." The All-Star shooting guard has one year left on his deal and frequently is asked whether he believes the Wizards are in position to have real postseason success. "We've built this team around Bradley," Sheppard said.

There were plenty of questions about how Westbrook — who arrived in a trade that sent franchise cornerstone John Wall to Houston — would fit in with Beal and the Wizards. Brooks didn't have any concerns. And Beal enjoyed their partnership. "It's so crazy to hear all the rumors of how difficult he would be to play with," Beal said. Westbrook not only led the league in assists, averaged a triple-double and broke Oscar Robertson's NBA record for most triple-doubles in a career, he gets credit from Brooks and Sheppard for helping the team's younger players. "Having Russ here was unbelievable," Beal said. "I've done nothing but cherish his presence from the moment he got here."

Westbrook spoke after the season-ending Game 5 loss at the 76ers on Wednesday night about noticing all of the young faces on the team flight to Philadelphia and asking some of his teammates how old they are. Players such as Rui Hachimura, 23, or Daniel Gafford, 22, or Avdija, 20. "We're not experienced right now," Brooks said, "but we gained a lot of experience."

As for his own future, Sheppard said, "That's up to" owner Ted Leonsis, but noted he is under contract and "it's never been an issue." Heading into the offseason, Sheppard acknowledged the need for more depth and an athletic wing player as he does what he can to improve things. "I'm not afraid," Sheppard said, "to take big swings."
___