TURNS out, March has more madness than just college basketball.

The NBA is getting a taste as well.

Kyrie Irving's 60-point barrage at Orlando on Tuesday night (Wednesday, Manila time) was the seventh 50-point effort in the league so far this month — with half of March remaining. His career-best performance came one night after Minnesota's Karl-Anthony Towns also scored a career-high 60, a number nobody in the league had reached this season until this week.

Even Kevin Durant — one of the most elite scorers ever, someone who had 53 in Brooklyn's win over New York on Sunday — is marveling at what's happening right now.

"Sixty, the night after Karl Towns had an incredible performance and then to have Kyrie do it the next night, the league is an amazing place right now," Durant said. "You're seeing a lot of talent and skill being displayed, on display, every night. And this was one of the elite ones."

All of March has been a showcase for the elite ones.

March's seven 50-point games have come in a span of 11 days. LeBron James started it on March 5 by scoring 56 for the Los Angeles Lakers against Golden State. Jayson Tatum had 54 points for Boston one day later against Brooklyn.

With that, the madness was off and running. Irving had 50 on March 8 at Charlotte. James had 50 again on Friday against Washington. Durant had his 53 on Sunday, Towns answered that with 60 on Monday and Irving then had a 60-point night of his own.

"As you see across the league, guys are just putting up crazy numbers," Irving said. 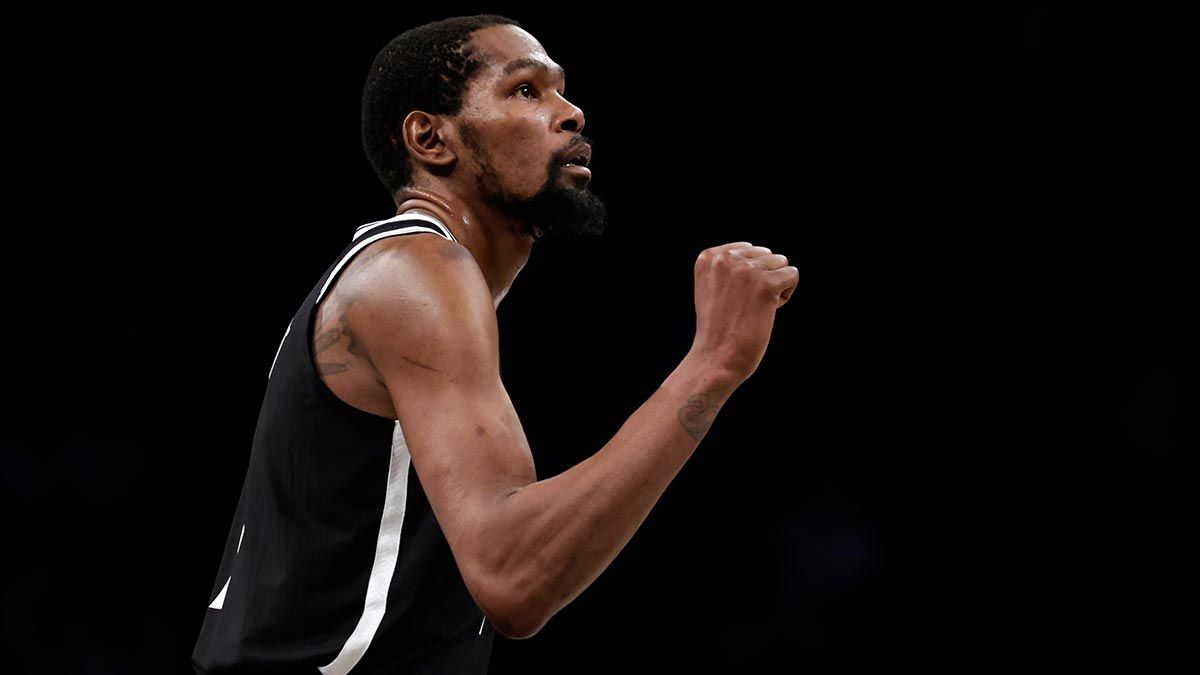 Kevin Durant had a 53 points for Brooklyn against New York.

It matches the highest number of 50-point games in the same calendar month in the NBA in the last 60 years. August 2020 also had seven 50-point efforts, four of those being playoff games at the restart bubble inside Walt Disney World. There were also seven such games in March 2019.

The last month with more 50-point games in the NBA was nearly six decades ago — all the way back to December 1962. There were nine of them that month, six by Wilt Chamberlain of the San Francisco Warriors, the other three by Elgin Baylor of the Lakers.

They've been considerably more sporadic since. That is, until this week.

"I feel like any time I touch the ball, I'm unstoppable," Towns said after his big night.

These days, he's not the only one who seems to be that way.

"When you're a kid, scoring a bunch of points, it means something," Irving said. "But when you're in the best league in the world, doing it against the greatest athletes that are playing our game, it means a little bit more."