The Knicks have pinned a great deal of hope in Barrett, the No. 2 overall draft pick out of Duke, after failing to sign any marquee free agents in the offseason. Barrett had a solid debut, scoring 21 points on 9-for-13 shooting with five rebounds and two assists in 37 minutes.

The Spurs are counting on Dejounte Murray, who played in his first game since tearing his right ACL in a preseason game Oct. 7. Murray had 18 points, including a 3-pointer with five minutes remaining that put San Antonio up 105-97. The 6-foot-5 point guard had six assists and eight rebounds.

The Spurs opened on a 14-4 run but missed their next five shots as well as two free throws. The lull gave the Knicks' revamped lineup a needed boost of confidence, and it responded by closing the first half on an 11-8 run.

Morris, who signed with the Knicks after backing out of a verbal agreement with the Spurs on a two-year deal, was heavily booed throughout the game. Morris responded to the initial boos by backing down and then hitting a turnaround jumper on DeMar DeRozan for the game's opening points. 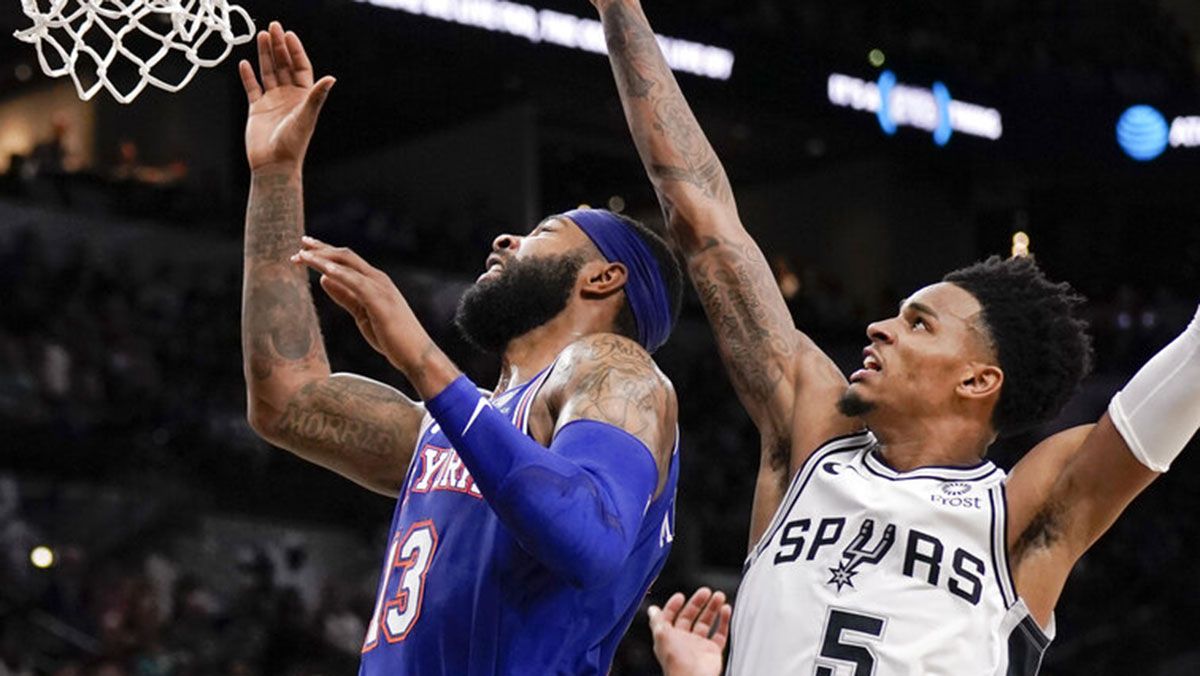 Trey Lyles, who the Spurs signed after Morris reneged, started at center and had eight points and 11 rebounds.

Spurs: Gregg Popovich opened his 24th season as San Antonio's coach, setting the record for most seasons coaching one franchise. Popovich was previously tied with Utah's Jerry Sloan. ... Popovich acknowledged the Spurs fully guaranteed the final year of Aldridge's contract. Aldridge was guaranteed $7 million for 2021 before the Spurs picked up their option Wednesday to fully guarantee his $24 million contract. ... Popovich, Larry Brown, Hubie Brown and Bill Bertka are the only coaches to serve as an NBA head coach in their 70s in league history. Popovich turned 70 on Jan. 28.

Spurs: At Brooklyn on Friday night.