De'Aaron Fox scored 11 of his 22 points in the fourth quarter for the Kings. They have won six of their last eight after starting 0-4.

Keegan Murray had 21 points, hitting five 3-pointers. Kevin Huerter made four 3s and scored 17 points and Malik Monk added 12 points off the bench for the Kings.

Stephen Curry scored 27 points for the Warriors. He had 47 points on Monday in a 116-113 win against Sacramento. 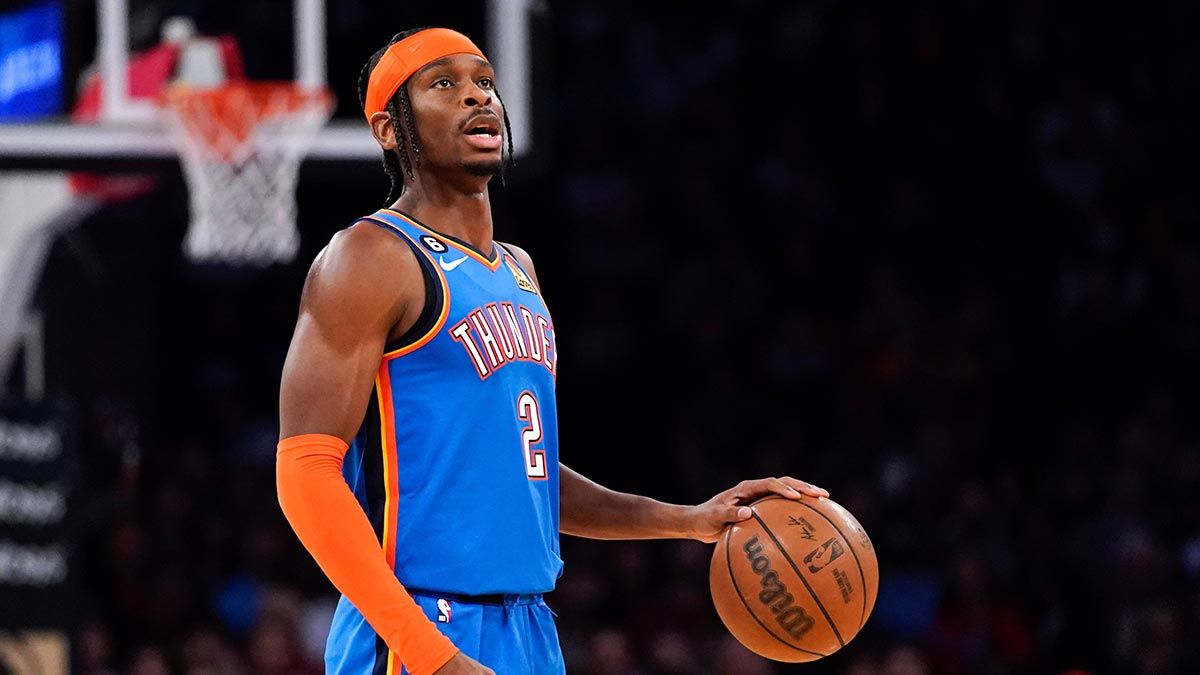 Shai Gilgeous-Alexander and the Thunder improve to 6-7.

SHAI Gilgeous-Alexander scored 37 points, Josh Giddey had a triple-double and the Oklahoma City Thunder shot a season-high 62.5 percent from the field in a 145-135 victory over the Knicks in New York.

Giddey had 24 points, 12 assists and 10 rebounds for the Thunder, who picked up their fifth straight victory at Madison Square Garden. Giddey joined Wilt Chamberlain (1968) as the only other player in NBA history to record triple-doubles during their first two games at MSG.

Six Knicks scored in double figures, led by Cam Reddish, who had a season-high 26 points. Julius Randle had 25 and Immanuel Quickley chipped in 24.

RJ Barrett, the Knicks' second-leading scorer, got into foul trouble and was held to a season-low four points on 2-of-10 shooting in 19 minutes. He did not play in the final 21-plus minutes.

MICHAEL Porter Jr. scored a season-high 31 points and Nikola Jokic had 14 assists as the Denver Nuggets cruised past the Bulls, 126-103, in Chicago.

Porter made 11 of 16 shots, including six from 3-point range, as the Nuggets won for the fifth time in their last six games.

Zach LaVine scored 21 points to lead the Bulls, who have lost four of five.

Jamal Murray scored 23 points for Denver. Jokic tied his season high in assists despite playing only 27 minutes and sitting the entire fourth quarter.

KRISTAPS Porzingis scored 25 points and Deni Avdija added 21 to lead the Wizards to their fourth straight victory, 102-92, over the Memphis Grizzlies in Washington.

The Wizards swept a weekend back-to-back against Utah and Memphis, two of the Western Conference's top teams in the early going this season. Washington did that without Bradley Beal, who is still getting back into playing shape after going through health and safety protocols.

Memphis was missing key players as well, with Ja Morant out because of left ankle soreness and Desmond Bane unavailable because of right toe soreness.