The Knicks bullied them on the backboards and pummeled them in the paint, making an impressive first impression on their new team president.

"Everybody was locked in," Barrett said.

The Rockets, playing without a traditional center, couldn't overcome the Knicks' whopping 65-34 rebounding advantage, or New York's 64-36 edge in points in the paint.

Julius Randle added 16 points and 16 rebounds for the Knicks, who held on after building a 21-point lead in front of Leon Rose, the longtime player agent who was hired Monday as team president.

"We played to our strengths and advantages, which is obviously the paint," Randle said.

"We know they play small, so we should get a lot of second-chance opportunities on offensive boards if we miss shots." 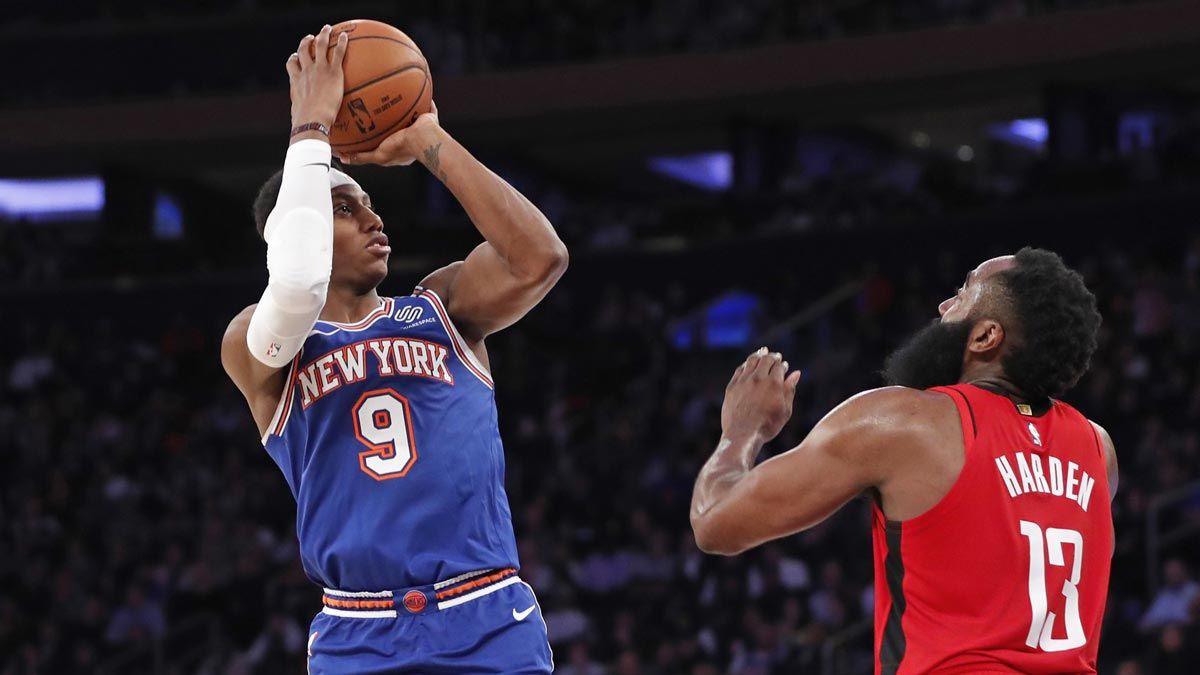 The Knicks ended a nine-game home losing streak against the Rockets with their first victory over them since Jan. 26, 2009 — when Houston coach Mike D'Antoni was on the other sideline.

"Can't take games like this lightly," Russell Westbrook said. "It's the NBA. Everybody goes out and competes. You've got to be ready to play."

James Harden had 35 points and eight assists for the Rockets. Westbrook had 24 points and nine rebounds but missed a pull-up jumper on Houston's final attempt.

"We weren't consistent with our defensive principles throughout the course of the game and we paid for it," Harden said. "Simple."

Perhaps struggling to summon energy after needing overtime in Boston on Saturday, the Rockets gave up 73 points in the first half with some indifferent defense. On the other end, Harden missed his first eight tries from beyond the arc to help New York build its big lead.

He made his last two of the third quarter and then the Rockets got all the way within one in the final minute of the fourth. But Barrett made a driving layup with 7.6 seconds remaining, and after Westbrook hit two free throws, Randle knocked down one for a two-point lead. Westbrook then got a good look from just beyond the foul line that bounced out. 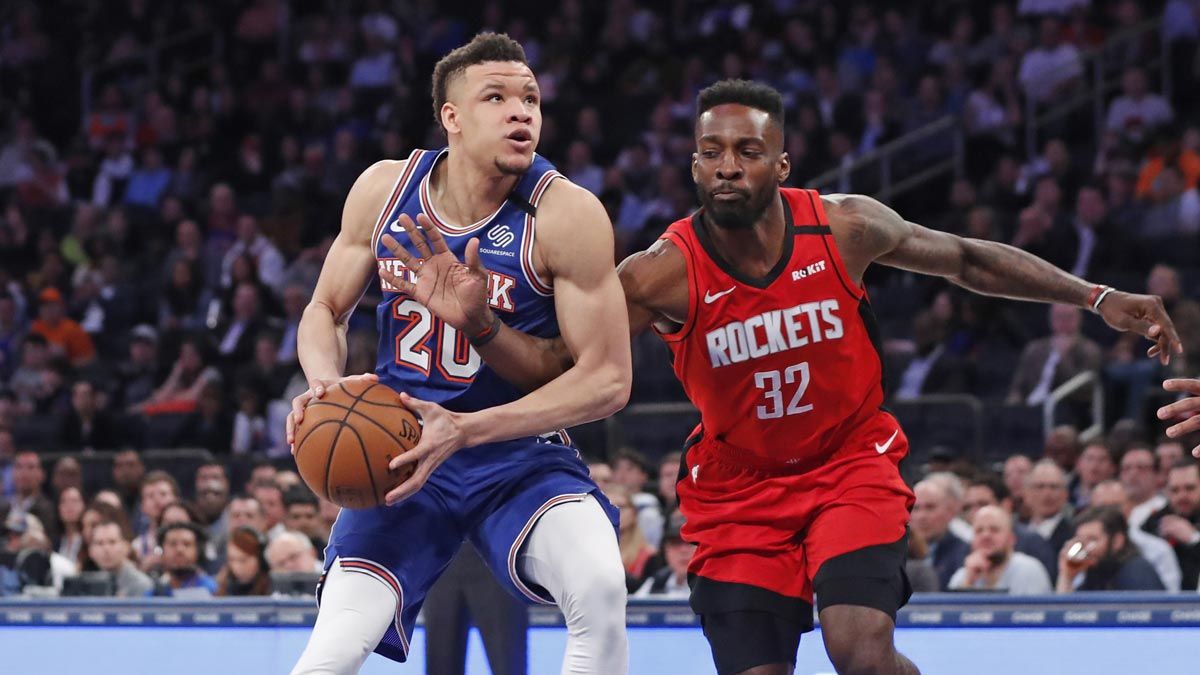 Knicks: New York remained without guards Reggie Bullock (illness) and Dennis Smith Jr. (concussion). ... The Knicks played a tribute video in the first quarter to recognize MSG Network play-by-by announcer Mike Breen on his selection for the Naismith Memorial Basketball Hall of Fame. Breen, who has also called the last 14 NBA Finals on ABC, was announced during the All-Star break as winner of the Curt Gowdy Media Award.

Rose met with the players and staff Monday at their game-day shootaround at the training facility. Interim coach Mike Miller said the conversations were mostly introductory, without providing details of any future plans. Miller added that he was focused on the present and didn't need any assurances about his own future with the organization.

D'Antoni was chosen Western Conference coach of the month for February after leading the Rockets to a 9-2 record. Asked why he was such a good coach in February, he joked: "Because it's 29 days."

"Most coaches want to be coach of the month in June," he added, "but I'll take February."

A video circulated online during the game showing Spike Lee getting frustrated and yelling at Madison Square Garden security outside an elevator, leading to confusion that he may have been thrown out of the building. But a Knicks spokesman said that was untrue and it was simply an issue of Lee using the wrong entrance. The director and demonstrative Knicks fan spoke with MSG executive chairman James Dolan to resolve the issue at halftime and was in his courtside seat throughout the fourth quarter.