DETROIT — Cade Cunningham scored 18 of his career-high 29 points in the third quarter to help the Detroit Pistons erase a 22-point deficit and beat the Utah Jazz, 126-116, on Monday night (Tuesday, Manila time).

Saddiq Bey added 29 points for Detroit, which is 4-2 in 2022 after finishing 2021 with 18 losses in 19 games. Lead assistant coach Rex Kalamian took charge with coach Dwane Casey having entered COVID-19 protocol.

Donovan Mitchell scored 31 points for Utah, and Hassan Whiteside had a season-high 21 points as well as 14 rebounds.

Utah trailed 90-84 in the first minute of the fourth quarter, but scored the next nine points to take a 3-point lead with 9:53 to play. Trey Lyles and Cory Joseph hit back-to-back 3-pointers to put Detroit up 102-96, and although Utah scored on its next two possessions, Cunningham answered with a 3-pointer, a layup and a free throw.

That put Detroit up 108-100, and the Jazz never got back within one possession.

The Jazz led 54-32 midway through the second quarter, thanks to 18 points from Whiteside. The Pistons answered with a 16-6 run. It was 61-48 at the half. Cunningham continued the Detroit rally in the third, putting up 18 points and three assists as the Pistons took the lead. 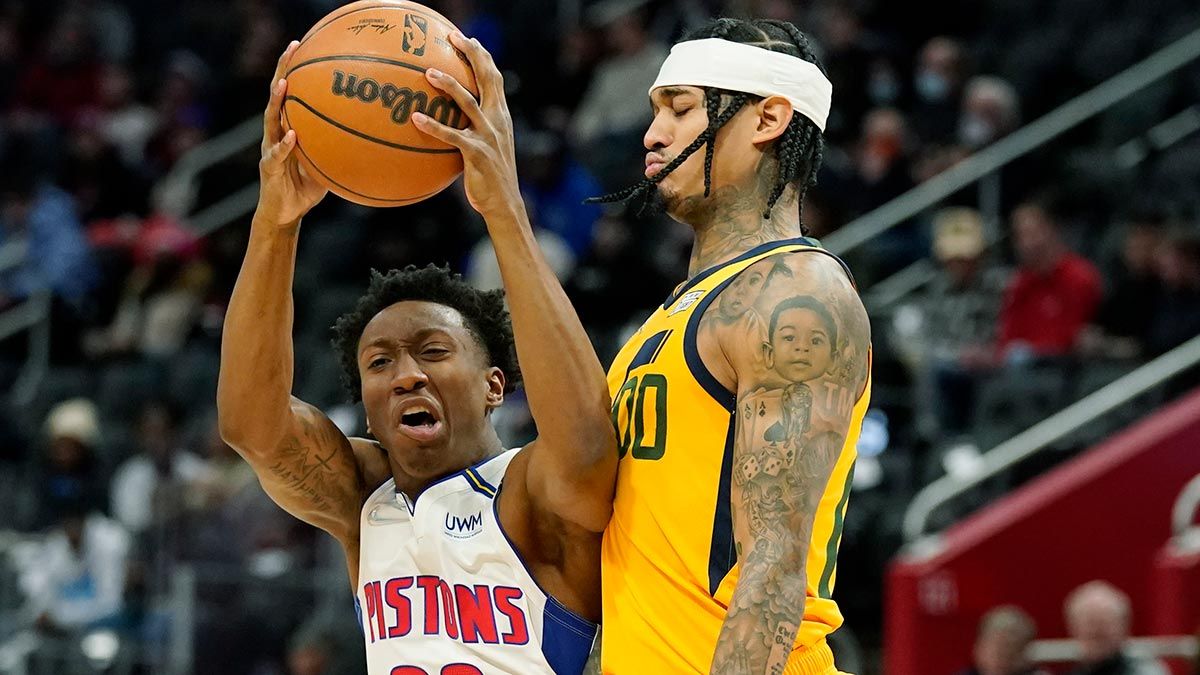 Detroit's Saben Lee tries to get past Utah's Jordan Clarkson.

Jazz: Utah finished their five-game road trip with a 2-3 record despite starting with wins in New Orleans and Denver. They have lost to Toronto, Indiana and Chicago.

Pistons: Detroit hadn't beaten Utah since Jan. 25, 2016, when Reggie Jackson had 29 points and Ersan Ilyasova added 16. None of the Pistons who played in that game are still on the roster.

Pistons: At Chicago on Tuesday.