LAKE BUENA VISTA, Florida — James Harden couldn't get his shot to fall all night, so the scorer turned stopper.

In this wild Game 7 that took one strange turn after another in the final seconds, the biggest play of the game came when a guy known almost entirely for his offense turned up the defense.

Harden made up for a miserable shooting night with a big blocked shot, Russell Westbrook scored 20 points against his former team and the Houston Rockets edged the Oklahoma City Thunder 104-102 on Wednesday night (Thursday, Manila time) in Game 7 of the first-round series.

“It was one of those nights offensively so I just wanted to change the game defensively and I think I did that,” Harden said.

The Rockets pulled out a tense final game of the first round that lasted long past the final basket as replays and fouls were sorted out.

“I've been around a long time and just at the end it was a little crazy,” Houston coach Mike D'Antoni said. 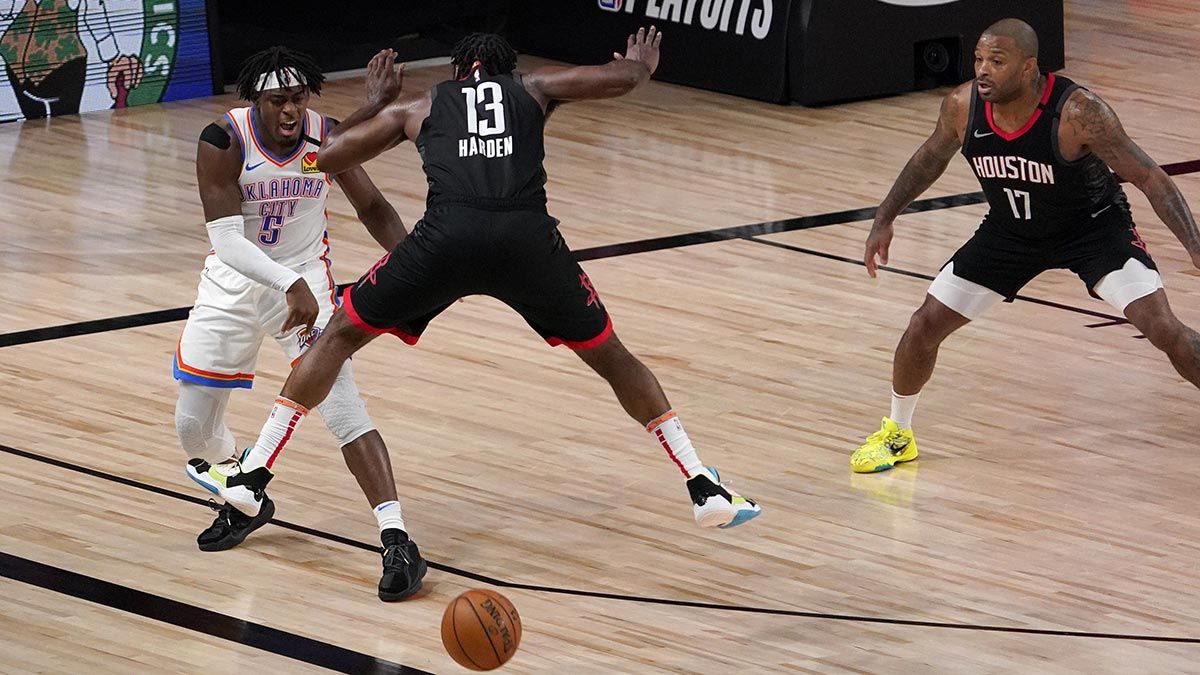 In the end, Houston prevailed to set up a second-round matchup with the Los Angeles Lakers that begins Friday despite Harden, the NBA's leading scorer, going 4 for 15 from the field.

The frantic final seconds of a game that was tight throughout had Houston take the lead for good at 103-102 when P.J. Tucker scored with 1:25 remaining. After changes of possession, the Thunder got the ball to Lu Dort, who attempted a 3-pointer that Harden blocked with 4.8 seconds left.

Westbrook helped defend that, perhaps remembering some of his old coach's plays.

“I kind of know a little bit,” Westbrook said. 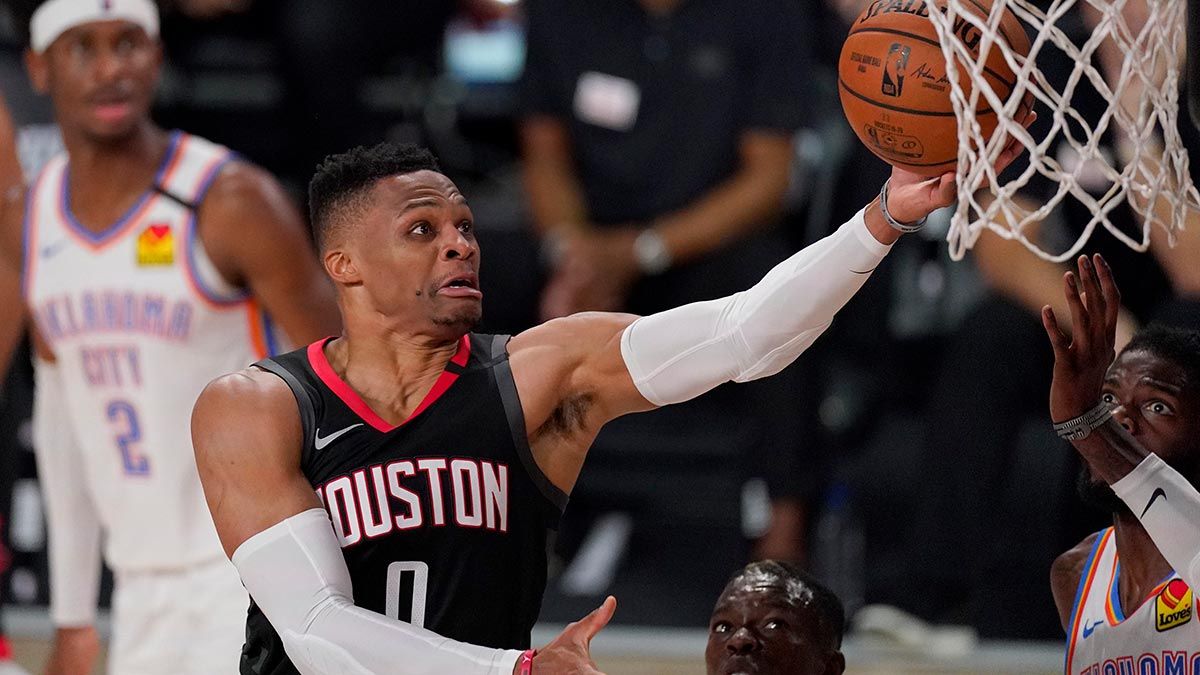 Covington had 21 points and 10 rebounds, and Eric Gordon also scored 21 points for the Rockets. Harden finished with 17 points and nine assists.

Dort scored a career-best 30 points for the Thunder, Chris Paul, swapped for Westbrook over the summer, had 19 points, 12 assists and 11 rebounds.

“It’s a tough one. It’s tough," Paul said. "We fought hard all year. Honestly, a lot of people doubted us, but we didn’t doubt ourselves. We didn’t give a damn about anybody’s predictions going into any series.”

It was a wild conclusion to a strange series in which the Rockets won Games 1 and 2 handily and Game 5 by 34, the biggest margin in franchise postseason history, but hadn’t come through in the close ones. Oklahoma City took Game 3 in overtime by outscoring Houston 15-3, the largest overtime point differential in NBA history, and pulled out Game 4 by three points and Game 6 by four.

The Rockets had no chance of winning this one in a rout thanks largely to Harden's struggles. He missed 10 of his 12 shots through three quarters but they were ahead 85-80 behind a strong performance from Westbrook, who missed the first four games of the series with a strained right quadriceps.

Covington then hit a couple key 3-pointers in the fourth and Harden made two of his three shots in the period, including a basket that snapped a 99-all tie.

The Thunder closed the first quarter with a 10-2 spurt to take a 30-29 lead. Then it was Dort with a 12-point second quarter, hitting three 3-pointers to continue a remarkable turnaround from Game 5, when his 3-for-16 night included going 0 for 9 behind the arc. He bounced back with 13 points in Game 6.

“It was one of the most impressive things I’ve seen out of a player that young,” Thunder coach Billy Donovan said.

One of his 3s gave the Thunder a six-point lead, but Houston closed strong to lead 61-59 at the break.

Houston got the final five points of the third on a basket by Westbrook and a 3-pointer by Jeff Green, another former Oklahoma City player.

Thunder: Dort, an undrafted rookie originally signed to a two-way contract who played 13 games this eason in the NBA G League, scored the most points by a Thunder rookie in a playoff game. ... The Thunder were called for delay of game twice in the first half. The second, an automatic technical foul, came when Paul remained in the lane tying his shoe in an apparent attempt to give Donovan a chance to challenge a foul call that had been called on the point guard.

Nobody knows yet when and where the NBA will return after this season and D’Antoni has other questions about the future, with the contract expiring after this one. But he said he wasn’t thinking about any of that leading into Game 7.