"It's not bad as people think it is," Wood said. "We're getting better each game. We're all learning. I'm still learning. We're taking our time. Guys are trying to find their rhythm. We're trying to play together."

The Jazz lost their third straight home game and are 1-6 in their last seven overall despite outscoring Houston 62-36 in the paint. Utah went just 10 of 39 from 3-point range.

"We weren't as locked in or focused on our execution defensively in every capacity," coach Quin Snyder said. "When you don't shoot well, that's going to be the difference."

Utah trailed the entire fourth quarter but pulled to 111-109 on a pair of free throws from Bogdanovic with 42.4 seconds left. Porter answered with a 3 on the other end to seal a comeback win for Houston.

The Jazz missed three shots in the final minute, starting with a potential go-ahead 3 by Royce O'Neale with 58.3 seconds remaining.

"We have done a pretty good job in close games as far as our execution down the stretch," Rockets coach Stephen Silas said. "We try to keep it simple. The poise of those guys was impressive."

Houston went 7 of 12 from 3-point range during the first quarter to carve out a 36-27 lead. Mathews hit consecutive 3s and drained three free throws to bookend a 13-7 run that put the Rockets up nine.

Clarkson scored three baskets and made a pair of free throws to spark an 18-5 run that gave Utah a 55-51 lead late in the second. The Jazz grabbed the lead on back-to-back baskets from Bogdanovic and O'Neale.

Utah totaled 35 points in the second quarter while shooting 14 of 22 from the field.

The Jazz led by 13 in the third before Houston erased the deficit with a 18-1 spurt. Armoni Brooks punctuated the run with three 3-pointers over four possessions, giving the Rockets an 80-76 lead.

"We were playing great defense in the third and then, I don't know, it's almost like something shifted and we had a lot of breakdowns," Gobert said. "We gave some of the shooters wide-open 3s a few times in a row." 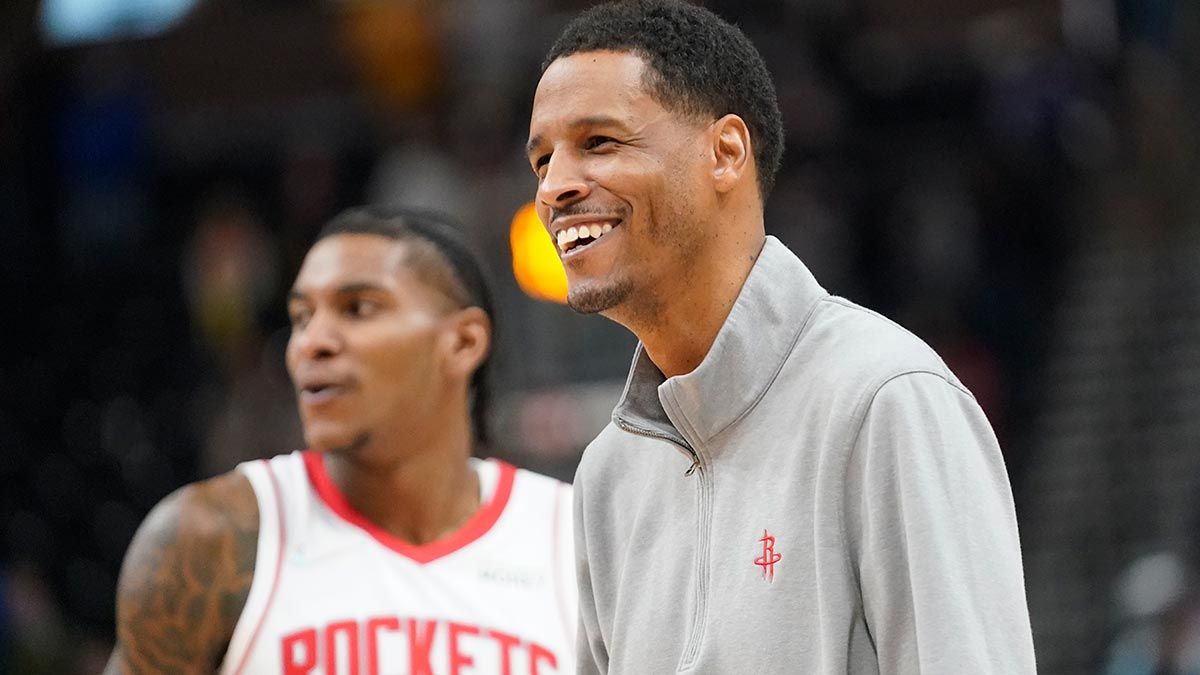 Stephen Silas and the Rockets deal the Jazz their third straight home loss.

Rockets: Porter had six assists in the first quarter — one more than Utah totaled as a team during the same stretch. … Wood beat the third-quarter buzzer with a go-ahead 40-foot 3-pointer.

Jazz: Donovan Mitchell (concussion) and Rudy Gay (right heel soreness) did not play. … Udoka Azubuike had a career-high two blocks in the first half. Azubuike entered with six blocks over 21 games in his NBA career. … O'Neale grabbed seven of his team-high 15 rebounds in the third quarter.

Mathews checked in for his usual third-quarter rotation with 6:48 left in the period. He never came back out. The second-year guard stayed on the court over the final 19 minutes – including the entire fourth quarter. He responded with a team-high 10 points in the fourth.

"I was waiting on a time where he looked like he was running out of gas, but he didn't show that time, so I kept him in the game," Silas said.

Houston finished with a season-low nine turnovers and had 24 assists. The Rockets ranked last in the NBA in turnovers entering Wednesday, averaging 17.2 per game.

Rockets: At the Golden State Warriors on Friday.