ONCE a rival in high school, Carl Tamayo is now wholeheartedly batting for the success of Kai Sotto as the latter makes the leap to the NBA.

[See Where does Kai stand in NBA draft rankings?]

Wasn't it just a few years back when the two were on opposing ends in the UAAP juniors division with Tamayo holding the fort for National University-Nazareth School and Sotto being the bastion for Ateneo High School? 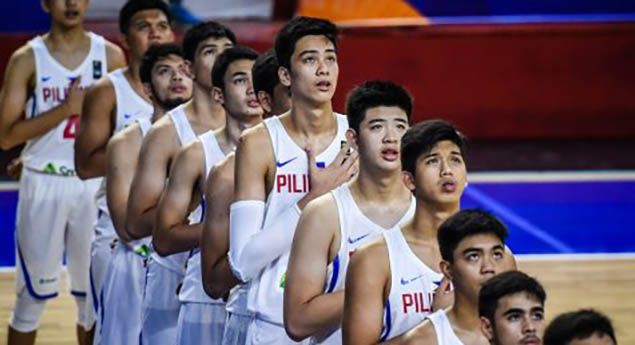 Consistently pitted head-to-head, they figured in two championship matches, with each winning one for their alma mater.

Since then, the two have gotten close thanks to their national youth team forays, leading the Philippines to as far as the 2019 FIBA Under-19 Basketball World Cup in Heraklion, Greece.

That partnership continued up to the seniors division as the two played for Gilas Pilipinas under coach Tab Baldwin last year in the Fiba Asia Cup qualifiers in Clark and in the Fiba Olympic Qualifying Tournament in Belgrade.

Although they've gone separate ways now, with Tamayo playing his rookie season with University of the Philippines and Sotto taking his act to the Adelaide 36ers in the National Basketball League (NBL) in Australia, the former said that he has always rooted for his rival-turned-friend.

And it couldn't be any more truer now with Sotto attempting to become the first homegrown Pinoy to be drafted in the NBA.

He's also hopeful that the rest of the nation will follow suit in backing Kai in this once-in-a-lifetime endeavor.