INDIANAPOLIS — When Kevin Pritchard hired a new coach in October, he took a calculated risk. This time, the Indiana Pacers president of basketball operations went for the known commodity.

"Rick is a proven winner with a championship and will be a Hall of Fame coach," Pritchard said in a statement. "He has demonstrated throughout his career an ability to build something with sustainable success. He has great respect for our franchise and our fans from his previous times here. We are very happy to welcome him back to Indiana." 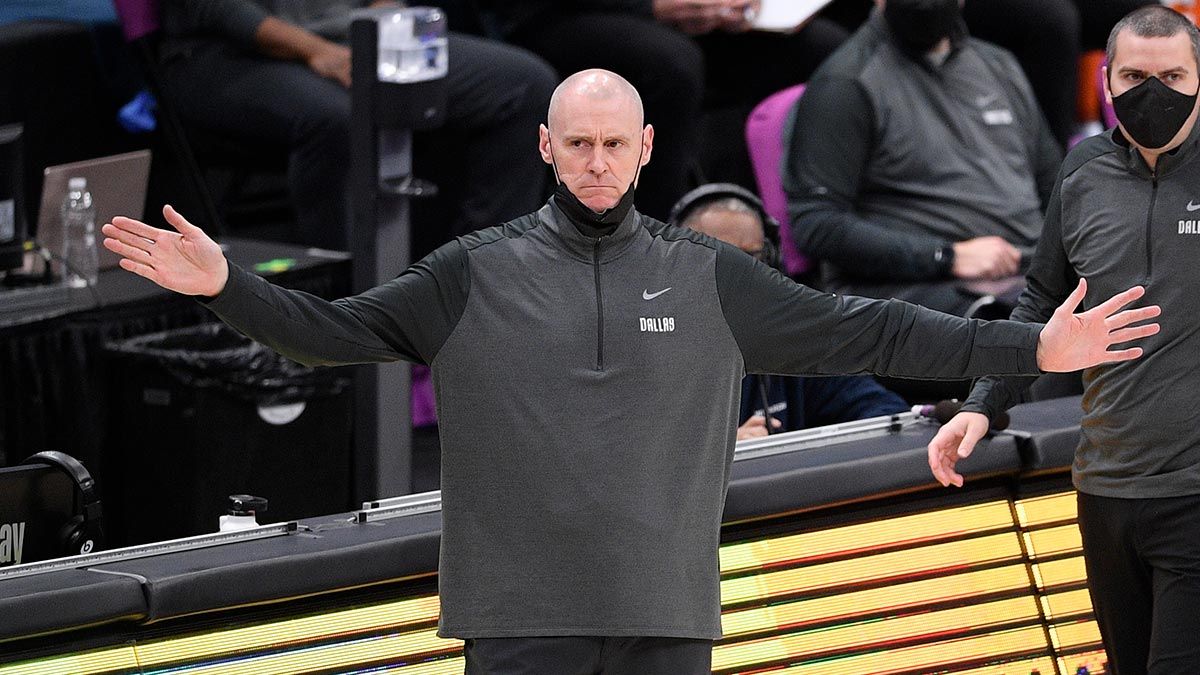 Clearly, the Pacers believe Carlisle can bring stability to a veteran team that battled a severe rash of injuries last season. The result was a losing record and their first playoff absence in six years.

Carlisle will get a chance to make a quick fix with the same organization he led from 2003-07 and took to the Eastern Conference finals in his first season with the team.

This time, he becomes the third Pacers coach in less than 12 months.

The Pacers know exactly what they're getting in Carlisle — a disciplined, details-oriented, old-school coach who spent three seasons as Larry Bird's assistant during the most successful era in franchise history. Those traits could help the Pacers defense, which allowed 115.3 points per game and was ranked 25th last season.

The bigger question might be whether Carlisle is the right fit.

After an embarrassing season-ending loss to Washington in the play-in round, Pritchard acknowledged Pacers players described Bjorkgren as a micromanager in end-of-season interviews. The problems even spilled into public view during an in-game shouting match between backup center Goga Bitadze and assistant coach Greg Foster amid reports of locker-room drama.

Carlisle had similar issues in his 13th and final season in Dallas.

Two-time All-Star Luka Doncic occasionally showed his anger by making animated gestures toward the coach during games and there were reports of "simmering tension" between the two before Carlisle resigned last week. Team owner Mark Cuban said Carlisle made the decision to leave, one day after general manager Donnie Nelson also left.

With all five starters under contract, Pritchard believes the Pacers can contend quickly — with a healthy roster, a stronger defense and better coaching. He also wants to see more leadership from the players.

"We've got a decent team and we're trying to go to good, and those players will give us some feedback," Pritchard said two weeks ago. "You've got to push players. You've got to get them to be their best. That's what great coaches do. Individually, I really like the locker room. During exit meetings, I was probably as hard as I've ever been on a group that someone has to be a vocal leader. Right now, I'm not sure who that is."

Carlisle is 836-689 overall with the Pacers, Pistons and Mavs. He went 555-478 and led Dallas to its only NBA championship in 2010-11 with superstar Dirk Nowitzki, becoming the winningest coach in franchise history. But after making the title run, Carlisle didn't win another playoff series.

The Mavericks lost in the first round six times, including this year and last year to the Los Angeles Clippers in the first two postseason appearances for Doncic.

Cuban had said he expected Carlisle to return next season. But after the departure of Nelson, who once called Carlisle "our Jerry Sloan," Carlisle opted for a fresh start and landed in a familiar place.

"My sincere thanks to (Pacers owner) Herb Simon, Kevin Pritchard and the entire Pacers organization for the opportunity to come back to basketball's heartland," Carlisle said. "My wife, Donna, daughter, Abby, and I are truly grateful."

Carlisle spent three seasons as Bird's assistant before taking the Detroit Pistons job in 2001. He was the 2001-02 NBA coach of the year. Two years later, Indiana hired Carlisle, who went 181-147 in four seasons.

He also played five seasons in the NBA, winning a championship in 1985-86 as Bird's teammate with the Boston Celtics. Following the end of his career in 1989, Carlisle spent the next decade bouncing around as an assistant before getting his big break in Detroit.