FILIPINO NBA fans have been quite spoiled over the years with a number of players and legends frequently visiting the country in the offseason.

But nine years ago, easily the most star-studded group of superstars flew to Manila for a pair of exhibition games.

And it only had to take a lockout to pull it off.

Initiated by Smart Communications and MVP Sports Foundation with the help of Cincinnati-based firm East West Private, nine players made the trip to play exhibition games, first against a collection of PBA stars, and then against the Smart Gilas national team.

It was an absolute treat for basketball fans as it also doubled as a tip-off to the renamed-Smart Araneta Coliseum.

Kobe Bryant, a frequent Manila visitor, headlined the list as the Los Angeles Lakers star served as the playing-coach for the Smart All-Star team. The players could not use the NBA or any of their mother ballclubs teams with it being unsactioned by the league, with it being on a lockout in 2011.

And then, the stars just kept coming.

Lakers guard Derek Fisher, Sacramento Kings' Tyreke Evans, and a young James Harden, then still playing for the Oklahoma City Thunder were up next, followed by Derrick Williams, who was just taken second overall by the Minnesota Timberwolves in the 2011 NBA Draft. 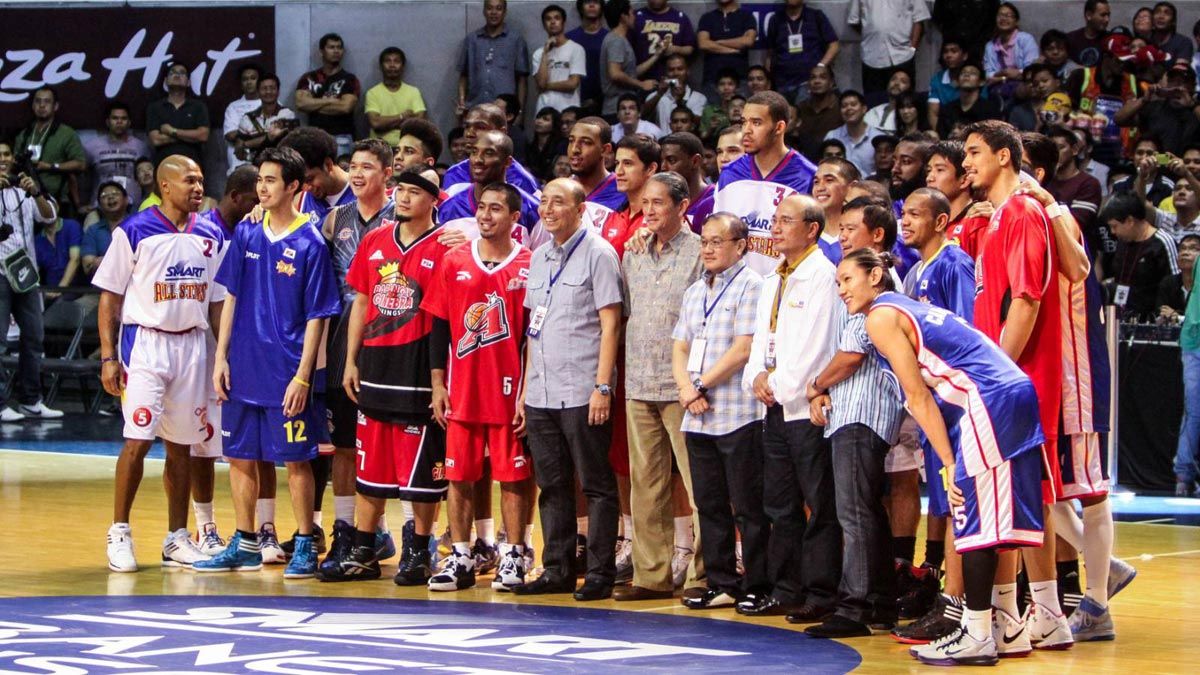 Orlando Magic's Dwight Howard as well as Los Angeles Clippers stars Blake Griffin and DeAndre Jordan were also part of the list, but all pulled out for different reasons.

Their replacements, though, were not too shabby.

And the last to agree was Oklahoma City Thunder star Kevin Durant, who that time was the league's scoring champion for the second straight year.

It was an astonishing collection of talent, a stark contrast to those past exhibition games which featured old stars.

The fans, unsurprisingly, came in droves as the Big Dome was packed to the rafters for the two-day event.

Heck, even former president Joseph Estrada (to the chorus of "Erap!) and boxing champion Manny Pacquiao (to the chants of 'Manny!' of course) came to watch. 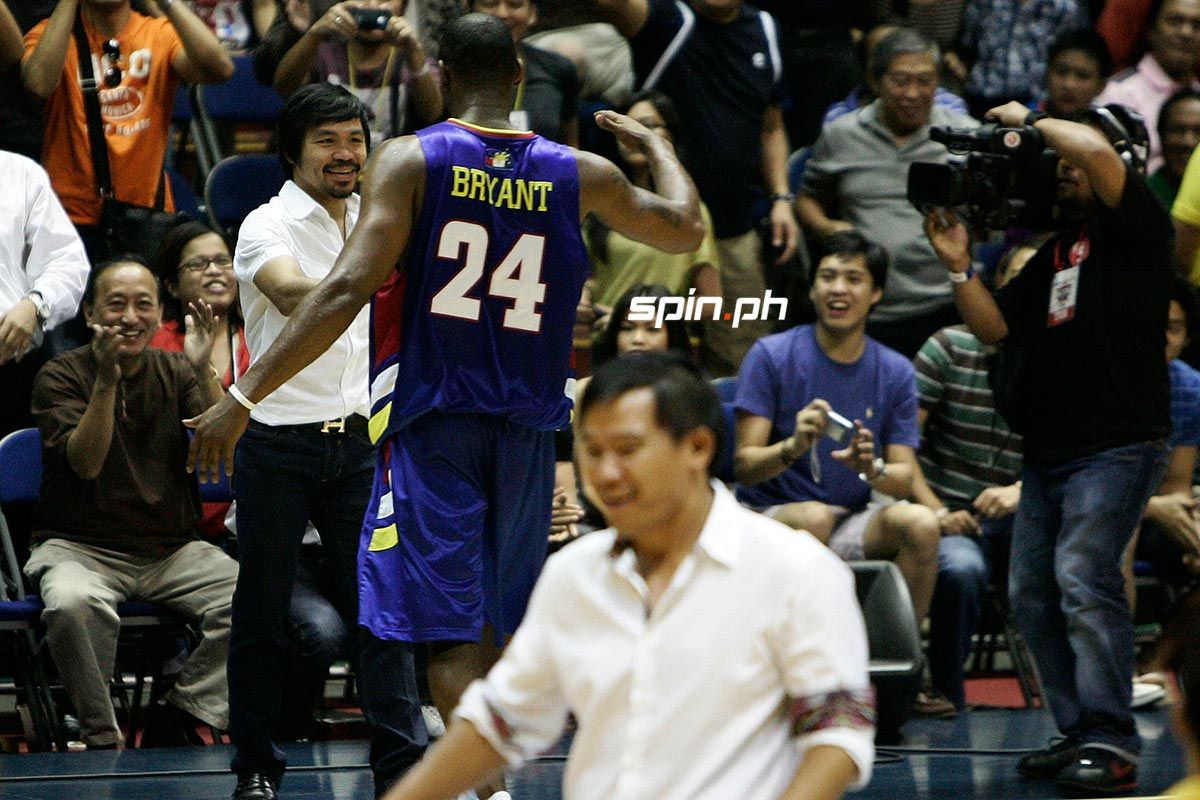 And all of them were given a treat.

The first game truly was an all-star atmosphere, with the crowd roaring for every slam and McGee putting on a show, dunking his way to 25 points as the All-Stars took the 131-105 win over their PBA counterparts.

Unbelievable was the experience for the players that even Arwind Santos, representing Petron Blaze, took the opportunity to post up Bryant to no avail. He did lead the PBA delegation with 25 points to his name.

The second game, however, was more serious.

Smart Gilas brought its A-game as coach Rajko Toroman shot for the upset.

Japeth Aguilar posterized Durant with a thunderous slam early on and even had two big blocks on Bryant.

But like mere mortals, the Nationals got overwhelmed by their NBA idols as the Smart All-Stars team took hold of a 19-point lead, 79-60, heading into the fourth quarter.

That was when Smart Gilas buckled down to work, cutting down the lead to single digits.
JVee Casio buried a big trey in the final minute to make it 96-89, but Williams iced the game with a windmill for the final count of 98-89.

Bryant led the Americans with 17 points, with McGee and Durant adding 16 apiece. Casio paced the Nationals with 16.

It was just the workout Smart Gilas needed before heading to the 2011 Fiba Asia Championship in Wuhan.

"We tried to push the ball, shot well, and even had the chance to keep it much closer. It was practically a great experience for the team," said Toroman of his crew, which also had Chris Lutz, Marcio Lassiter, Chris Tiu, Dylan Ababou, Mac Baracael, Mark Barroca, and Jason Ballesteros. 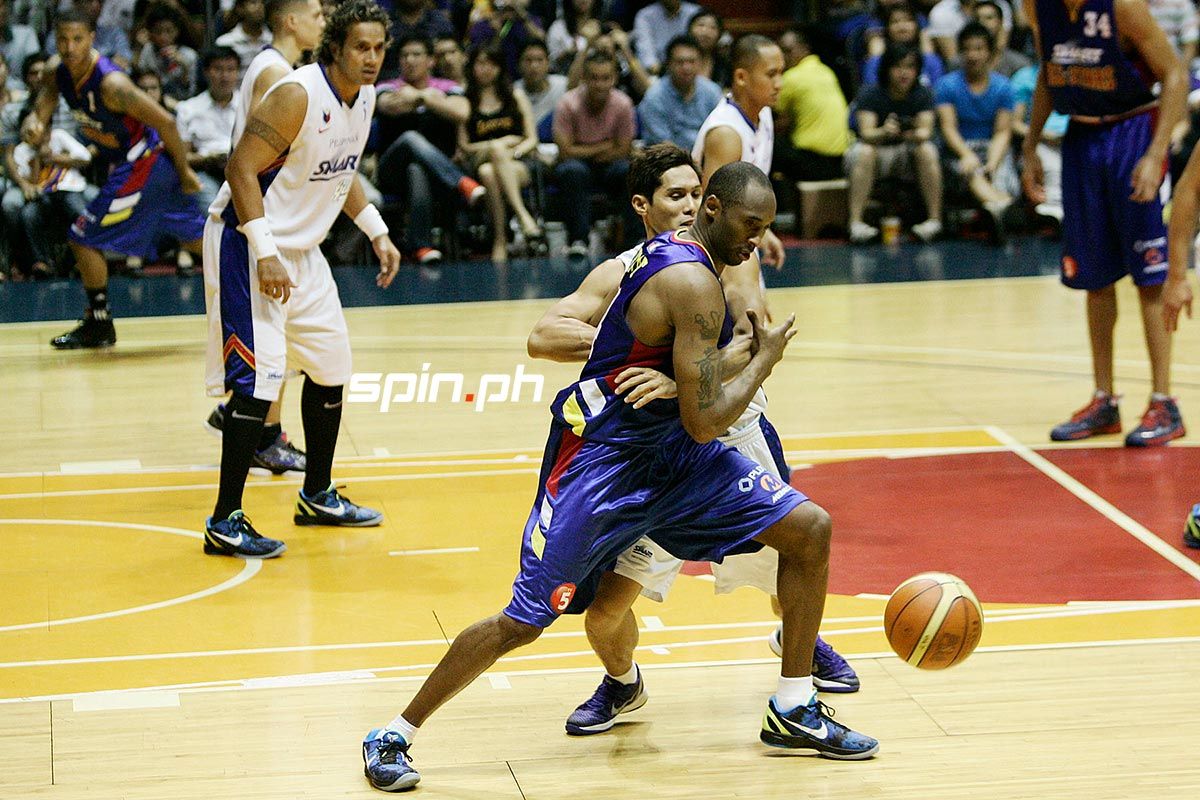 McGee, who loved his experience in the country, even considered being a naturalized player for the Philippines in the future.

Bryant, speaking in behalf of the group, expressed gratitude for the heartwarming experience they had here.

"It’s been a tremendous honor to play here," he told in front of a sold-out crowd. "Thank you for the love and support and the passion that you have in the sport. I hope this won’t be the last."

It certainly wasn't, but that's a story for another day.