VanVleet hit 13 of 22 shots for the Raptors, who avenged a 15-point opening night loss at home to the Wizards two weeks ago.

Svi Mykhailiuk and Gary Trent Jr. each added 15 points for Toronto, which spent the final 34 minutes with a lead that reached 16 in the third quarter. 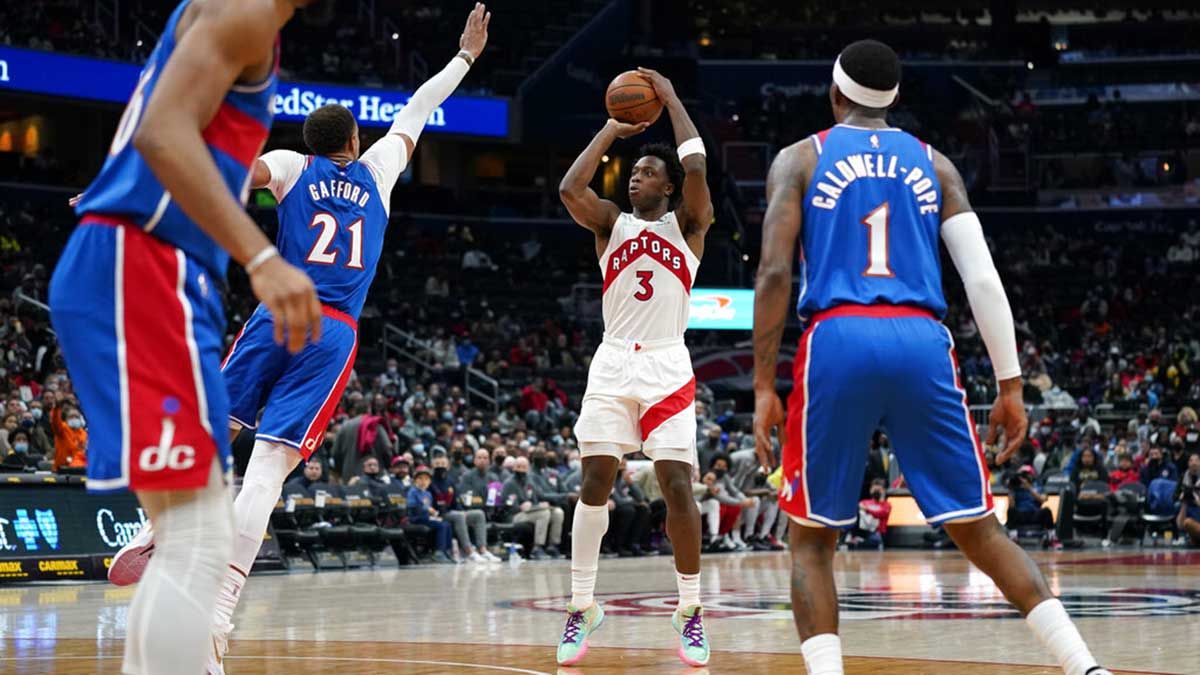 Bradley Beal scored 25 points to lead Washington, which suffered consecutive losses for the first time this season while shooting 8 of 32 (25%) from 3-point range.

Montrezl Harrell added 15 points and 10 rebounds for the Wizards, who lost despite leading 23-6 in second-chance points and 40-34 in points in the paint.

VanVleet gave Toronto its largest lead when he poured in seven consecutive points on a 3, a driving layup and two free throws to stretch it to 66-50.

With Toronto still up 10 in the fourth, Beal hit a pull-up and Harrell sank a leaner to cut it to 103-97 with 3:53 left. VanVleet answered with a running layup, and the Wizards made only one of their last six shots.

Toronto rapper Drake voiced his desire on Instagram for a WNBA expansion team in his home city earlier Wednesday. Before the game, Nurse was asked his opinion.

"I think it would be great. I think Toronto should have a team," Nurse said. "All of us living up there know that this is like a golden age, the number of people playing, the amount of talent pouring out of a lot of cities up there. Both boys, girls, men, women, everything. I think the women should be represented. And Toronto with a WNBA team I imagine would be wildly successful."

WNBA commissioner Cathy Engelbert said before Game 1 of the WNBA Finals last month the league is in the process of evaluating potential future expansion cities.