PHILADELPHIA — Julius Randle scored 31 points, including eight straight during a key fourth-quarter stretch, to lead the New York Knicks to a 103-96 victory over the short-handed Philadelphia 76ers on Monday night (Tuesday, Manila time).

Philadelphia was without four-time All-Star Joel Embiid and three others due to the NBA's health and safety protocols, which are for players who have tested positive for COVID-19 or been in close contact with someone who's tested positive.

RJ Barrett added 15 points for the Knicks, who won their second in the last five. Randle also had 12 rebounds.

Andre Drummond started in place of Embiid, and had 14 points and 25 rebounds. Furkan Korkmaz added 19 points for Philadelphia, which had a six-game win streak snapped.

The Knicks led by as many as 19 points in the first half and looked on their way to a blowout, but Philadelphia used a 25-14 third quarter to pull within 72-69 entering the fourth. The 76ers got within one on multiple occasions in the final period, the last on a 3-pointer by Georges Niang with 5:01 left that made it 89-88.

Then Randle took over. He converted a driving layup and then a pair of 3-pointers, the second giving the Knicks a 97-91 lead with 2:54 left. New York took a comfortable 100-91 lead on Kemba Walker's three-point play with 2:19 left.

ESPN, citing sources, reported earlier Monday that Embiid tested positive for COVID-19. Neither the 76ers nor coach Doc Rivers would confirm a positive test. Rivers said before Monday's game that Embiid was "struggling."

"It's not going great. He's struggling with it. Similar to Tobias (Harris)," Rivers said. "It's clearly is a concern."

Embiid is the fourth member of the Eastern Conference-leading 76ers sidelined during to COVID-19 protocols, joining Harris, Matisse Thybulle and Isaiah Joe. Rivers said an unnamed staff member was also out.

Embiid, who missed his second game of the season Monday, is averaging 21.4 points and 9.4 rebounds. Embiid also sat Nov. 1 for rest. 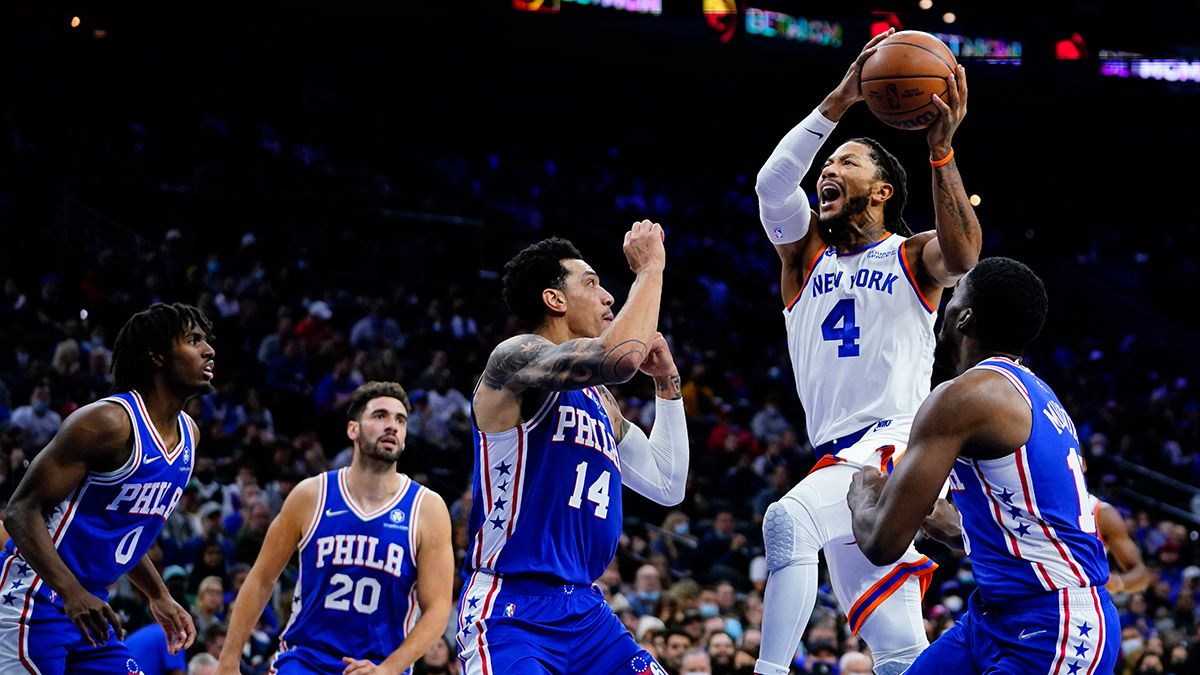 Derrick Rose and the Knicks get back on track, while ending the Sixers’ win streak at six.

Knicks: Walker returned to the lineup after missing Sunday's 126-109 home loss to Cleveland due to rest. He had eight points. … Mitchell Robinson (hip) didn't play. … Nerlens Noel (knee soreness) left with 4:16 left in the second quarter and didn't return. He had six points.