Rajon Rondo closing in on Jordan, Kobe in this all-time playoffs stat list

LEBRON James, Anthony Davis and the Lakers were there waiting. Kawhi Leonard and the Clippers were right on the doorstep.

One more win would have set up a Western Conference finals showdown between the Los Angeles teams, the top two seeds who share residence at Staples Center. It would have been the most eagerly awaited series at Disney World, turning Lake Buena Vista into LA-ke Buena Vista.

The Denver Nuggets ruined those plans with a resounding rout in Game 7 that may have taken the air out of the bubble for some, but the Lakers say meant nothing to them.

“We knew it was going to be a good game but our focus isn’t on the Clippers or the battle of LA, but more so what can we do to finish our season strong,” Davis said.

They can do it by beating the Nuggets to get to the NBA Finals for the first time since the Lakers won their last championship a decade ago.

The series starts Friday (Saturday, Manila time), with the Lakers coming off another long rest and the Nuggets facing another quick turnaround after making NBA history by erasing a 3-1 deficit for the second time in this postseason.

“Obviously I think the Lakers are probably the most-rested team in the bubble,” Nuggets coach Michael Malone said. “They’re taking care of business, so give them credit in that regard, but our guys seem to be pretty locked in to our next challenge coming up.” 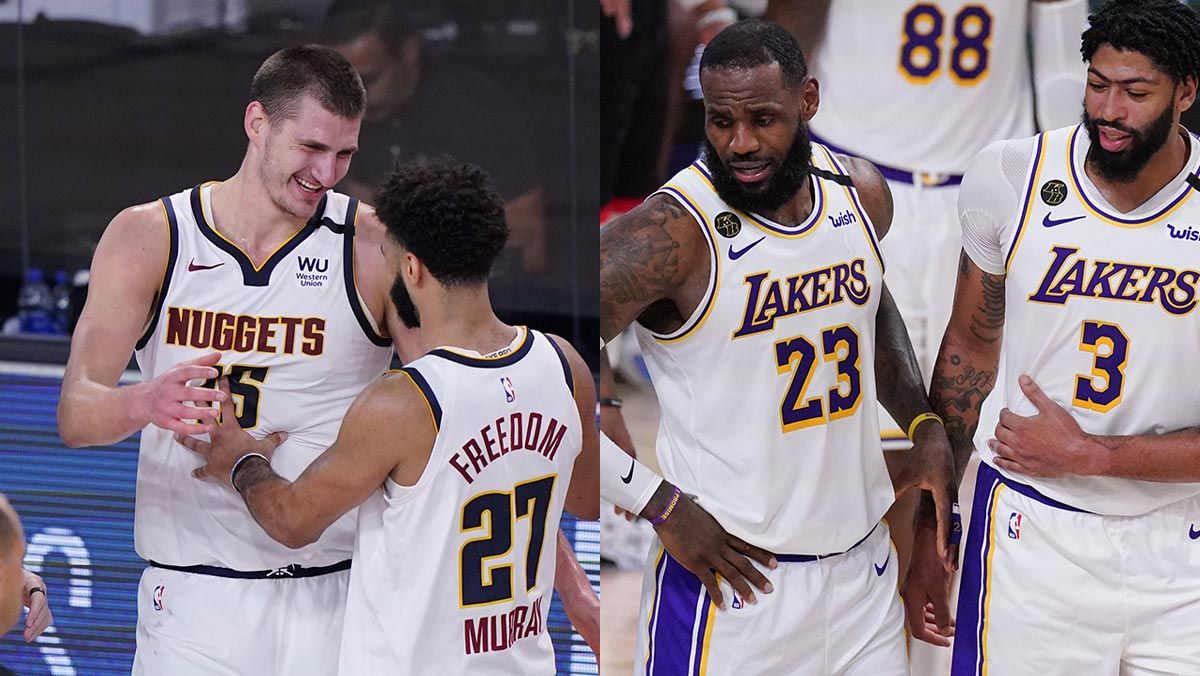 The Nuggets also went seven games against Utah in the first round. Malone said the biggest question in this series was whether his team was satisfied with making the conference finals for only the second time in franchise history, or was still driven to go further.

There’s no such question with the Lakers, built to win now with All-NBA first-team selections James and Davis playing together. Both averaged better than 25 points and 10 rebounds against Houston in the second round.

The Lakers dropped Game 1 against both Portland and the Rockets, then followed with four straight victories. They seem to get better as the series go on, which could be trouble for a Nuggets team that has been taking five games to play their best basketball.

“We still have a ceiling that we feel like we can get better and it’s our job to not put a cap on where we can go,” James said. “So we know as the series goes on we start to get more and more comfortable with our opponent, with our schemes, with our system of what we want to do and we hope to continue that in this series.”

The Nuggets don’t present the same story lines as the Clippers, but they certainly have the stars. Nikola Jokic and Jamal Murray have been two of the best players in the bubble, so the Lakers aren’t going to overlook the No. 3 seeds.

“We kind of surprised the Clippers and probably they don’t want to make that happen to them, so I think they’re going to be really focused and really locked in,” Jokic said.

Other things to know about the Western Conference finals:

Malone joked that the Nuggets tried to find a way to get to their preferred postseason spot.

“We actually did petition the league to see if we could just get right to it and start 3-1 down, save everybody a lot of time and catch up to the Eastern Conference, but that was shot down,” he said.

James said he expected to have no problem with a thumb injury. He said he hurt the thumb at some point during the series against Houston when he tried to block a shot and it banged against the rim.

Both Malone and Lakers coach Frank Vogel said they expected the Lakers to return to a more traditional lineup and use centers JaVale McGee and Dwight Howard as usual. They saw reduced playing time against the Rockets, who had no started taller than 6-foot-8.

Lakers guard Rajon Rondo has moved up to 11th on the career postseason assists list and needs seven to pass Michael Jordan (1,022) and enter the top 10. Kobe Bryant is ninth with 1,040.
___