The Hornets made 23 3-pointers, the most in franchise history in a regulation game. Their record is 24, but that came in a double-overtime game.

Devonte Graham was a difference-maker off the bench with 23 points on 6-of-7 3-point shooting to go along with eight assists, while Marvin Williams had 17 points on five 3s.

Together, Washington, Graham and Williams were 18 of 25 from 3-point range, offsetting the Bulls' 78 points in the paint. 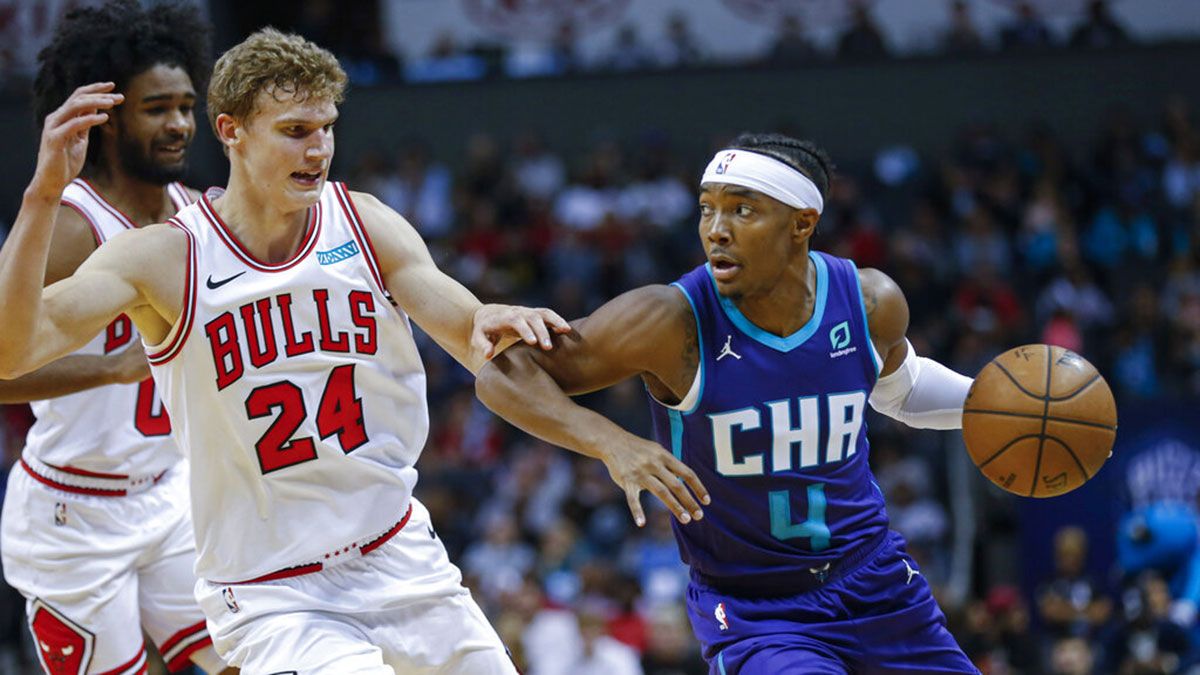 Lauri Markkanen led the Bulls with 35 points and 17 rebounds. Chicago also got a strong game from their top draft pick Coby White, who had 17 points and seven assists in his NBA debut in his home state.

Washington, who wasn't announced as a starter until 90 minutes before tipoff, hit 5 of 8 from beyond the arc in the first half and set a Hornets franchise record for most points by a rookie in a season opener.

Terry Rozier, Walker's replacement, struggled in his Charlotte debut with seven points on 2-of-10 shooting and wasn't even in the game in the final minute, instead replaced by the red-hot Graham.

The Hornets overcame a 10-point deficit with less than 6 minutes to play as Graham hit a pair of 3-pointers to ignite a rally. Graham also had two key free throws to put the Hornets up 3 late in the game.

Instead of going for a 3 to tie the game, Zach Lavine drove for a layup with 4 seconds left. The Hornets ran out the clock from there with the Bulls unable to foul.

Hornets: Coach James Borrego went with Rozier, Dwayne Bacon, Miles Bridges, Zeller and Washington as his starting five, a combination that has just 13 years of combined NBA experience. ... The previous record for points by a Hornets rookie in a season opener was Emeka Okafor with 19. ... Nic Batum left the game in the second half with a sprained hand.