Sixers overcome Embiid absence to down Celtics, improve to 18-2 at home

Embiid will have surgery Friday for a torn ligament in a finger in his left hand and will be evaluated in one to two weeks. Embiid, averaging 23.4 points and 12.3 rebounds in 31 games this season, tore the radial collateral ligament in the ring finger Monday night in a victory over Oklahoma City.

"I'm putting a blow torch, a bullet, many bullets into what we used to do," coach Brett Brown said. "Really. It doesn't fit. So it's on me to make it fit. We don't have Joel Embiid. So when I say, 'blow torch and bullet,' I mean it."

Mike Scott slid into the starting rotation, along with Al Horford, Tobias Harris, Richardson and Simmons. Simmons played center at times and drew a charge on Enes Kanter with 1:45 left in the first quarter. 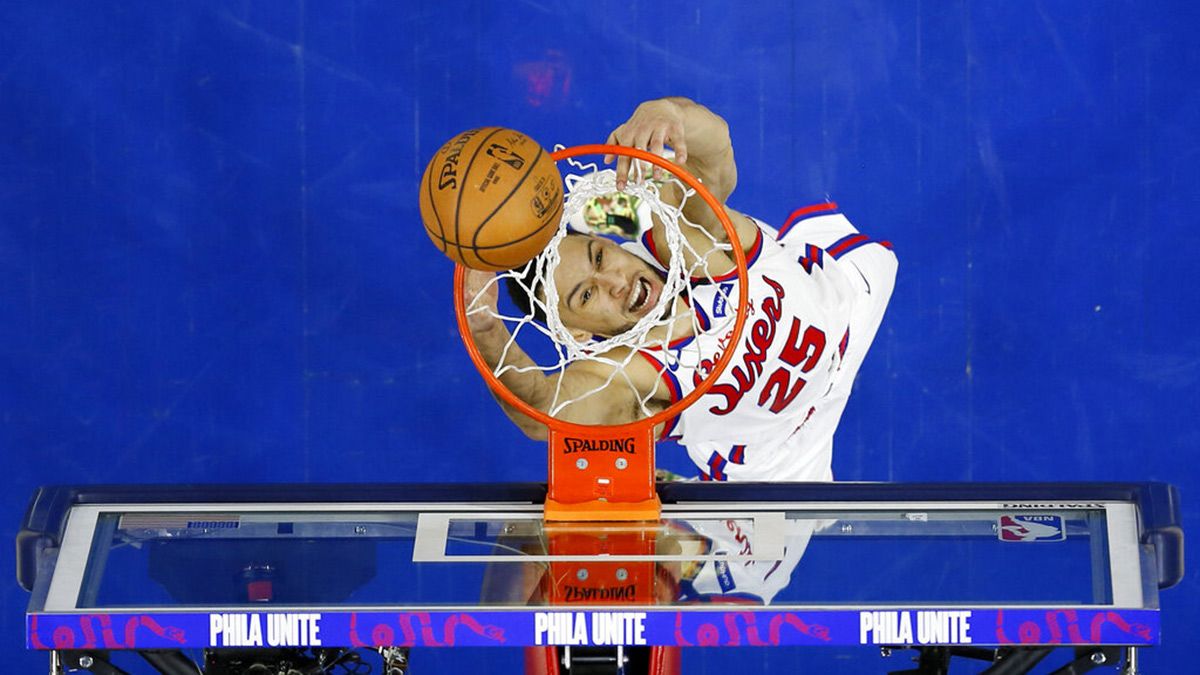 Ben Simmons goes for a dunk.

With Embiid out indefinitely, even the deep reserves are going to have to contribute to keep them afloat until he returns. That included Furkan Korkmaz, who buried a 3 late in the fourth that stretched the Sixers' lead to 91-87. Horford, who left Boston in the offseason to sign a four-year deal with Philadelphia, converted a three-point play for a seven-point lead. The Celtics pulled within two, but the Sixers used a 9-0 run to put the game away and improve to 18-2 at home.

The Celtics had their own injury scare when Kemba Walker, ejected for the first time in his nine-year NBA career a night earlier, sprained his left thumb. Walker ran into Scott and instantly clutched his hand late in the second quarter. Walker, who scored 26 points on 10-for-20 shooting, tried to shake it off but left for the locker room shortly before the Celtics took a 55-48 lead into halftime.

He looked fine when he returned to the lineup. Jayson Tatum and Walker hit back-to-back 3s to tie the game at 69-all in the third and wipe out a hole caused by the Sixers' 11-0 run to start the half.

76ers: F Matisse Thybulle returned from a nine-game absence with a sprained right knee. The rookie averaged 4.8 points before he was hurt.

The 25-year-old Embiid has struggled with injuries ever since he was drafted with the No. 3 pick of the 2014 draft. He missed his first two seasons with foot injuries and hasn't played more than 64 games in any of the last three. They're 4-4 this season when Embiid sits out.

76ers: At Dallas on Saturday night.