Devonte' Graham added 21 points for New Orleans, which was again without injured star Zion Williamson. Nickeil Alexander-Walker had 17 points for the Pelicans, who had a 21-point lead trimmed to four points late in the third quarter.

"To finally get one win, it's refreshing," said New Orleans coach Willie Green, who earned his first win as an NBA head coach. "You understand really quick how hard it is to win in this league."

Minnesota had its two-game win streak halted as its offense failed to find a rhythm until Anthony Edwards got the offense and the crowd going by scoring 21 of his 28 points in the third.

Karl-Anthony Towns had 32 points and 14 rebounds, and Patrick Beverly added 13 points off the bench.

"I felt like, for the most part, that our preparation, we kind of disrespected the game," Beverly said. "That comes with time. You disrespect the game and the game will come back and get you, and it did tonight."

A game after tying a franchise record with 30 turnovers, New Orleans was in sync early, using the extra pass to get its offense going. The Pelicans had eight assists as a team on their first nine baskets.

The Pelicans ended the first quarter on a 10-2 run to take control, and extended the run to 22-5 early in the second. The lead ballooned to 21 points before Edwards got involved.

"When you have 30 turnovers in a game, it's going to be hard to beat anybody," Graham said. "Take care of the ball. Seventeen (turnovers) is still a lot, but that's a good defensive team. We just stuck with it."

Much of New Orleans' lead was built with Towns on the bench.

Even with Towns on the court, Minnesota's offense was largely reduced to quick 3-pointers and one-and-done possessions with the Pelicans controlling the boards. 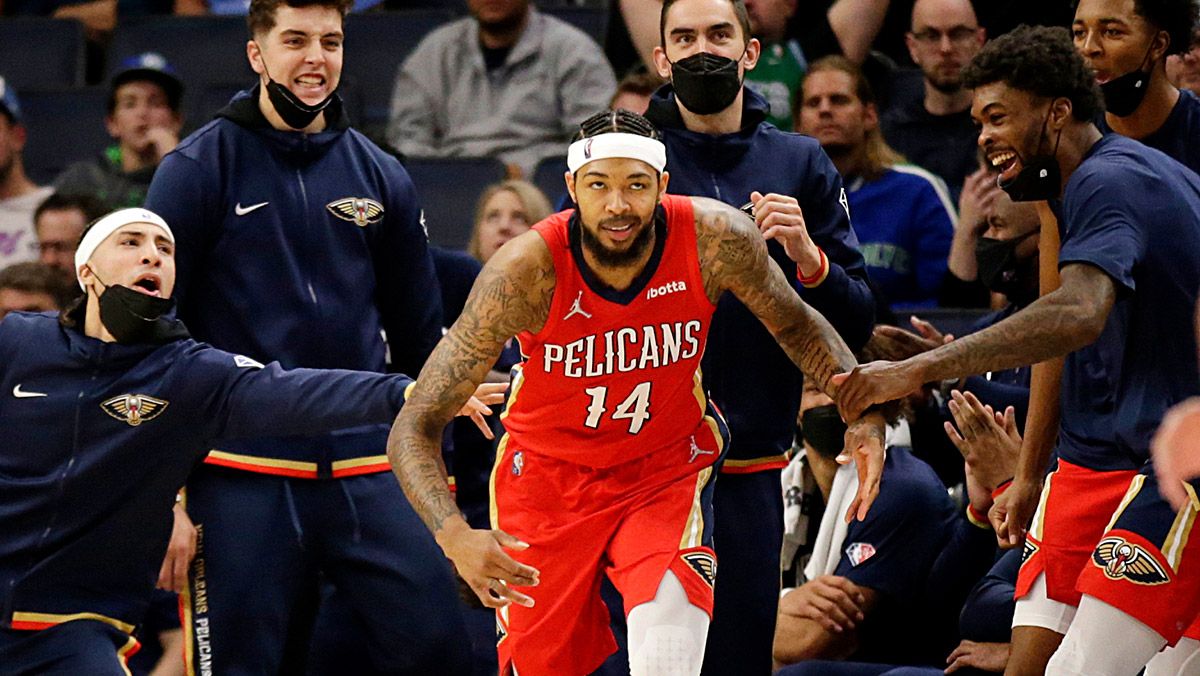 Brandon Ingram goes 11 for 21 in 36 minutes of action for New Orleans.

Edwards, the electrifying second-year guard, was held to two points in the first half on two free throws. Edwards and D'Angelo Russell were a combined 1 for 14 in the half, while Minnesota shot 6 of 24 (25%) from long distance.

"I think we take a lot of possessions that didn't need a shot, including myself," Towns said. "Forced. It's disappointing. We understand the magnitude of this game. We understood what the opponent was going to bring. But we just didn't bring it."

Ingram closed out the game with 18 points in the second half, including a big dunk in transition that helped halt Minnesota's momentum.

Part of his career-best rebounding performance, Valanciunas also had nine offensive rebounds. He played 39:19 and ended up taking a timeout in the fourth to get a rest.

"I've had several talks with him and I told him, 'We just going to ride you, big fella.'," Green said. "He actually called a timeout on his own because he was so tired. I just looked at him, I said, 'Just sit down the whole three minutes and get back on the floor, we got to finish the game.' But he's a warrior."

Edwards' run helped Minnesota get back in the game, but the early deficit was too large.

Edwards hit a 3 with 8:33 left in the third for his first field goal and quickly added a layup in transition to provide a much-needed jolt for the Wolves. His thunderous dunk over New Orleans forward Trey Murphy III brought the crowd to its feet.

Timberwolves: Travel to Milwaukee for their first road game of the season on Wednesday.