MADRID — Pau Gasol wants to return to the NBA next season but hasn't ruled out finishing his career in Europe.

The 39-year-old Gasol said on Tuesday he needs to be playing next season to give himself "a chance" of making it to the Olympics one last time.

The Spaniard said he is keeping his options open but going back to the Los Angeles Lakers would be an "attractive" option, as would be returning to a club like Barcelona in Spain.

He said a decision on his future will likely have to be made in September or October.

Gasol, a three-time Olympic medalist with Spain, has been out of action for more than a year because of a foot injury. He said the coronavirus pandemic has slowed his recovery process, but that was not necessarily a bad thing. 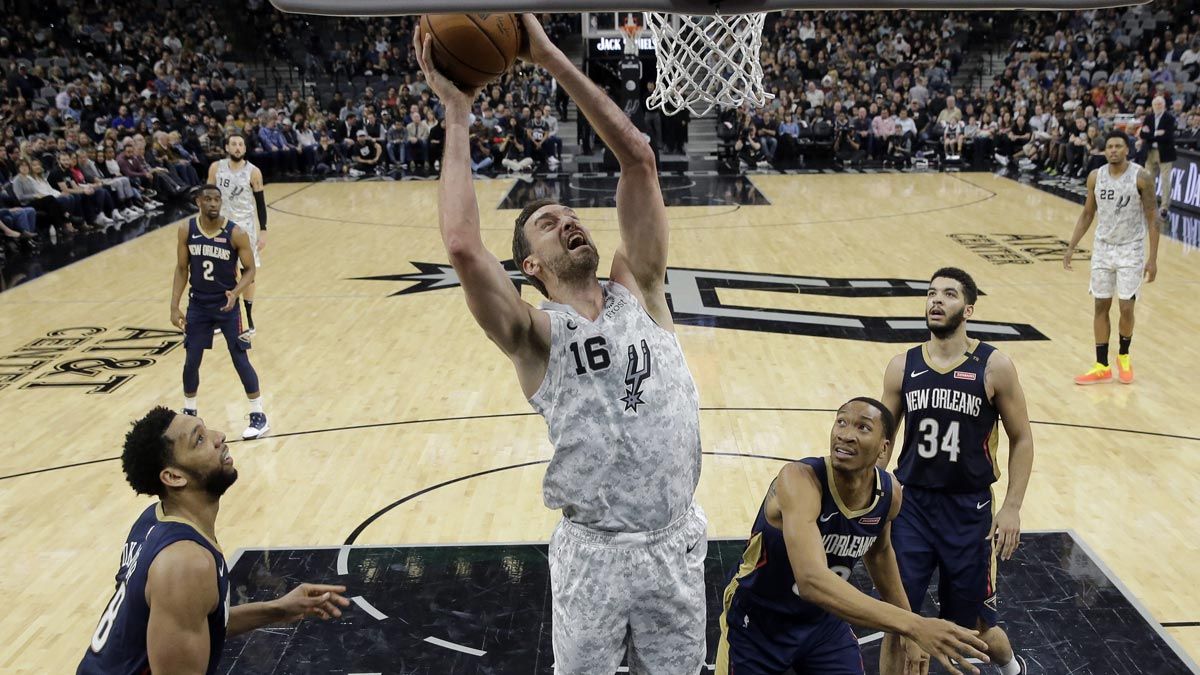 "I'm feeling good. I've had more time to recover," he was quoted as saying by Spanish media. "When I can start running and jumping I will have a lot more information to know for sure if the foot and the bone are consolidated for me to be playing professional basketball again."

Gasol won two NBA titles while playing for the Lakers, where he stayed from 2008-14. He started his professional career with his home team in Barcelona, where he played from 1998-2001. He also played for the Memphis Grizzlies, the Chicago Bulls, the San Antonio Spurs and the Milwaukee Bucks.

"My intention is to play another season if the foot is OK, either in the NBA or in Europe," he said. "A final season with the Lakers is attractive, finishing at Barça is attractive, but you have to see the real possibilities and see what situation would be best for the circumstances of the moment."

Gasol said it was positive that the NBA will be able to finish its season amid the pandemic but hoped the current format changes would not cause future conflicts for players wanting to play in the Olympics next season.

Gasol made his comments while launching a free online basketball academy that will run from June 28-July 4. His brother Marc Gasol and San Antonio Spurs assistant coach Becky Hammon will be among those participating in the virtual program.