Indiana won its third straight game for the first time this season — this one coming without coach Rick Carlisle, who entered the NBA's health and safety protocols on Thursday after testing positive for COVID-19. Assistant coach Lloyd Pierce replaced Carlisle on the bench.

Luka Doncic fell just short of his 39th career triple-double with 27 points, nine rebounds and nine assists for Dallas. Kristaps Porzingis added 22 as the Mavericks lost for the fourth time in five games.

The Pacers led most of the final three quarters, but Dallas used a 13-4 to jump out to an 80-75 lead late in the third quarter. Indiana answered with the final seven points of the third and the first five of the fourth to make it 87-80.

Dallas countered with seven straight to tie the score at 87. But Kelan Martin's with a 3-pointer with 8:21 left gave the Pacers the lead for good and they spent the rest of the game pulling away.

Sabonis has 21 double-doubles this season. 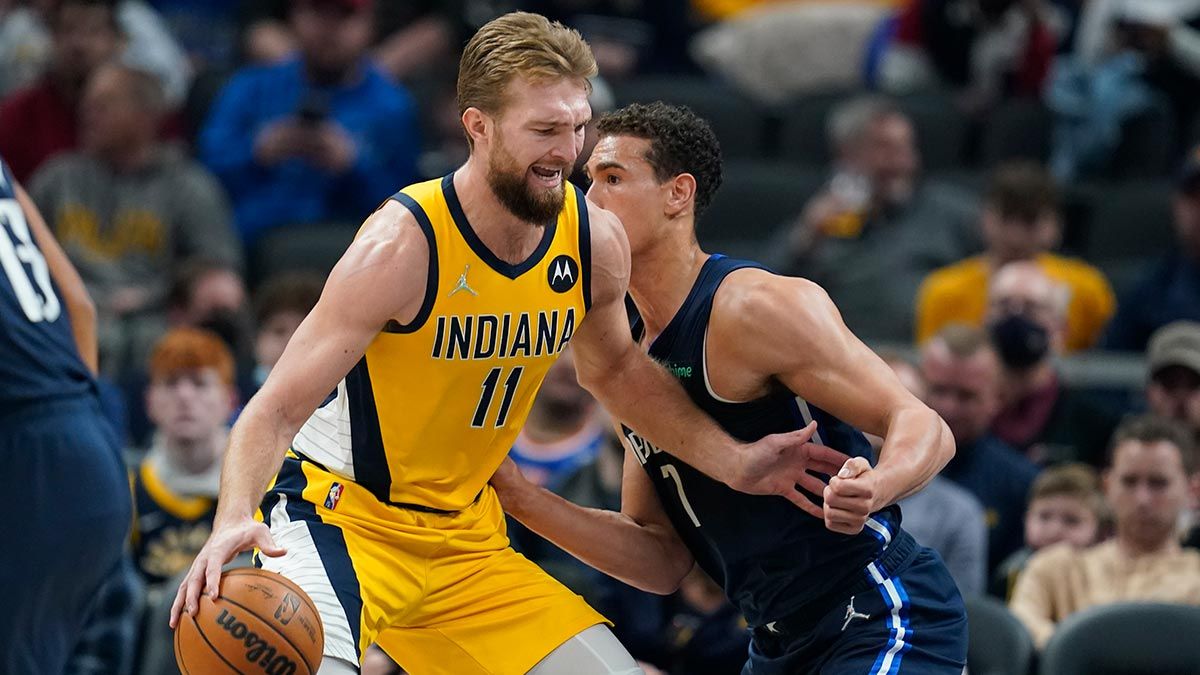 Mavericks: Tim Hardaway Jr. scored 15 points and Jalen Brunson finished with 14. ... The Mavericks were just 2 of 13 from 3-point range with nine turnovers in the first half. They wound up 4 of 29 beyond the arc and a season-low 14.3%. ... Sterling Brown (left foot) missed his third straight game and center Willie Cauley-Stein sat out again because of a personal matter.

Pacers: Myles Turner had 17 points and 10 rebounds. Malcolm Brogdon finished with 12 points and eight assists. ... Indiana had 18 assists on its 21 first-half baskets and wound up with 28. ... The victory snapped a streak of four straight wins by the road team in this series. ... Indiana played without T.J. McConnell (right wrist surgery), T.J. Warren (left foot) and Justin Holiday (health and safety protocols).

Mavericks coach Jason Kidd thanked Carlisle for his endorsement months ago. He just wanted a chance to shake Carlisle's hand and tell him face to face, but Carlisle's absence will likely postpone it until Jan. 29 when he returns to Dallas for Indiana's only other meeting against the Mavs this season.