Pacers could be facing roster revamp, but first need to make a decision about Bjorkgren

And he's not pulling the plug on coach Nate Bjorkgren. At least not yet.

After missing the playoffs for the first time in six years and amid a tumultuous final month, Pritchard used a 45-minute, season-ending video call to explain why he's still evaluating the first-year coach's fate.

"You don't win 34 games with a decimated roster without doing some good things, too," Pritchard said. "But there are some things that we need to do better, he needs to do better. Right now, no decisions have been made. We're not making a decision today. We don't make decisions in a vacuum, we take our time and to be honest with you, I'm being evaluated. I'm being evaluated every day."

Pritchard, like many players over the weekend, largely refuted reports about trade demands, whether team officials did their research before making the hire, and strained relationships between Bjorkgren and his players.

"Seeing those reports was really, really terrible," Warren said Saturday, denying he'd ever asked to be dealt. "Nate's been nothing but a great guy. Everybody loves Nate and it wasn't fair to him. It's just unfortunate that false stuff, like that, was being passed along through the internet. That wasn't cool."

Still, Pritchard said Bjrokgren acknowledged some shortcomings during a recent meeting, something Bjorkgren also did earlier this month publicly when he blamed himself for not forging stronger locker room bonds.

Exit interviews with players addressed other concerns. Pritchard said that while none expressed unhappiness with Bjorkgren, some described his style as micromanaging.

Pritchard believes the mounting losses and a long list of injuries were contributing factors to those sentiments. He said that with so many players out, others were asked to change roles, sometimes on a nightly basis.

Multiple players, including starting guard Malcolm Brogdon, said over the weekend they knew this season would be challenging for a new coach because of COVID-19 requirements and fewer practices. 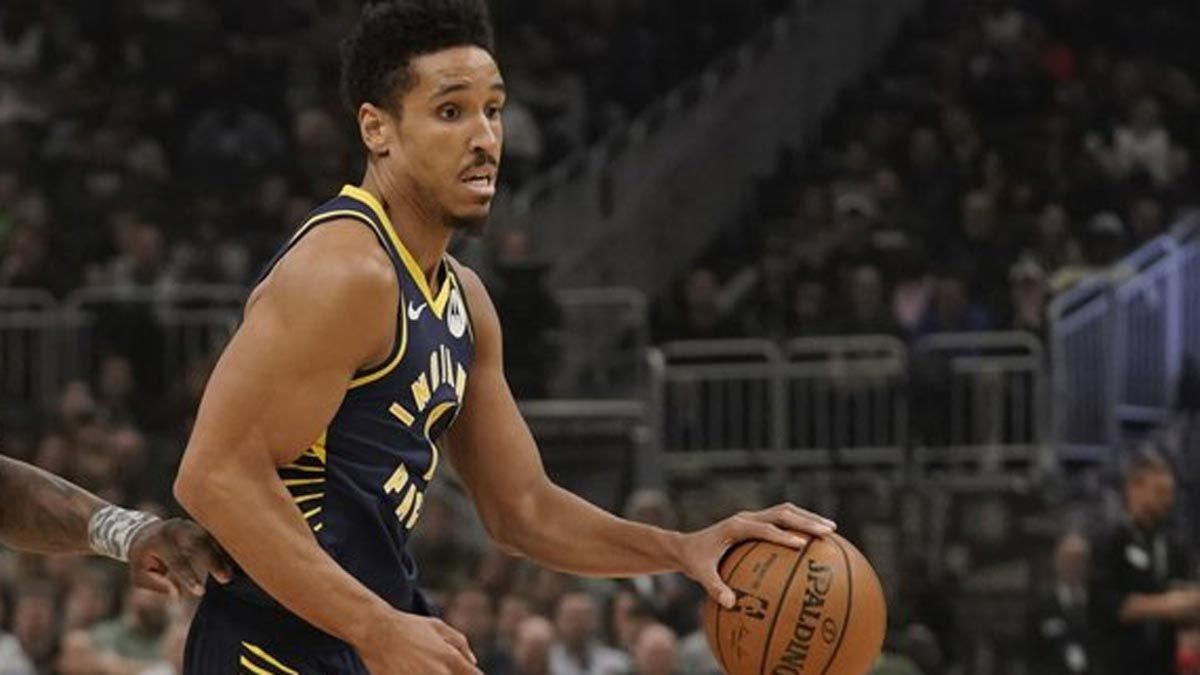 Bjorkgren hasn't spoken with reporters since Thursday's season-ending blowout loss at Washington in the play-in round.

Potential solutions, aside from hiring a third head coach in three years, include Bjorkgren delegating more of his duties and bringing in new assistant coaches.

Two areas will need to be addressed — defense and winning at home. The Pacers finished 25th in scoring defense, allowing 115.3 points a game, after losing Warren to season-ending foot surgery in December and Turner with his own season-ending foot injury in mid-April.

The result: Indiana posted its first losing home record in 32 seasons, in a mostly empty arena.

"If you don't have a really good wing defender in this league you have no chance. We needed T.J. Warren out there," Pritchard said. "I thought defensively we really suffered when Myles didn't play. We knew we were going to give up some on the defensive end (this year) and where we've made our hay in this league is we defended. That is something we've got to take a look at."

It could lead to roster changes.

First, though, Pritchard needs to make a decision about Bjorkgren.

"To go from a first assistant from a championship team to sitting in the head seat, you never exactly know how a guy's going to react," Pritchard said. "But that 12 inches is huge. It's just like going from GM to president. You can say you're going to be prepared and everything, but it's a totally new stress, a totally new responsibility and it's challenging.

"Every coach has to go through it. The thing I like about Nate is, I think Nate is going to be very self-reflective and hopefully he'll be a better coach in the future."